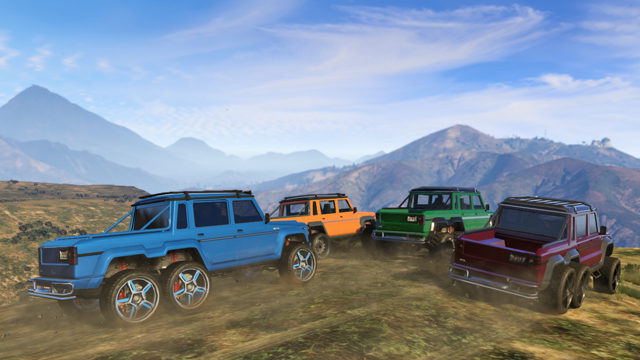 GTA Online’s most intense and high stakes mode (and also arguably its most popular) gets a new update dedicated exclusively to it- Rockstar has confirmed that The Last Team Standing update is now available for GTA: Online. The update adds powerful weaponry, tactical gear, high-performance vehicles and all-new Creation tools, as well as new Last Team Standing jobs, available in the Los Santos and Blaine County areas. In addition to all the big, wide sweeping changes, there are obviously more minor gameplay changes and enhancements too.

The new weapons include the Heavy Shotgun and the Marksman Rifle, the new vehicles include the Shitzu Hakuchou (a new motorbike), the LCC Innovation (a chopper), and the Lampadati Furore GT (a car). In addition to all of this,The Last Team Standing Creator mode is also now live, allowing players to create custom jobs.

Grand Theft Auto Online is the multiplayer component to GTAV. It will also be coming to the Xbox One, PS4, and PC, when GTA V launches on those platforms shortly.