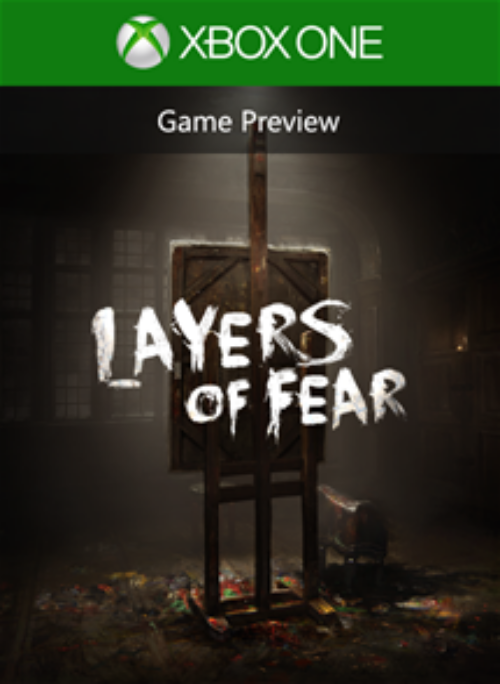 Layers of Fear is a first person horror adventure game developed by Bloober Team (Basement Crawl, Brawl) and Asypr Media. The game is at least partially inspired by the feel of P.T., the Silent Hills teaser developed by Kojima Productions that was subsequently cancelled. Layers of Fear is basically an homage to that demo. This game features a painter who wanders through a spooky, darkened house, attempting to solve a mystery about where his family has gone while losing his mind.

The game was released in Early Access on PC through steam in August of 2015 and went into the Microsoft Xbox One Game Preview program in October of 2015. The game was fully released on the PC, Xbox One and PS4 on February 16th 2016.

The first announcement of the game came from Bloober Team on August 8, 2015 when the development team announced they were working on a “psychedelic horror game,” that was based on PT and what it would be like to actually live inside one of those gothic paintings that depict certain scenes or individuals. During the initial announcement of the game, the company also announced it was releasing Layers of Fear onto Steam on August 27, 2015. On October 1, 2015 Bloober team announced it had enough people asking for the game to come to other computer platforms that it was indeed going to stretch the game to Linux and Mac. At the same time, the team announced it had received overwhelmingly positive reviews for its first person survival horror game.

On October 25, 2015 the developers announced the game was officially moving into the Xbox One Game Preview program. The team offered the game for a price tag of $12.99. The developers also said that while they had done the same thing with Steam Early Access, the title was much farther along when it came to the Xbox One preview program. Bloober Team actually said the game was about 80 percent done when it first went into the preview program. This early release for the Xbox One was geared towards bug fixes and smaller updates, according to the dev team. On October 29, 2015 the development team announced it had launched a new patch that was specifically geared towards celebrating Halloween. The patch included an events room that would allow people to “talk to a ghost” and ask it questions about the game. The development team pointed out this was a way to get people more involved in playing the game while also suggesting they should finish the title before they went into this event room.

On January 20, 2016 the company announced it was bringing the game to the PS4 while also announcing the full version of the game was going to be coming to the PC and Xbox One along with Sony’s console on February 15, 2016. At the same time, Bloober announced it had formally teamed up with Aspyr Media in order to help bring the game to all the platforms it planned during the announcement, the firm put out an announcement saying “We can’t wait to finally show the world the full scope of our masterpiece of fear,” said Piotr Babieno, chief executive officer at Bloober Team. Banieno went on to say that working with Aspyr was “pure pleasure” because that team seemed to understand what the Bloober Team was shooting for with Layers of Fear. The game officially launched on February 16th 2016 on the PC, Xbox One and PS4. 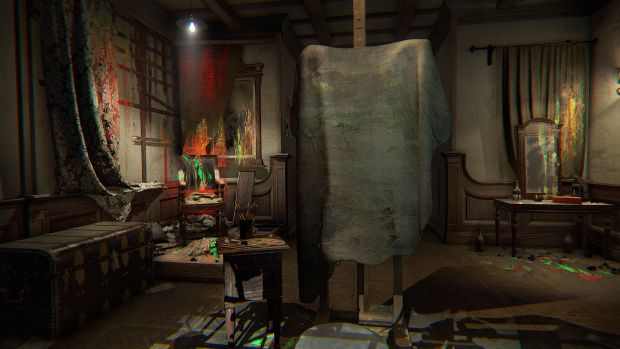 The game puts you in the center of a kind of mystery that is not dissimilar to what people saw with PT. The only difference is that Layers of Fear admits that the person you are playing as, is indeed insane. You play a painter in the 19th century who traverses his own house, trying to complete his “masterpiece”. He experiences paranormal events and flashbacks, thus providing clues as to the relationship with his wife and child. Throughout the journey, players are tasked with collecting different body pieces for the masterpiece. The game is about unraveling the mystery of the wife’s disappearance, the nature of the painter’s hallucinations and what will occur when the masterpiece is complete.

Like games like Gone Home, the entire story takes place inside a house and as you wander about this house, you will find out different clues about what happened in the story that you haven’t seen. 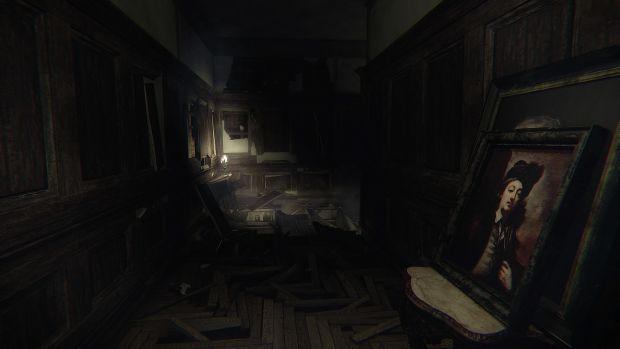 The gameplay consists of the player wandering about the house, attempting to uncover clues about what happened and where his family went. Most of the clues are out there for the players to find and there are also a couple of simple puzzles to solve, including doors and chests to unlock, etc. 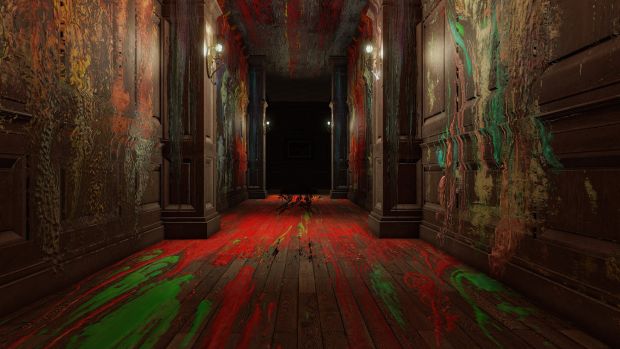 The only active character is the main character, that of an artist who has gone insane. The artist will move around the house, looking for clues as to what happened to his family, but doesn’t interact with any other living character. One patch that was geared towards Halloween did allow players to ask a ghost questions, though that particular ghost does not have a large presence in the game outside of the patch.