The remake has been in development since 2019, but when it launches is going to be entirely up to Konami, the developer says.

Speaking to people "close to the project," journalist Imran Khan says Konami has been "pretty good" at choosing partners.

Everything You Need to Know About the Future of Silent Hill

Silent Hill is coming back- here's everything you need to know about.

3D audio is also supported on the console, and "superfast data streaming" ensures players can explore the town seamlessly.

Bloober Team's Mateusz Lenart says the remake will feature the "best facial expressions" in the series' history due to state-of-the-art motion capture. 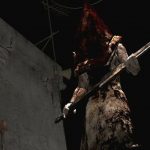 After nearly three years of persistent leaks and rumours, it seems Konami is finally ready to officially unveil the future of the Silent Hill franchise.

Christophe Gans, who is also directing the upcoming reboot, says several teams are working on the series with a "big line of games."

The first-person horror title is out in early 2023 for Xbox Series X/S, PS5, and PC with the tagline "horror reimagined."

Discover the source of your fears when the sequel arrives for Xbox Series X/S, PS5, and PC via Steam and the Epic Games Store next year.

Developed on Unreal Engine 5, the horror game is reportedly coming to Xbox Series X/S, PS5, and PC as per insider Tom Henderson.