Everything you need to know about Lego Marvel Super Heroes 2. 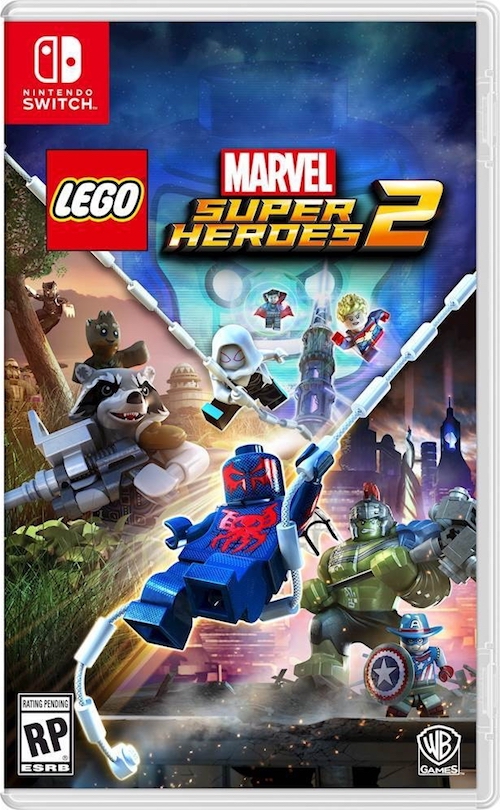 Lego Marvel Super Heroes 2 was released on November 14, 2017 to a middling critical reception, mostly saying that this is a Lego game with all the fan service with repetitive gameplay (such games have grown a reputation for), but appreciating the diverse locations the game pulls from.

Lego Marvel Super Heroes 2 was developed as a direct sequel to Lego Marvel Super Heroes, connecting the new game right over the post credits sequence of the last title. As the Marvel Cinematic Universe has progressed, the team at Traveller’s Tales has gained new material to work with, such as a modern appearance for the Guardians of the Galaxy, who featured in the last game based on Comic Book influences.

The story itself isn’t strictly driven by the Movie universe, in an IGN developer interview it was explained that the story was co-written by the team at Travellers Tales and writers at Marvel Comics. Influences from the Cinematic Universe come from the team wanting to draw in the young crowd who are mostly unfamiliar with the epic comic lore and want to see the funny Racoon and his friends they saw in that one movie do some cool stuff.

In the game, Kang the Conquerer is building his ultimate city, Chronopolis, by pulling worlds from their own time, allowing a hugely diverse set of locations from Wakanda to Ancient Egypt and beyond to appear as playspaces within the game. In addition to the larger world and larger story, Lego Marvel Super Heroes 2 features a larger character roster than before as well, which is crazy since the original title featured 180 heroes.

The 2016-17 Video Game Voice Actor Stike had a major impact on the presentation of the game, forcing a recast of almost all the major characters from Lego Avengers and the previous Lego Marvel Super Heroes game as those actors were all affiliated with the Screen Actors Guild. 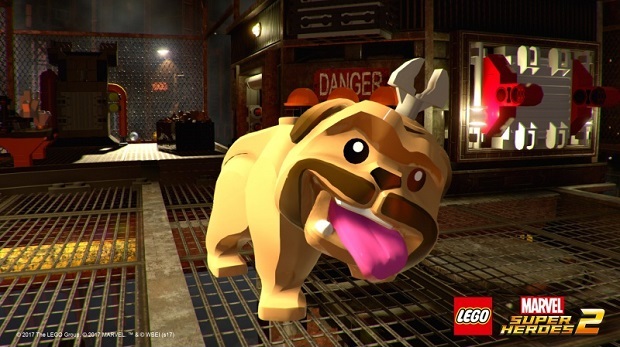 Taking place right after the ending events of the first game, where Starlord says the Guardians have arrived for some other purpose, Lego Marvel Super Heroes 2 features over 30 central characters in the story and over 200 for free play as they take on Kang the Conqueror, who is traveling through different timelines and realities, conquering them, taking their most famous cities and landmarks and merging them into his ultimate city, Chronopolis. This conquest takes superheroes from their dimensions and unites them against Kang as they work to prevent all universes from collapsing by Kang’s hand.

Various other villains also appear through the story, forced into working for Kang, though they have an uneasy alliance and some may turn against Kang in time, according to a developer interview at E3 2017. 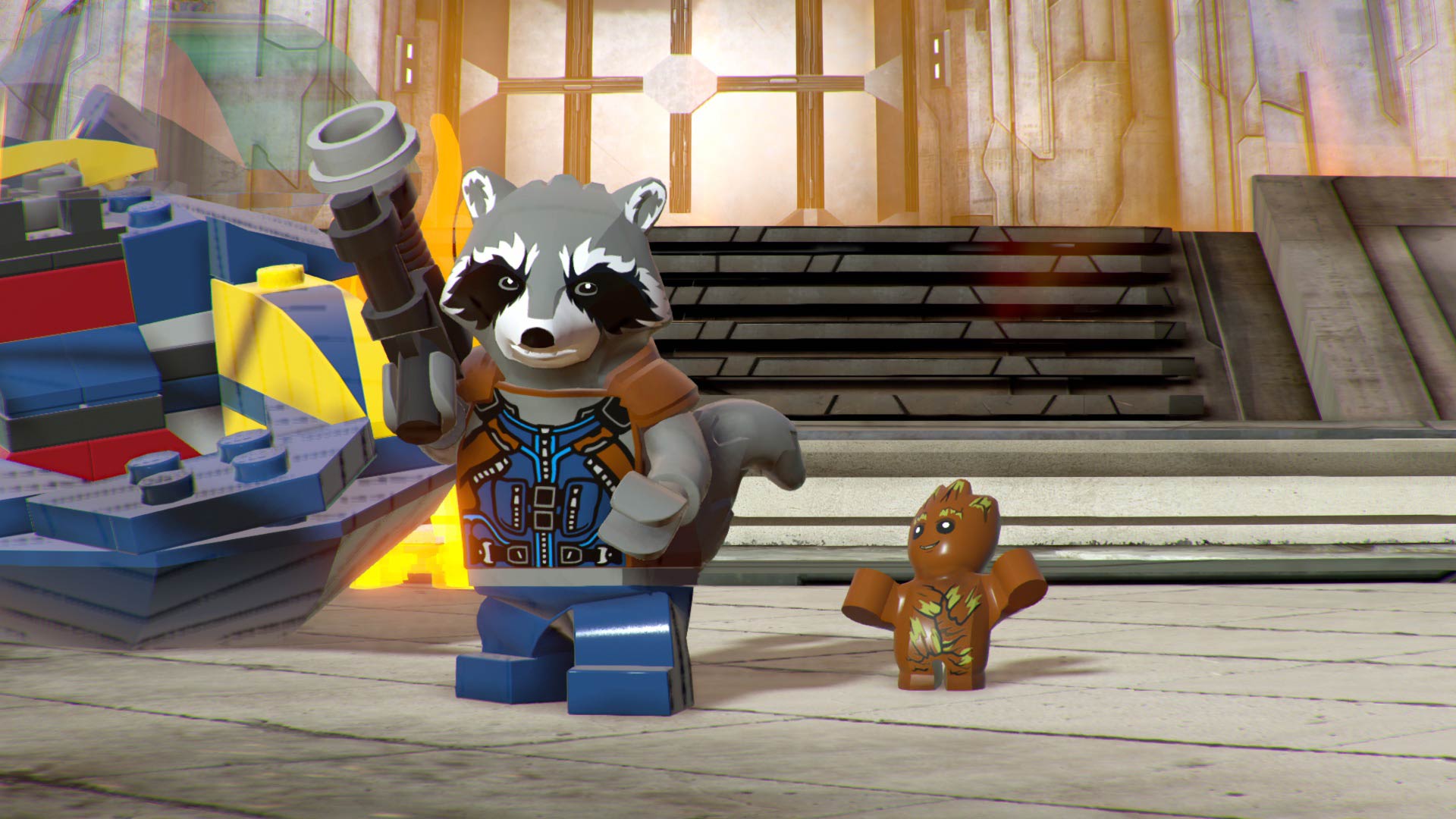 As with past entries in the Lego series, Lego Marvel Super Heroes 2 is a Third Person Action-Adventure game designed to be family friendly. Lego Marvel Super Heroes 2 moves between basic platforming, action sequences with basic combat, and puzzle-solving scenarios, as well as exploring the open world of Chronopolis. Chronopolis is a world comprised of Kang the Conqueror bringing universes together into his ultimate city, and very diverse locations such as Wakanda, a Marvel Noir version of New York City, the planet Sakarr and medieval era landmarks can appear together.

New to this game is the players ability to manipulate time, which can have a direct effect on puzzle solving and can effect certain characters. For the first time, a four-player competitive battle mode appears, which allows players to enjoy the games combat system in a competitive or semi-cooperative format as they team up to battle each other in the lightest of light fighting games ever created. 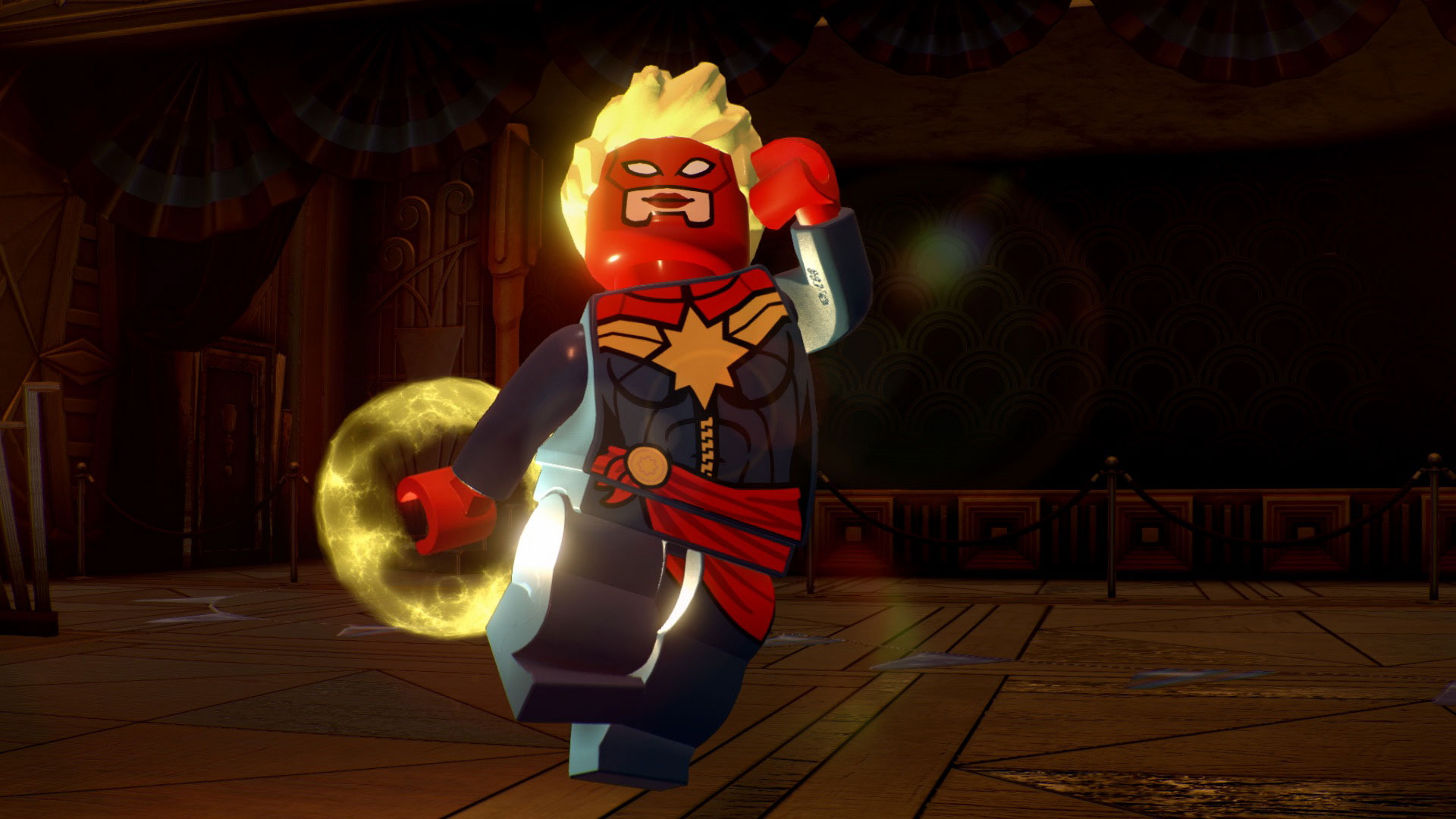 There are over 200 characters playable in Lego Marvel Super Heroes 2 and a handful more that act as NPCs. Listing out each of them is well beyond the scope of this Wiki, but we will discuss the major players we now know about.

Kang the Conqueror, voiced by Peter Serafinowicz, is a time traveling villain with roots really, really deep in the Marvel lore, who has the ability to move through time itself. He often uses this to his advantage with technology well beyond the comprehension of modern heroes, even someone as brilliant as Iron Man. Kang however, likes to toy with his enemies, which often results in his downfall. He’ll use advanced technology, but not advanced enough to not be impossible for the Avengers to take down his schemes and just get steamrolled.

The brains of the operation, organizing the literal legion of heroes working to undo Kang’s damage, is Cosmo. The Guardians of the Galaxy appear in a semi-prominent role this time, as they help link the events of the two games together and work together with the Earth heroes to stop Kang. Starlord is their fearless, sometimes in way over his head leader, with Gamora, Wisecracking Rocket Racoon, Drax the Destroyer and the ever popular Groot come along for the ride with him, and they all quickly split up with other heroes to take on Kang and his many cronies.

While it’s impossible to give even surface level biographies for all of the characters in this Wiki, the official story trailer does show off some of the faces we can expect to play as. The core team of Avengers including Captain America, Iron Man and Hulk are present, as well as Ant Man, Spider Man in several incarnations such as 2099. Other characters include Cyclops, Dr. Strange, Iron Fist, Spider-Gwen, Wasp, Beta-Ray Bill, a cowboy version of Captain America, Ms. Marvel, Loki, The Enchantress, Magneto, and Black Panther. They are just a fraction of the characters that can be unlocked within the game or play a role in the story.