A remake of a venerated classic. Just how good does it hold up?

Nostalgia is a powerful drug. It can make some stuff that seriously would not belong in today’s world feel like it was better than anything we have today. Nowhere do we see it more often than with video games, with people swearing that the barely interactive 8- and 16-bit pixelated drawings of their time were infinitely better than anything that the video games industry can put out today.

Sometimes, this nostalgia is well founded- games like The legend of Zelda: Ocarina of Time, Final Fantasy VII, Age of Empires II, Starcraft, Pokemon Gold and Silver, Halo: Combat Evolved, and Super Metroid are indeed masterpieces of game design that hold up extraordinarily well even today. But other times, the game is significantly diminished sans the nostalgia, and it turns out that our good memories of the game were just that, memories. In other words, if we were to play the game for the first time today, it would be pure and utter shit.

Unfortunately, that seems to have happened with Leisure Suit Larry: Reloaded. 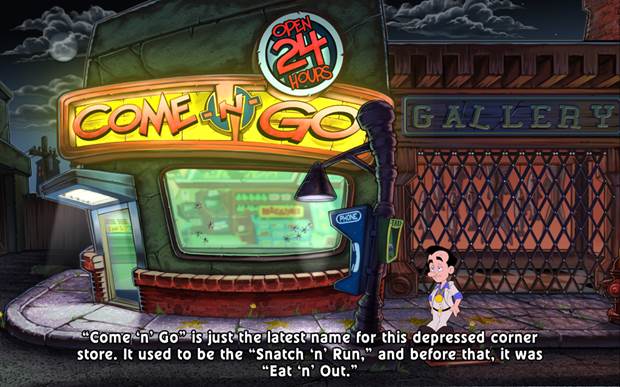 For those not in the know- and I assume there’s a lot of you, because the game in question is old- Leisure Suit Larry was an old, 1987 point and click adventure game released by Sierra, who were once the unchallenged masters of the genre. The new game is an enhanced remake of the original title, called Leisure Suit Larry in the Land of the Lounge Lizards. After a successful, crowdfunded Kickstarter campaign, the game was released to celebrate the original’s 25th anniversary.

"It's too faithful to the 1987 original, and it shows. The original game might have been great for its time, but it is positively archaic and antiquated today."

First impressions mean a lot, and Leisure Suit Larry does not disappoint in that regard. The original game has been lovingly recreated in modern aesthetics, with some great cartoon visuals in stunning high definition, while maintaining the distinct style of the original title. It actually makes an excellent first impression, and it makes you think that this here might be a remake done right: modernized just enough while remaining faithful to its roots.

And in fact, that might be just what the problem with Leisure Suit Larry: Reloaded really is. It’s too faithful to the 1987 original, and it shows. The original game might have been great for its time, but it is positively archaic and antiquated today, with obtuse puzzles with unimaginative solutions, actions that often demand perfect pixel hunting, and a whole lot of backtracking and returning to old locales. 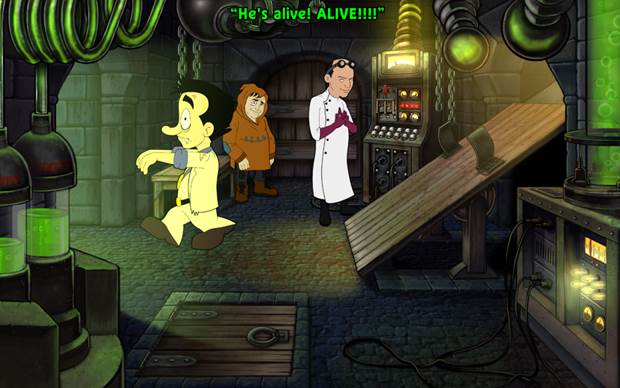 All of this is pretty much remade scene for scene, blow by blow, exactly as it was in the original. The only problem is, the original game launched in 1987. The new game launches in 2013. There are sixteen years separating the two, and all the evolution that game design and the genre has undergone in that period has been completely discarded and disregarded by Leisure Suit Larry: Reloaded.

"If you are looking for a top of the line adventure game that holds up with modern entries in the genre, stay away from Leisure Suit Larry: Reloaded. Nostalgia is a powerful drug, and it's the only way to truly enjoy and appreciate this one."

One thing that used to stand out about the original game was its sense of humor, replete with wry references to pop culture, and some not very subtle innuendo at all.

Both have made it to Reloaded, although obviously, the pop culture portion has been updated a bit to reflect new developments (such as one memorable joke involving modern smartphone games).

The humor is as good as it ever was- as a matter of fact, many fans would probably appreciate it a whole lot more now than they could back in the day- and honestly, that is probably the best part of the new game.

The jokes in the original game were handled with care, and they make Reloaded worth playing, even as the entire title seems to fail entirely on a gameplay and interactivity level. 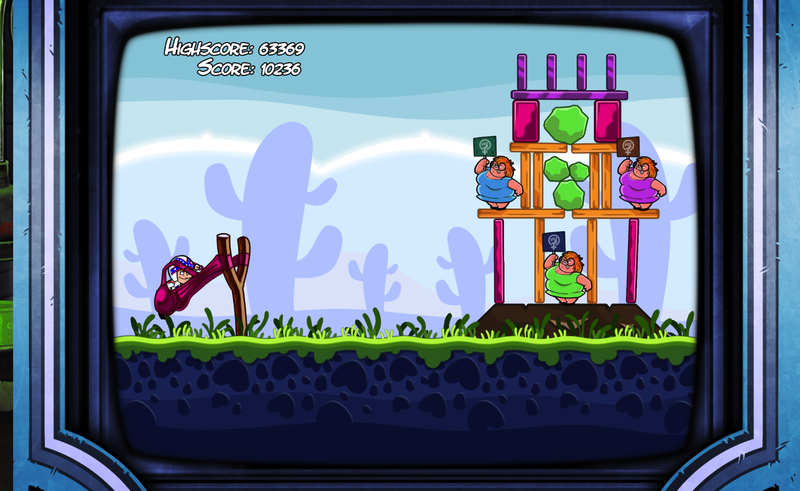 Leisure Suit: Larry is really a hard game to recommend. It’s completely dated. and in many ways, it feels like the creators took the much venerated original game and just repackaged and re-released it today, updated visuals notwithstanding. And yet, on the other hand, there’s just a lot about it that still works today, notably its humor, which somehow hasn’t dated as much as you would expect. And there might be fans of the so called Golden Age of Point and Click adventure games, who just want to relive some of the old days. Nostalgia, after all. It’s a powerful drug.

If you’re one of those- a fan of the original game, or a fan of the genre’s glory days- feel free to get it. It’s not as good as you remember, but it still works, if only as an exhibit of gaming history. If you’re interested in that, by the way, you should get it as well. However, if you are looking for a top of the line adventure game that holds up with modern entries in the genre, stay away from Leisure Suit Larry: Reloaded. Nostalgia is a powerful drug, and it’s the only way to truly enjoy and appreciate this one.

The sense of humor survives and is just as witty as ever, great visuals

The gameplay design is just archaic and outdated; it simply won't work in the modern era

Leisure Suit Larry: Reloaded works more as a piece of gaming history than a game, but it's still worth checking out for fans of the genre's history, or for those nostalgic for the original.

A copy of this game was provided by developer/publisher for review purposes. Click here to know more about our Reviews Policy.
Tagged With: Leisure Suit Larry Reloaded, N-Fusion Interactive, pc, Replay Games