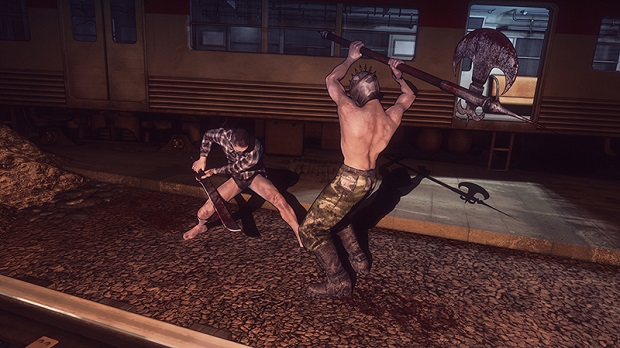 Let It Die is another eccentric game being produced by the guy singularly responsible for more eccentric games than the rest of the industry put together- Goichi Suda. It’s an extremely violent free to play action game that makes death its central theme, and unlike his previous efforts, that were either multiplatform, or went exclusive to Nintendo, it will be exclusively available on PS4.

For the time being, it looks like it will stay exclusive to the PS4, too. Speaking to WCCFTech, Let It Die‘s director Hideyuki Shin said that the game is planned to be PS4 exclusive only for now. That said, the game will be supporting an additional platform after all- in a manner of speaking. Apparently, the game will be enhanced for PS4 Pro, with support for 4K at that.

“Let It Die already runs at 60fps so there’s no upgrade for that, but we are a planning on having it to be 4K,” he said. Of course, it is unclear whether or not the 4K output will be native or achieved via upscaling, but given that the game isn’t particularly a technical marvel, and the PS4 Pro is strong enough to support quite a few less technically sophisticated games in native 4K – such as The Last of Us Remastered – I think this might just be native after all.

Let It Die will launch exclusively on PS4 by the end of this year.