Limited Edition 3DS XL Colors To Be Released In Japan

Get yours while supplies last. 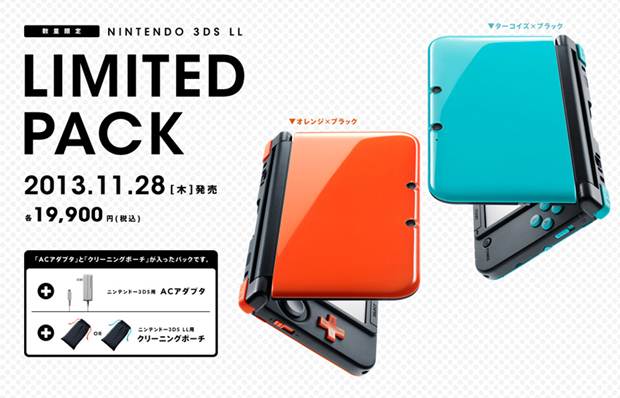 This announcement of the new limited edition 3DS comes in the wake of the news that production on all Wii consoles has been oficially halted. Nintendo is now focusing their efforts on the Wii U and the 3DS. The Wii U seems to be faltering as well, due to a lack of successful games thus far.

The 3DS, however, is still going strong. A number of hugely successful titles have been released and re-released to the adoration of fans across the world. From the looks of the Nintendo Japanese website, it seems as though there will be 19,900 of these limited edition handhelds, so get yours while supplies last.