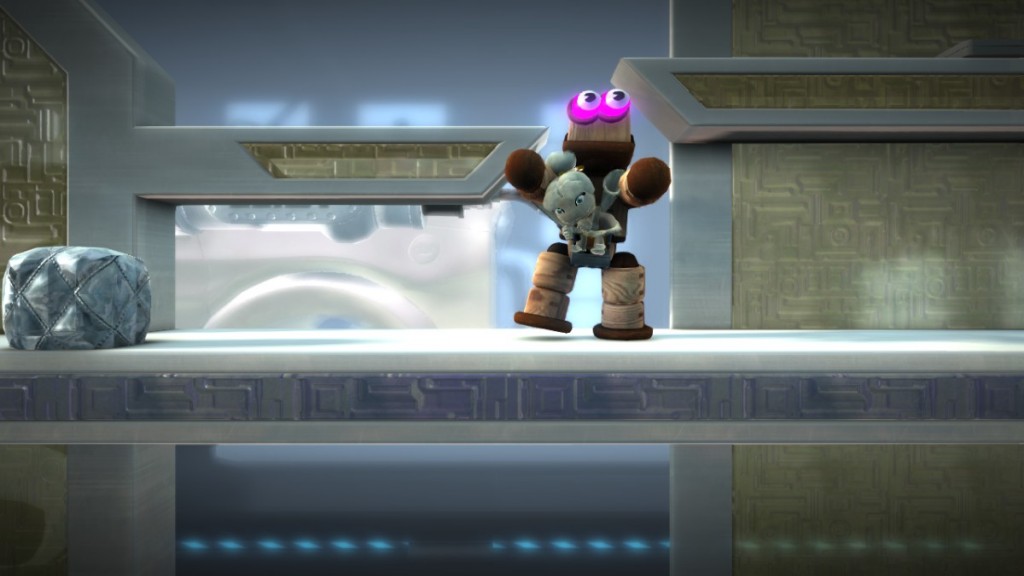 Media Molecule have released a patch for their platforming meta-game that fixes a long list of glitches and issues.

* Your Craft Earth should no longer obscure the pod when changing your PSN Avatar.
* If your POD was missing, blocked, broken or contained any create objects it shouldn’t have, it will now be reset to normal.
* A more accessible “Reset Pod” option is now available should your POD become broken for some reason! To access it:
o Pause the game / Press START
o Go to the Settings Menu
o Select Profile
o Select “Reset Pod Decoration”
The “Naux” glitch / corrupt Sackboy problem should now be fixed – your Sackboy will no longer be squishy and unable to swim!
* * DLC costumes and PODS that have been captured from community levels will no longer be selectable in pop-it. Anyone wearing a “glitched” DLC costume after patching will have it removed.
* Several improvements to overall game stability have been made.
* We’ve vanquished some evil code gremlins that were causing crashes and that has improved overall stability.
* Info bubbles that have long text descriptions (e.g. The sequencer) can now be scrolled in a fixed width text box.
* There is now a visual indicator showing how high a bounce pad will bounce you when tweaking it in Create mode.
* Stickers and decorations that are placed on Sackboy only will not appear in the used objects page.
* Level keys can now be deleted from Pop-it!
* You can’t watch the credits while already watching them after completing the game.
* It should now be possible to re-enter your shopping cart if you accidentally signed out when it had some items in it.
* Players will now be prompted to save the changes made to their level in Create when switching to Play Mode after having changed the Audio Reverb.
* Emitting and destroying spawn points in quick succession should no longer make the game crawl into the corner and weep.
* LBP1 sound objects should now be correctly imported when using the option to do so when booting the game.
* It is no longer possible to access level links to LBP1 Story levels that you have hearted.
* The Clank Costume has green eyes again!