Posted By Rashid Sayed | On 13th, Sep. 2009 Under News | Follow This Author @GamingBoltTweet 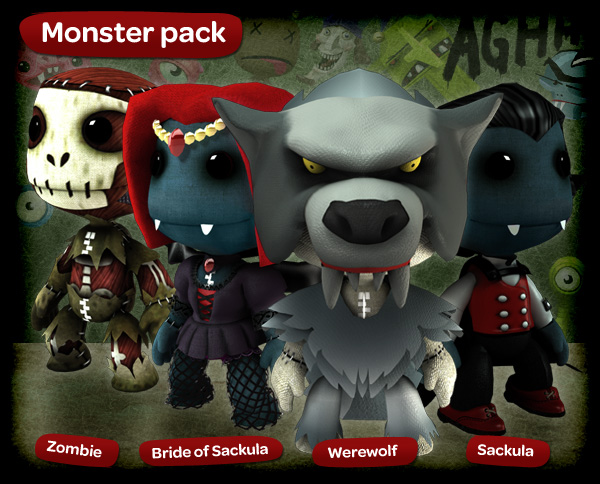 LittleBigPlanet has been getting tons of expansion packs since launch, Customes, Level Packs, and stuff like that.

Now Media Molecule will be releasing the “Monster Kit” retailing at $3.99

The Kit will include ready made pieces, such as body parts, as well as some new materials such as fish scales, fabric, etc.

There will be 26 decorations, such as tentacles, and thats not all… there will also be a collection of 96 monster theme stickers as well as some new Monster theme songs.

The Monster Kit will also include 4 new SackBoy costumes,  Sackula, Bride of Sackula, Werewolf and a Zombie.

The Monster Kit will be available on May 21st