GamingBolt recently had the chance to interview Eric Fong, Associate Producer of Sony Computer Entertainment America. We talked about their upcoming PS3 platformer, LittleBigPlanet 2, and about all the differences it will and will not have from its predecessor, and how it will be a much more refined, better game. 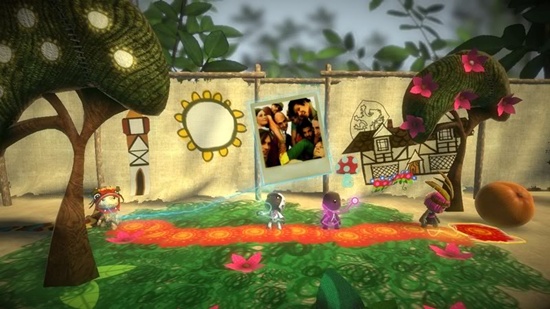 GamingBolt: One main problem about LittleBigPlanet was its clunky platforming. While everyone liked the create, play, share idea, the platforming, which is supposed to be central in a platforming game, was not very good. How do you plan to improve that in LBP2?

Eric Fong: I think some people love aspects of the platforming in LBP and some don’t.  However, I think changing the feel and handling of the game would fundamentally change the experience and possibly invalidate the over 3 million levels that have been published.

GamingBolt: We have been given immense freedom this time. Not only can we create levels or character models, we can even edit camera angles and the like! Where do you guys get these creative, fresh and innovative ideas? And what other changes do you plan on offering in Sackboy’s next outing?

Eric Fong: Media Molecule is definitely the most creative group of individuals I’ve had the pleasure of working with.  But a lot of credit HAS to go to the online community and the countless number of people that have uploaded and shared their creative gems with the rest of the world.  The fans took LBP1 to the limits of what was possible, far exceeding any of our expectations, and the team took a lot of that creativity as the framework for LBP2.  We discovered people wanted to create entirely new games (not just levels) and that became the mantra of LBP2.  Tools like the camera angle seem fairly mundane, but really impact a creator’s ability to tell a story or create the illusion of movement, depth, even gameplay perspective (as with the case of a top-down shooter).  Also keep an eye out for Sackbots, customizable non-player characters that are essential for things like machinima, crafting a narrative, or creating new game modes and The Controlinator, a tool that allows YOU to directly control your creations, allowing you to bind things like direction and speed to your controller.

GamingBolt: Can we expect new Sackboy skins this time around? Perhaps Sephiroth or Cloud?

Eric Fong: There’s a veritable cornucopia of new skins, costumes, and accessories.  Unfortunately, I can’t comment on any specifics (that would ruin the surprise).

GamingBolt: LittleBigPlanet 2 seems to be moving over the confinements of the platforming genre. We know now that players will be able to create racing, puzzle, RPG and other types of levels. Can you delve a but deeper on that?

Eric Fong: Again, I think players really pushed the envelope with the tools in LBP1.  People were finding ways to make things like side scrolling shooters, but the game just wasn’t designed with that sort of gameplay in mind.  For LBP2, the team really had to fundamentally shift their philosophy to meet the demands of the fans.  To really achieve what it was players wanted, the team needed to introduce new concepts – like The Controlinator.  In LBP1, if I created a giant robot, I’d need a separate switch to move the arms, legs, jet pack, etc.  I would then have to position Sackboy at the correct switch, then turn on each appropriate switch to do something very basic.  In LBP2, The Controlinator simplifies the process, so now the analog sticks control the arms, the shoulder buttons control the legs, and X controls the jet pack.  As you can imagine, this allows for a variety of new game modes, such as pattern matching games (hit the X or O buttons to the beat) or change the pitch of the camera while you’re in a tank and you’ve got a top down shooter. These are just some of the possibilities we’ve considered.

GamingBolt: LBP had a ton of creation tools, all of which offered great depth and freedom. Any new, whacky creation tools in LBP2?

Eric Fong: There’s a variety of new tools (some of which I’ve mentioned).  But, I think the most important tool is going to be the collective creativity of the fans.  If LBP1 taught us anything, it’s that no matter how creative the development team is or how good the tools are, it pales in comparison to what the fans can come up with or the creative ways in which they use the tools.

Eric Fong: LBP sort of has a life of its own, so there’s no telling what the future may hold.

GamingBolt: With a game like LBP that focuses so much on networking, have you felt it has been to your advantage, working with Sony’s PlayStation network over Xbox live or PC online communities?

Eric Fong: I honestly could not see LittleBigPlanet on any other platform – either because of technical limitations with hardware, or because LBP needed the right online community to really prosper and succeed.  I think we’ve got some of the best and most sophisticated fans out there.

GamingBolt: Do you think games should be taken seriously as an artistic platform? Would you say LBP is art or perhaps more a canvas? Following that can LBP therefore be seen as a game in the traditional sense?

Eric Fong: I think it really depends on the game and what your definition of art is.  For me, art (at its most basic level) is something that evokes an emotion or makes you stop to think – something that video games can definitely do.  What separates video games from interactive art is the real question – and I would argue it’s the application of game/utility theory, something unique and specific to this genre.  If anything, I would classify LBP as art and that the canvas was part of that art.  The platforming aspect of LBP is definitely gaming in the traditional sense.  The create and share aspects of LBP?  That’s a tough call, but can see the arguments for and against it.

GamingBolt: Do you think there is a set amount of time that must pass before releasing a sequel to a game? How long must that be, and do you think one can wait too long?

Eric Fong: There are a lot of factors that determine the launch window of every game.  I will say that every game is different and that each game has it’s own optimal ‘sequel release schedule’.  Can you wait too long?  Again, it depends on the game – time can either work for you or against you.  Nostalgia has a funny way of making you forget all the bugs or problems of your favorite games.  But waiting can also burn up any name recognition or brand equity you’ve built up.

We want to thank Sony Computer Entertainment America, and mostly Mr. Fong, for taking out the time and giving such information of their much awaited upcoming game.