Much more of the same- in this case, a good thing.

LittleBigPlanet has quickly become one of Sony’s most important franchises. With two excellent entries on the PS3 and two less enjoyable but still more than just decent handheld games in the series, expectations for LBP3 have obviously been pretty high amongst the fans. While some people have been worried with Sumo Digital being the developers to handle the development of LBP this time around (rather than the extremely talented Media Molecule who are usually in charge of the development of the LittleBigPlanet games), expectations surrounding the third main entry in the platforming series have been pretty high. 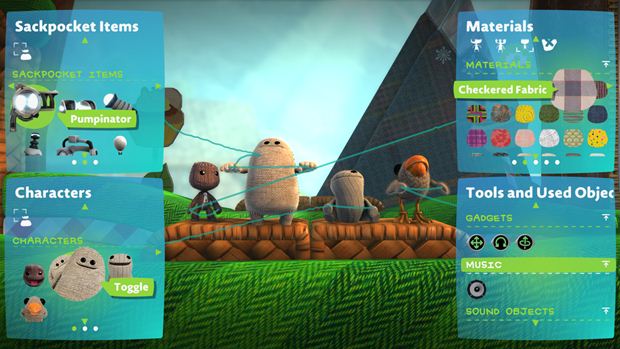 "There’s charm oozing out of every nook and cranny of the game."

Is LittleBigPlanet 3 good, then? To give you a straight and absolute answer, yes. Yes, it is good. It’s very enjoyable, and you will probably spend dozens of hours playing it. But is it the huge leap forward over its predecessor that LittleBigPlanet 2 was over the first entry in the series? No. Of course, it wouldn’t be fair to judge the game on how much better than its predecessor it is, rather than judging it purely on its standalone quality. But given the fact that LBP has always been a franchise that encourages and promotes creativity and refreshing shake ups to traditional gameplay quirks, LBP3 was always going to be judged on how different, how new it was.

Of course, I don’t mean to imply that LBP3 is just more of the same with no real changes to the formula whatsoever. LBP3 takes everything that we loved about the second game, shakes it up and delivers it on a much, much larger scope, to the extent that sometimes it almost feels like there’s way too much content for both, us and the game, to handle.

The first pro of LBP2 that the third major installment in the series capitalizes and expands upon is the undeniable and irresistible charm of Sackboy and co. LittleBigPlanet 3 is every bit as charming, amusing, cute and pleasant as you would expect it to be, and then much, much more. There’s charm oozing out of every nook and cranny of the game. It definitely feels like, here, Sumo Digital have taken the best of LBP2 and amplified it multiple times because this is the kind of thing you can never have too much of. 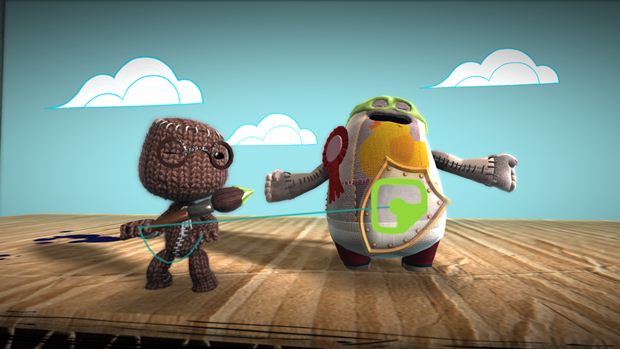 "The Adventure Mode is modeled after famous stage plays and screen scenarios, and all the levels are excellently well designed, offering some great platforming and satisfying puzzle sections."

This time around, LBP3 places more focus on story and presentation as well, and that becomes instantly clear when you see that all the supporting characters of the game are fully voiced. Of course, that doesn’t mean you’ll see a thrilling, complex narrative to give the likes of Mass Effect and The Last of Us a run for their money, but it’s still good to see that the game tries to have a bit more focus on having a more cohesive campaign, and with the help of said cohesiveness, offers a somewhat different yet still highly enjoyable single player campaign experience.

The Adventure Mode is modeled after famous stage plays and screen scenarios, and all the levels are excellently well designed, offering some great platforming and satisfying puzzle sections. Some of the floaty controls of LBP and LBP2 are still a problem here, which means they often get in the way of us having all the fun we could have as players while playing in the Adventure Mode, but the 8-9 hour romp is still highly enjoyable and one that is definitely much more noteworthy than its counterpart in LBP2.

However, some of the too-much-content-to-handle issues come into play here too. There are a lot of new, cute and charming playable characters available in LBP3 and the few sections you get when you play as them are enjoyable and largely memorable. However, the issue is that there just isn’t enough of those sections. All those new characters and the new gameplay mechanics they offer and the freshness they propose to add to the gameplay feels like a wasted opportunity in the end. 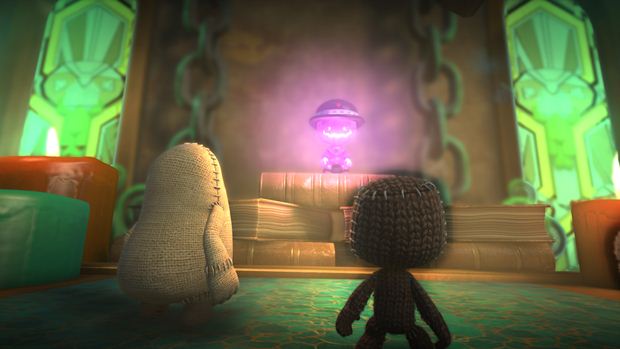 "LittleBigPlanet 3 may not be the amazing milestone in the platforming genre that its two predecessors were, but it’s still an amazing first foray into the eighth generation for the effable Sackboy and his merry gang of charmers."

The Creation Mode, though, is where LittleBigPlanet shines yet again. And it’s much, much bigger now, and, satisfyingly, much better. While it’s nothing revolutionary or astoundingly new in the mould of LittleBigPlanet or its successor, it’s still pretty damn good. Compared to the three measly layers of creation in LBP2 (they seem pretty measly now, trust me), LBP3 offers sixteen layers for players to exploit in the Creation Academy.

Another case of too much to handle? Not by a long shot. While it may seem a little daunting and tedious and just a bit too much work to be as much fun as it should in the initial stages, once you get the hang of it- and you get the hang of it pretty quickly, thanks to the amazing Popit Academy, which teaches you all the fundamental basics that you need to know about the Creation Mode in twelve brief platforming sections- you realize that there is a lot more customizability here than you know what to do with, and the game is that much stronger for it.

Sure, there are faults in the game- undeniable faults. There are just too many bugs to handle sometimes, to the point where hard resetting not just the game, but the system itself becomes the only viable solution, and sometimes it feels like there is just too much content here, and that Sumo Digital went overboard with the bigger-better formula.

But in a day and age when games are trimming down on the fat year by year and hardly offer anything new, hardly offer any more content than what they absolutely have to, having more content than the developers and players can handle is an excellent flaw to have. LittleBigPlanet 3 may not be the amazing milestone in the platforming genre that its two predecessors were, but it’s still an amazing first foray into the eighth generation for the effable Sackboy and his merry gang of charmers.

Buggy; New characters not utilized enough; Not the revolution that you expect a new mainline LBP game to be.

Final Verdict:
SUPERB
Not the best game in the series, and definitely not the most refreshing or the most remarkable, but a solid LBP game and platformer nonetheless that everyone should be able to enjoy.
A copy of this game was provided by Developer/Publisher/Distributor/PR Agency for review purposes. Click here to know more about our Reviews Policy.