Lollipop Chainsaw is a success for Suda51.

Lollipop Chainsaw is a success for Suda51. 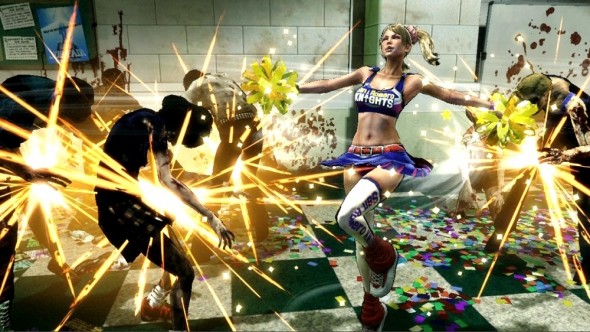 After two massive bombings that would leave a gigantic crater in normal circumstances, it seems that Grasshopper Manufacture, the creators of Lollipop Chainsaw and the award winning Shadows of the Damned, have survived the commercial performance of their latest game.

They also switched publishers, mind. That could be one of the reasons for the better performance. Their previous titles were published via EA Partners, while Lollipop Chainsaw was published by Warner Bros. Interactive.

The game shipped 700k units, and before you bring big selling games into the equation, remember that for the studio this was their best performance yet. No point comparing with others when you can still outdo yourself, isn’t it?

Their last two games sold 30k something on NPD while this did 110k, so it’s a marked improvement. Killer is Dead is their next game which is scheduled to hit the PS3 and Xbox 360 sometime next year and they don’t have a publisher for that yet, and you know what, they should go for Warner Bros. again.