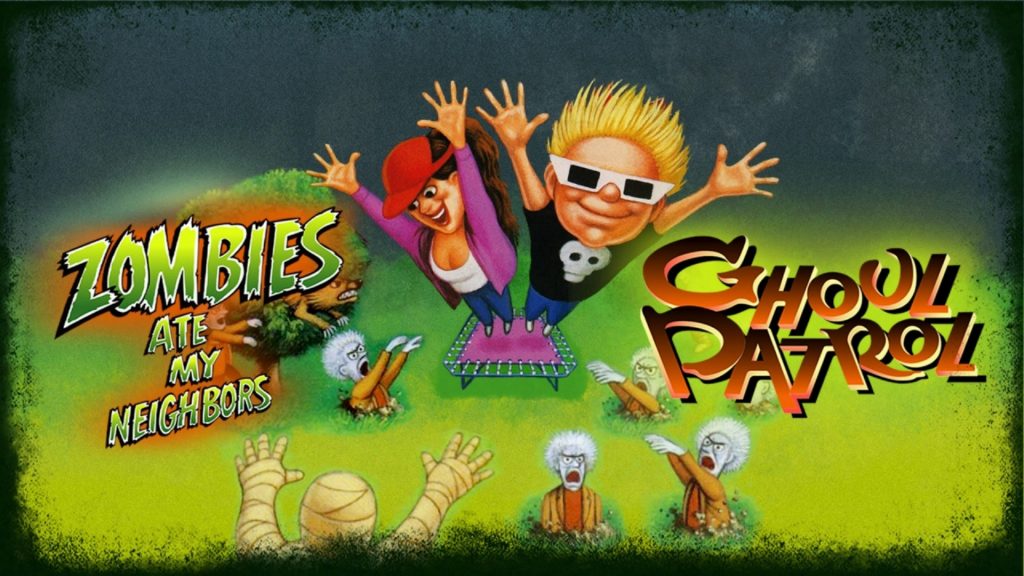 Zombies Ate My Neighbors and Ghoul Patrol, two classic LucasArts titles that originally releases on the SNES, are coming to the Switch next month. That information comes according to a listing that was reportedly spotted than the Switch eShop and reposted by Nintendo Everything.

The ports are reportedly being developed by DotEmu, which has previously worked on several ports of classic games, and includes several new features. Players will be able to save everywhere, and the ports will include museum content, soundtracks, local co-op, and achievements.

This will be the first time that the games have be re-released since they appeared on the Wii’s Virtual Console. Zombies Ate My Neighbors and Ghoul Patrol are set to be released on Switch on June 29th. You can watch a trailer below, courtesy of Nintendo Everything.