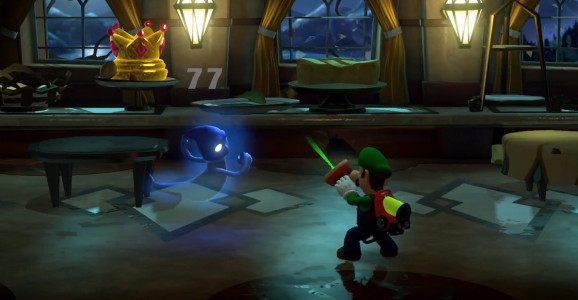 Nintendo started off their Nintendo Direct stream today with style, announcing that Luigi’s Mansion 3 will be coming to the Nintendo Switch in 2019. We don’t actually know who’s developing it, but Next Level Games, who stewarded the 3DS hit Luigi’s Mansion: Dark Moon, may be behind it.

The original Luigi’s Mansion launched on the Nintendo GameCube as a launch game, and over time, came to be regarded as a cult hit and a fan favorite. Dark Moon launched on the 3DS in 2013, and rapidly became one of the best selling games on the platform. The upcoming Luigi’s Mansion 3, which was actually teased during the Simon Belmont trailer for Super Smash Bros. Ultimate, will complete the franchise’s ascendancy into the big league.

Nintendo also spoke briefly about Luigi’s Mansion’s 3DS remake, which launches next month. What better way to prepare for the upcoming Switch game (and for Halloween!) than by playing through the game that started it all.