There’s a lot of stuff to think about before pre-ordering the game. 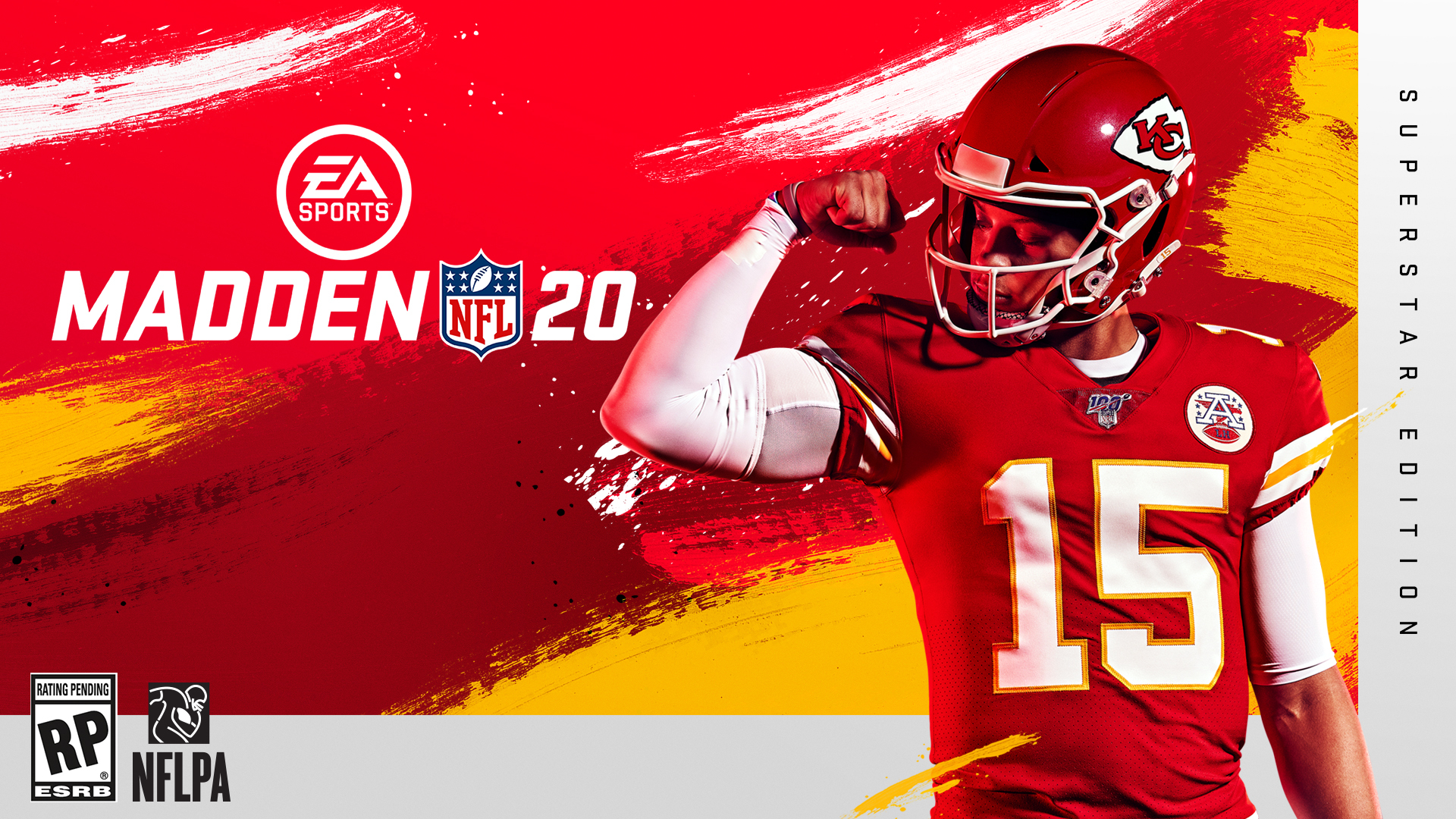 That time of the year is fast approaching with the American football season right around the corner. We reported earlier on the announcement of the newest entry in the annual football series, Madden NFL 20, as well as who the cover athlete would be. While we mentioned that the game would have multiple editions, we now have some better details as to what the extras are, as well as what pre-order bonuses come along with them.

There is, of course, the standard edition that will retail for regular price, and with it will come the pre-order bonus to include your choice of 4 unique legend quarterback abilities (this comes with every pre-order on each version of the game) with one of the 32 Core Elite players and 5 Gold team packs.

The Superstar Edition will retail for $80 USD, and will include 3 days early access, and pre-ordering it will get you access to one of the 32 Core Elite players, 12 Gold packs, and 1 small training quick sell.

Finally, the Ultimate Superstar Edition will go for $100 USD and will also give you 3 day early access, one of the 32 Core Elite players, 15 Gold packs, 1 small training quick sell, 1 Past and Present Elite Player Pick, and 1 Madden Championship Series Pack.

Madden NFL 20 will release for PlayStation 4, Xbox One, and PC on August 2nd. You can check out the covers and details for all three editions as provided by EA below. 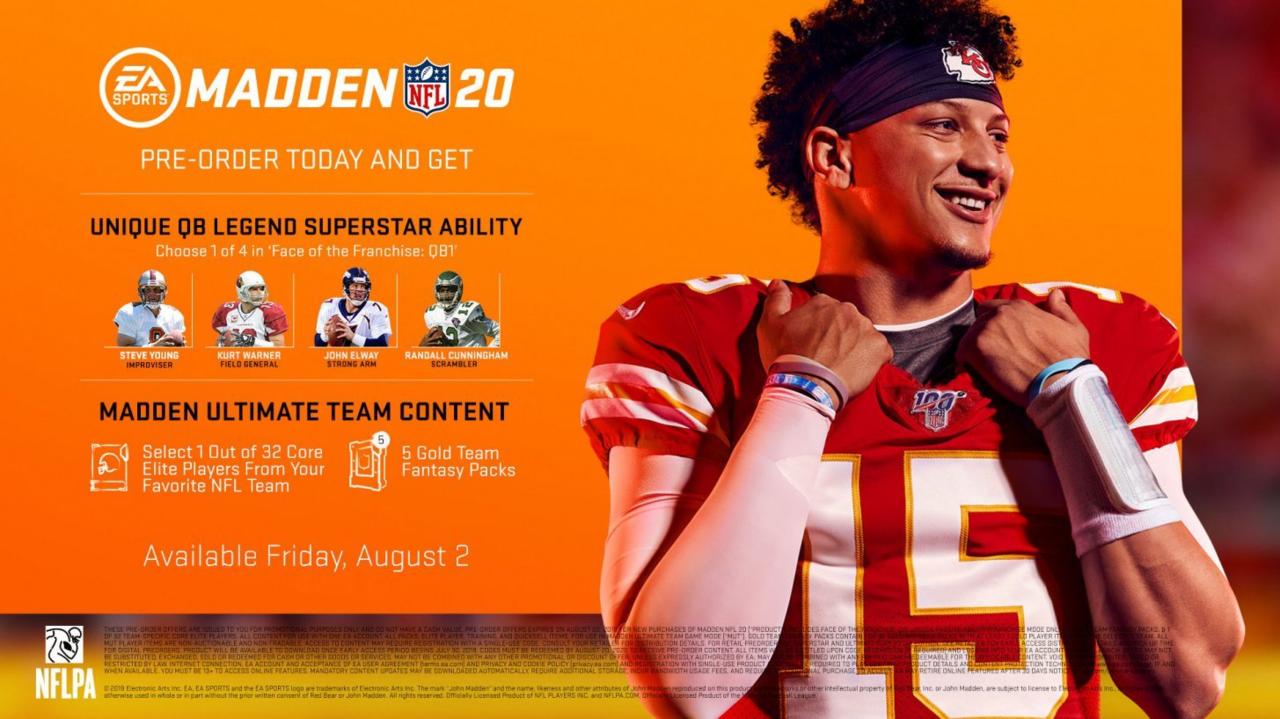 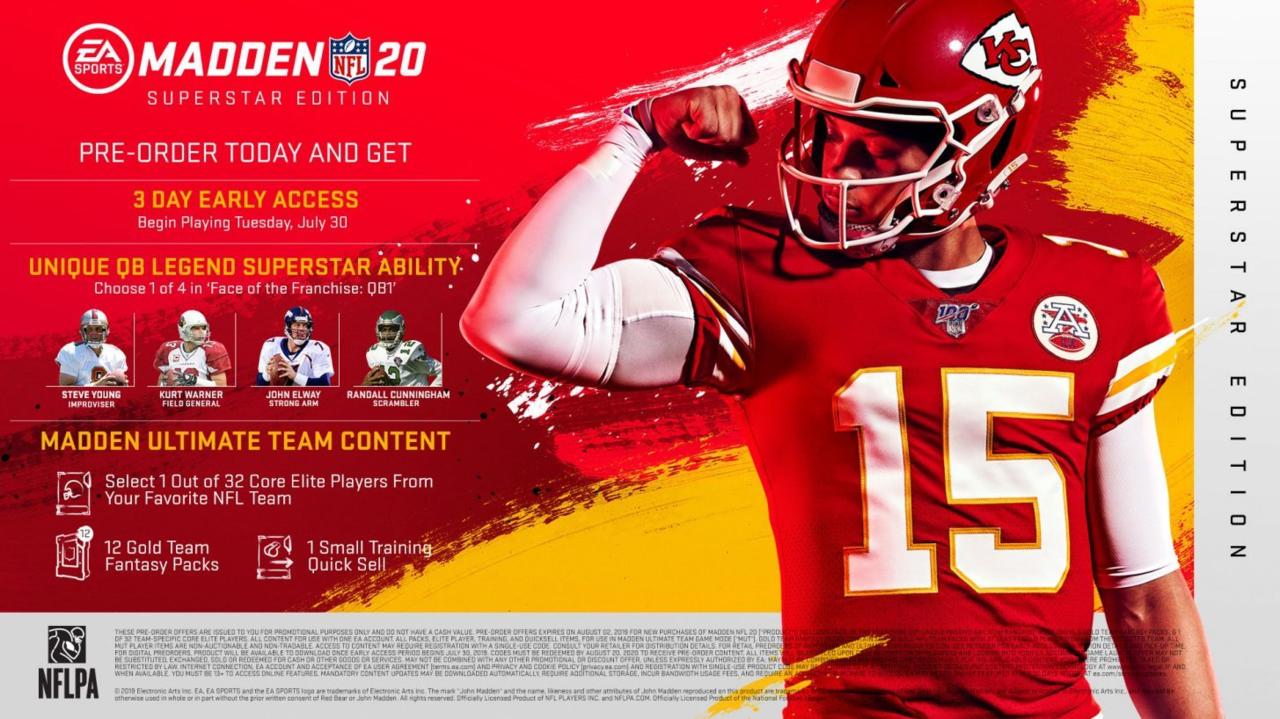 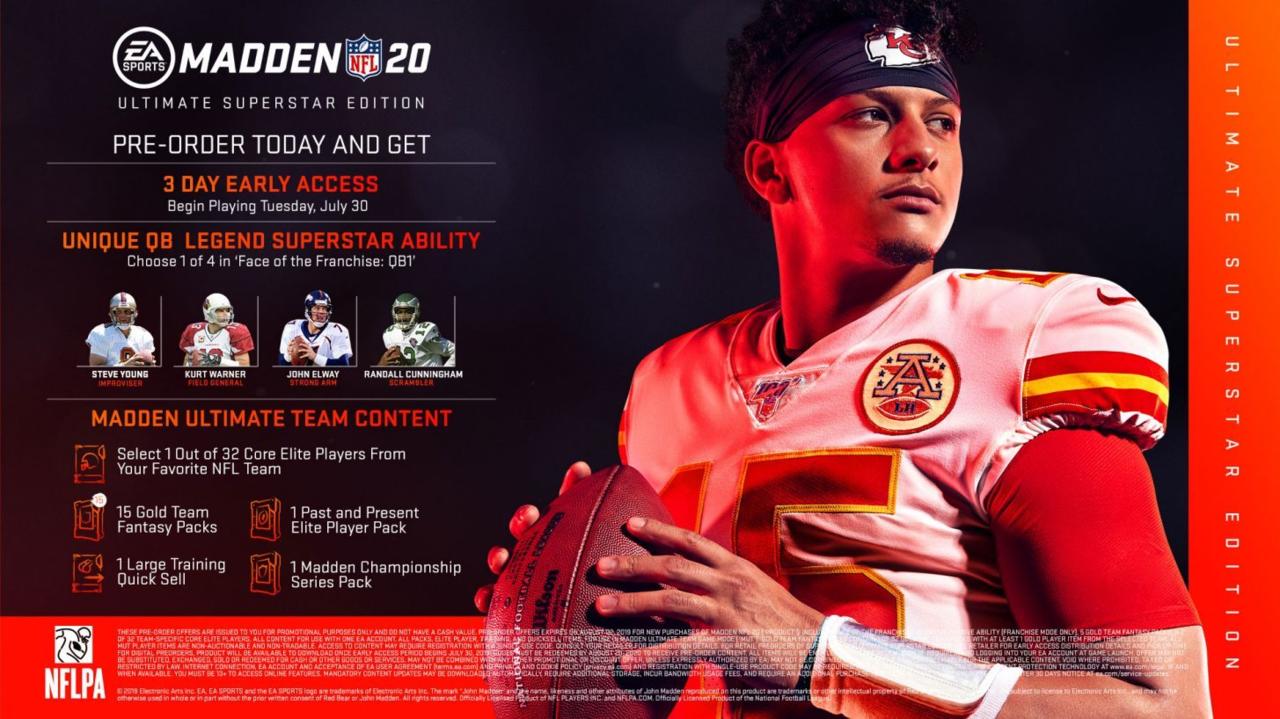