The July 2019 NPD hardware charts were topped by the Nintendo Switch, and software charts for the month were similarly dominated by Nintendo, with six of the top 10 games being Switch exclusives (via GamesBeat). However, the game at the very top wasn’t a Nintendo one- Madden NFL 20 topped the software charts in the US for the month, to no one’s surprise.

This is, in fact, the 20th consecutive year that a Madden game has topped the sales charts in its launch month, with Final Fantasy 8 being the last game to have outsold it at launch, all the way back in 1999. NFL 20 also immediately becomes the eighth highest selling game of the year so far- all of this is all the more impressive when you consider that these sales don’t account for digital sales on PC, or consumers who’re subscribed to Origin Access Premier.

Fire Emblem: Three Houses debuted in second place, becoming the second highest selling game in the series to date immediately and enjoying the series’ best ever launch sales. Super Mario Maker 2, which topped the sales last month, is in at third place, while Marvel Ultimate Alliance 3: The Black Order comes in at number 4. Super Smash Bros. Ultimate, Mario Kart 8 Deluxe, and The Legend of Zelda: Breath of the Wild are the other Switch titles in the top 10.

Overall, July 2019 saw total dollar sales of $340 million, which is up 34 per cent from last year. That boost is thanks to Madden NFL 20 releasing in July this year (as opposed to last year’s August launch), and the fact that the game enjoyed strong digital sales. You can check out the full software charts below. 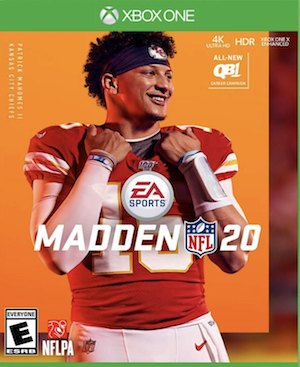