Everything you need to know about Madden NFL 21.

Due to the COVID-19 pandemic and uncertainty surrounding when and how the next season of the NFL would begin, there had been some doubts surrounding the nature of a new Madden game in 2020. However, in April 2020, prior to an official announcement being made for the game, Baltimore Ravens quarterback and 2019 NFL MVP Lamar Jackson said that he would be the cover star for Madden NFL 21.

EA confirmed shortly afterward in May that a new Madden NFL game would be released later in the year (alongside a new FIFA instalment). Due to the pandemic, a regular photoshoot of Lamar Jackson for the game’s cover was not possible. As such, photographs of the player were provided by the team’s official photographer.

EA confirmed that the game would allow free upgrades to next-gen versions for those who own it on PS4 or Xbox One. However, EA placed certain restrictions in place, with a limited time window for purchasing the game and then for redeeming the upgrade for those who wanted to avail free next-gen upgrades. Following criticism for the decision, EA extended the window, stating that players could upgrade to next-gen versions at any time before the launch of Madden NFL 22 a year later.

In late May, it was announced that Madden NFL 21 would be formally unveiled with a reveal trailer on June 1. However, shortly before that, EA pushed back the game’s reveal due to the nationwide protests in the United States following the killing of George Floyd. The game was later revealed in full later in June. Due to Washington Redskins announcing that it would be changing its name to drop the team’s controversial moniker, EA announced that the team’s current logo and name would be removed from Madden NFL 21 as well, and would be replaced by a generic team name and logo until new ones were finalized, which would then be added into the game later. 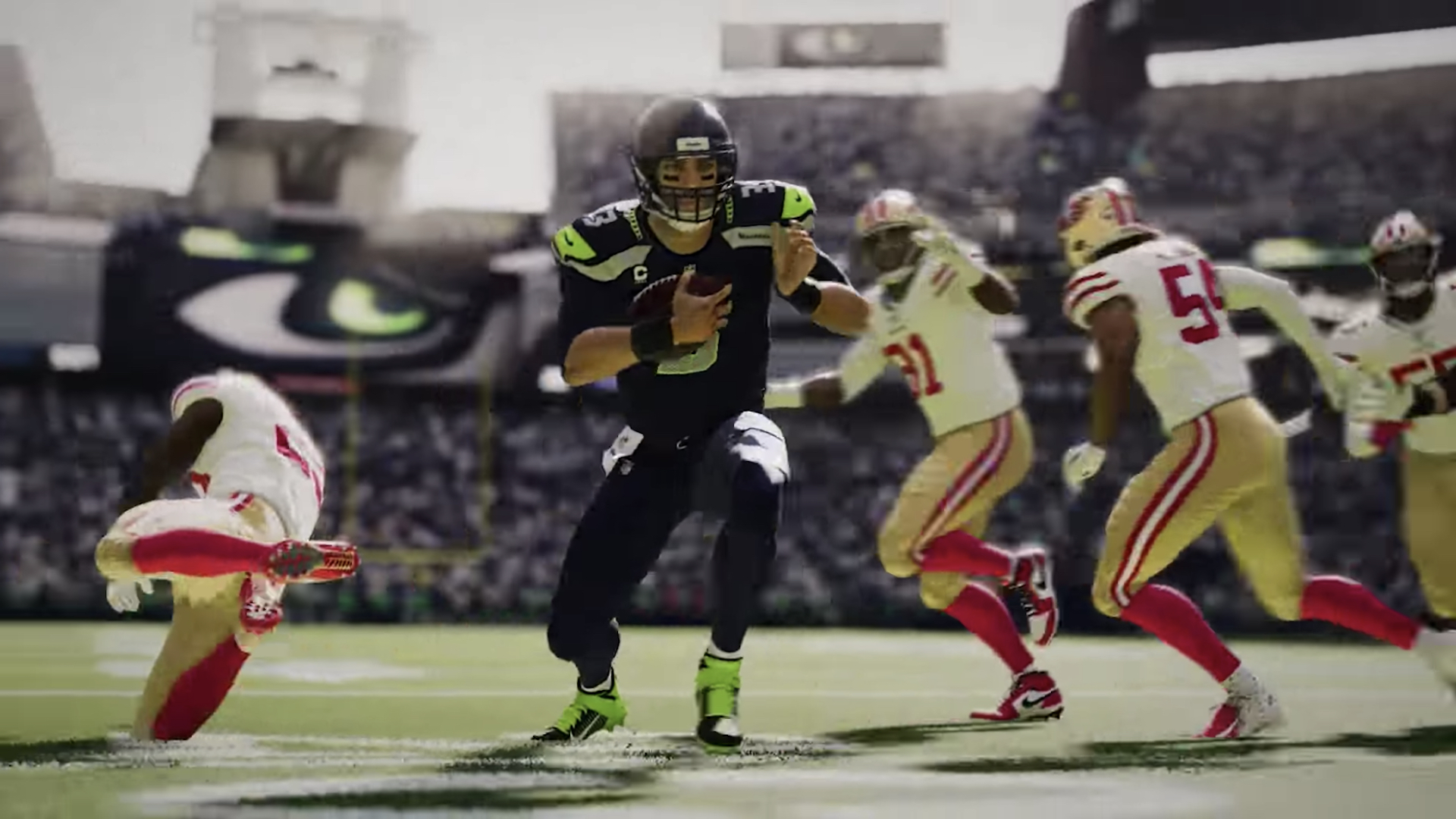 Madden NFL 21 introduces several new gameplay mechanics to the series. Instead of a single skill button, skills are now performed via the right analog tick. Skills can be done in combos and strung together, including slides, jukes, spins, and hurdles. The skill stick is used for defending as well, with all pass rush moves and block-sheds now being on the right analog stick.

Defending sees changes in some other areas as well. Tackling animations have been revamped, and are now triggered based on locations, which means defenders adjust their body positions and tackle differently based on where exactly they are on the field. Breakdown tackling has also been added, while dive tackling has been improved as well. Meanwhile, AI has also been improved, with opposition quarterbacks making smarter plays and reacting to players’ actions more appropriately.

The solo career mode known as Face of the Franchise returns in Madden NFL 21, this time called Face of the Franchise – Rise to Fame, and is revamped from the previous game. Players begin as a high school quarterback playing in a State Championship. Following that, players spend two seasons playing college football. During college football seasons, players can change their positions from quarterback to wide receiver or running back. After the college seasons, players are drafted in the NFL Combine, where storylines play out across a number of seasons, with players attempting to make it into the Hall of Fame. The Face of the Franchise also features Snoop Dogg and Rich Eisen as characters, both played by themselves. 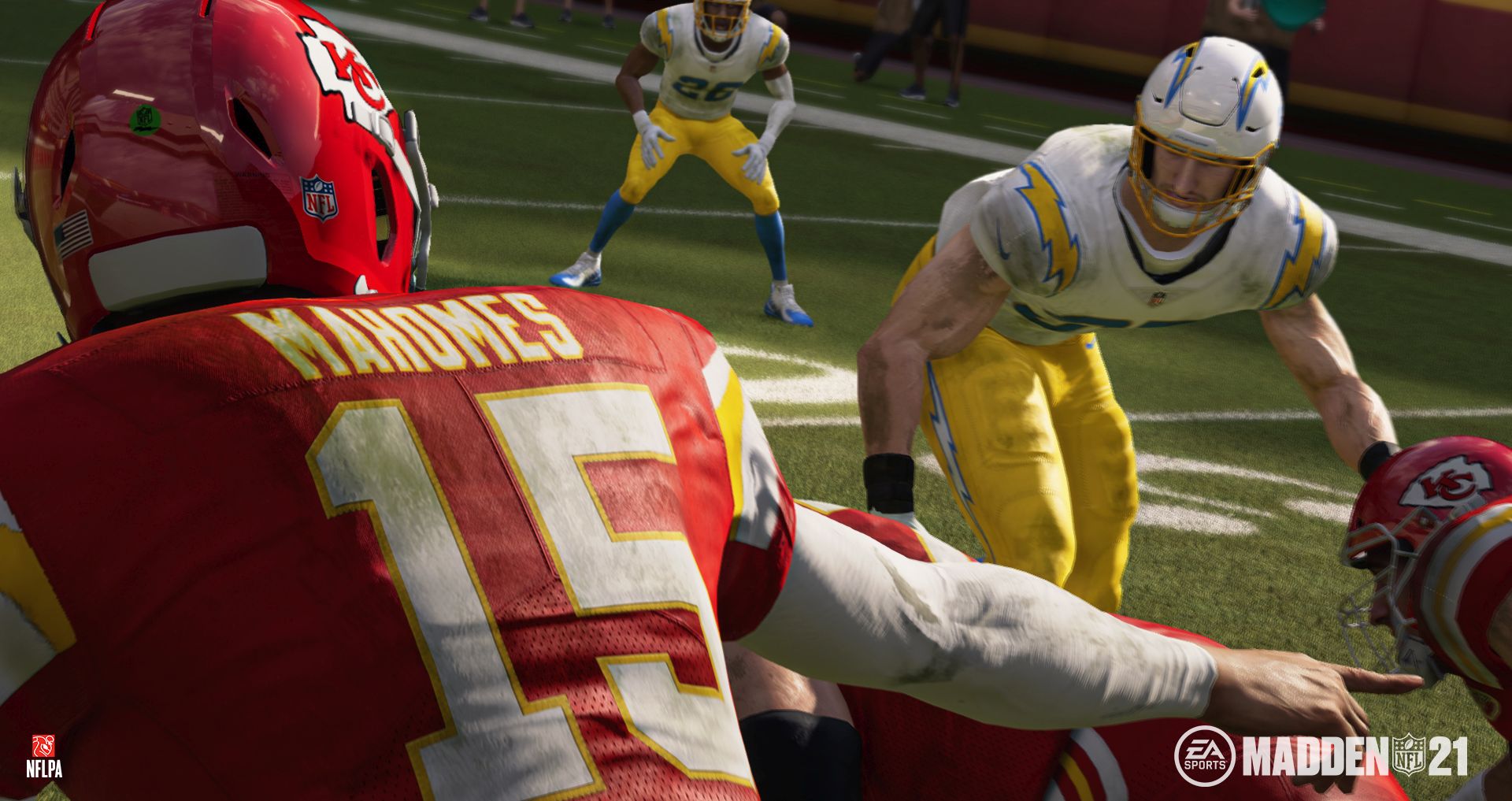 The Franchise Mode sees changes as well. An expanded Wild Card Playoff round is included, featuring three games for each conference instead of two. X-Factors are also included, with the game also featuring 50 new X-Factors on top of the ones from the previous entry. The game also features a new mode called The Yard, which focuses on NFL Street-style football. New user controller celebrations are also included in the game.