The Mafia series is pretty well known at this point. The original game released in 2002, with sequels following in 2010 and 2016. Now Hanger 13, who developed Mafia III and features many folks who worked on the original two games, has decided to remake the original game from the ground up, retaining the spirit of the original while adding an updated script, expanded backstories, additional cutscenes, new gameplay sequences, cinematics, and a re-recorded orchestral score, among other improvements.

I had the opportunity to sit down with a preview build of the game over the weekend. It covered the game’s first five chapters before skipping to chapter ten and clocked in at about three hours. What follows are my impressions. 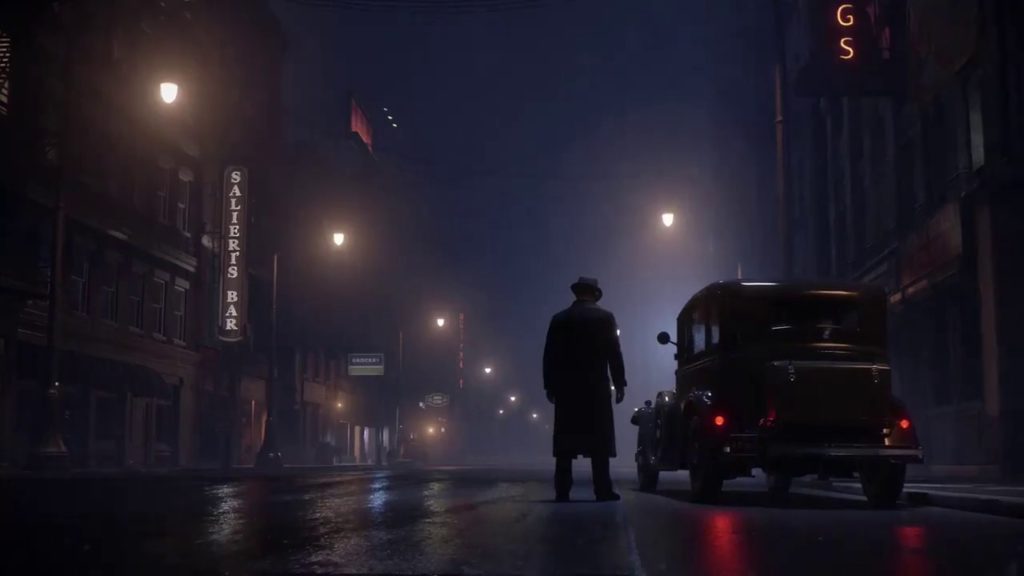 The first thing I noticed about Mafia: Definitive Edition was how pretty it was. I managed to run the preview build on its highest settings at 1080p and a (largely) stable framerate, and the game is exceptionally pretty. From the way characters look to how light cascades from the tops of buildings or how puddles splash as characters step in them, Mafia: Definitive Edition is an impressive looking game.

Particular praise should be lavished on the game’s use of motion capture, particularly in cutscenes. Mafia’s characters are beautifully animated and acted, with subtle facial expressions and body language that do a good job of conveying how characters feel without being over the top.

That focus on production values also applies to the game’s lighting, textures, and sound design. This is especially noticeable in the gamer’s music, which is an expertly produced sampling of some of the best big bang stuff you’ll ever hear in a video game. This is a very, very well produced remake that has atmosphere for days and captures the spirit of the original while bringing it into the modern era. 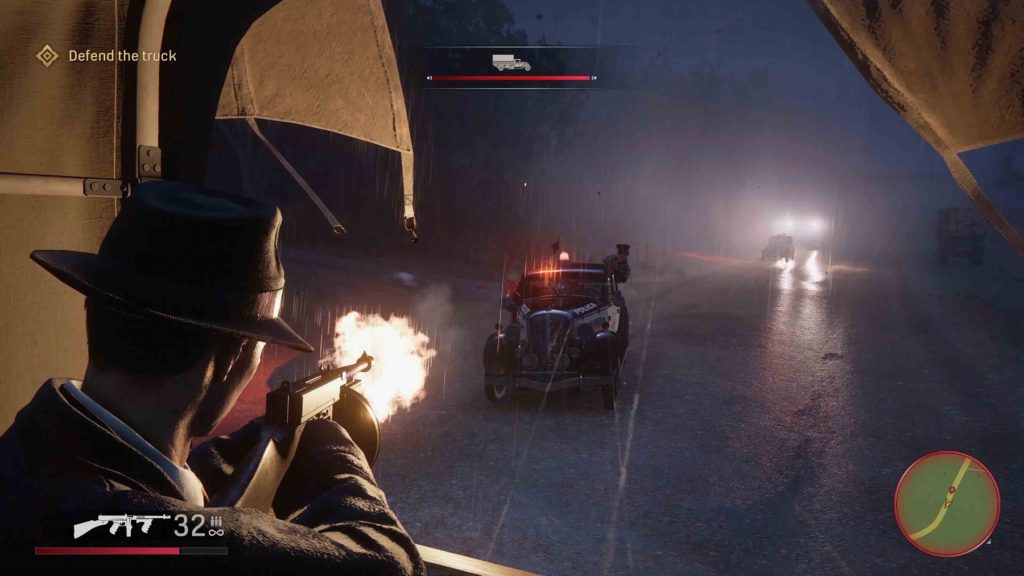 Playing Mafia feels good, too. Tommy, the game’s protagonist, isn’t a trained gunman, but he’s a good shot and using the game’s weapons – particularly the more powerful stuff like the shotgun or the Thompson – feels fantastic. Enemies react to where bullets hit them and blowing someone backwards with a shotgun or watching them fall under a hail of gunfire is enormously satisfying in an “I’m a gangster” kinda way.

The same cannot be said of the melee combat, which it a two-button affair. The first is the one you mash to beat people up, and the second allows you to counter incoming attacks by pressing the button at the proper time. It’s standard action-adventure game combat and nothing about it is particularly exciting, even when you’re beating people with a bat. I spent most of my time punching people wishing I was shooting them instead, but only with the more powerful guns, as the game’s sidearms just don’t feel as good. 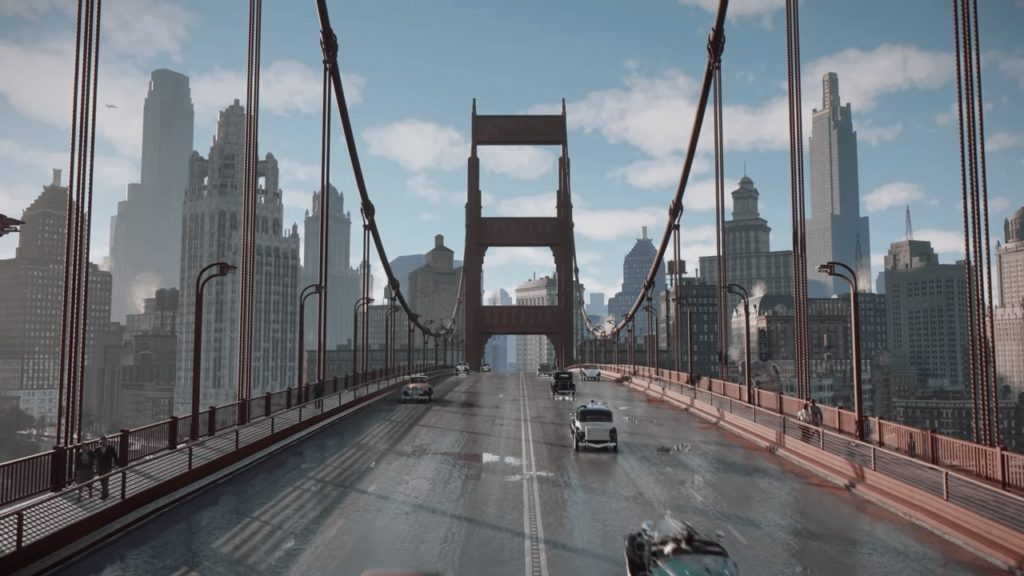 Maybe I’m just a sucker for fast cars, but my favorite part of the preview build was the driving missions. Driving in Mafia just feels good, especially in missions where you’re allowed to open things up. In my favorite, Tommy serves as a last minute sub for a race car driver. The car is absurdly fast, but that feeling of speed isn’t the only part of Mafia’s driving that works well. This is the 1930s, so these aren’t precision machines. They don’t always turn well, it takes them time to stop, and they’re pretty easy to wreck if you’re not careful.

This provides a nice sense of tension in a game where success often requires driving fast (and properly). Cars do come with a speed limiter, which can be flicked on when you need help with the latter, but the trade off is that speed is key. Driving is about balancing these things against whatever the mission at hand is requiring you to do, so things remain engaging without ever feeling too hard. 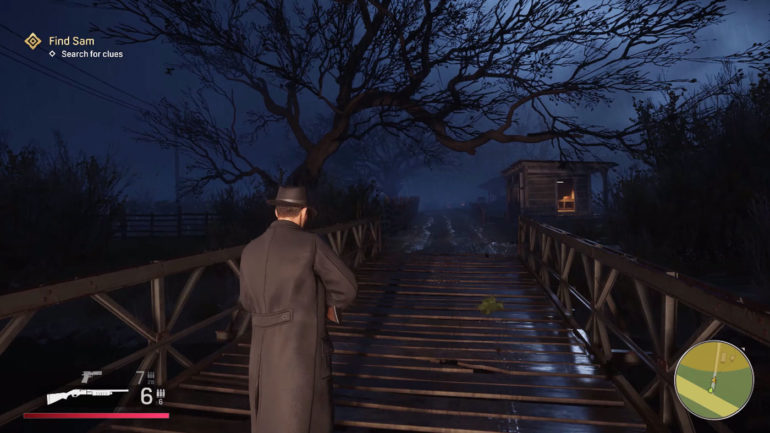 You can be stealthy in Mafia. All you have to do is crouch, and you’re good to go. This also opens up the option to silently take out foes. The downside is it doesn’t work very well. I’d get behind someone, pressed the button for a silent takedown…and Tommy punched the guy in the face. This happened several times. Even when the stealth works properly, it’s not particularly engaging. It feels like its there because its expected to be, and it’s not nearly as interesting as the other mechanics surrounding it. 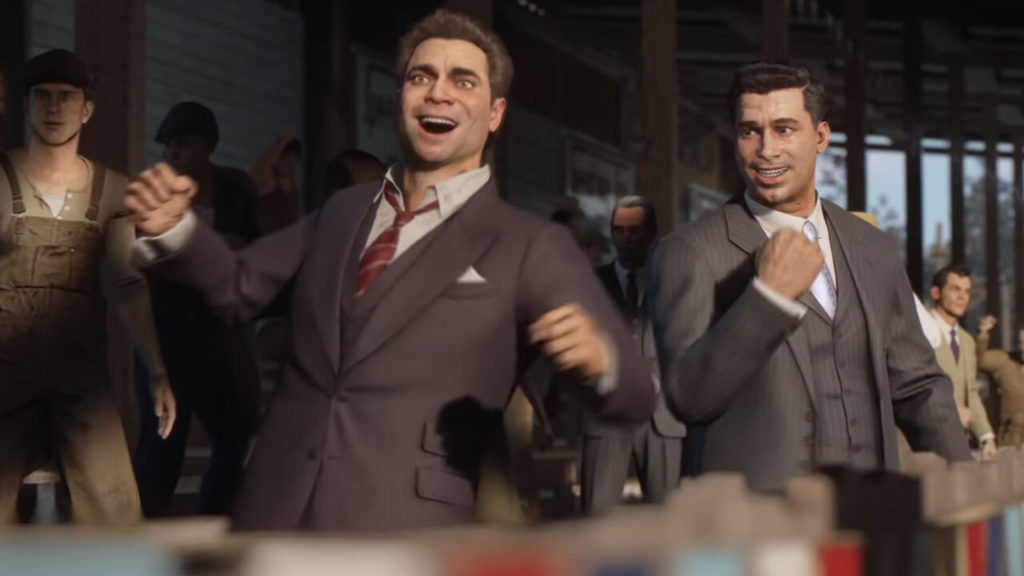 As enjoyable as Mafia’ is, the game starts off pretty slow. The first couple missions are standard tutorial fare and the game doesn’t really pick up until a mission that has you to steal a race car. Until that point, the game is content to hit the standard action-adventure tropes. The game isn’t bad at this point, it’s just slow and scripted.

That said, there is a major reason to see this early lull through. Speaking of which… 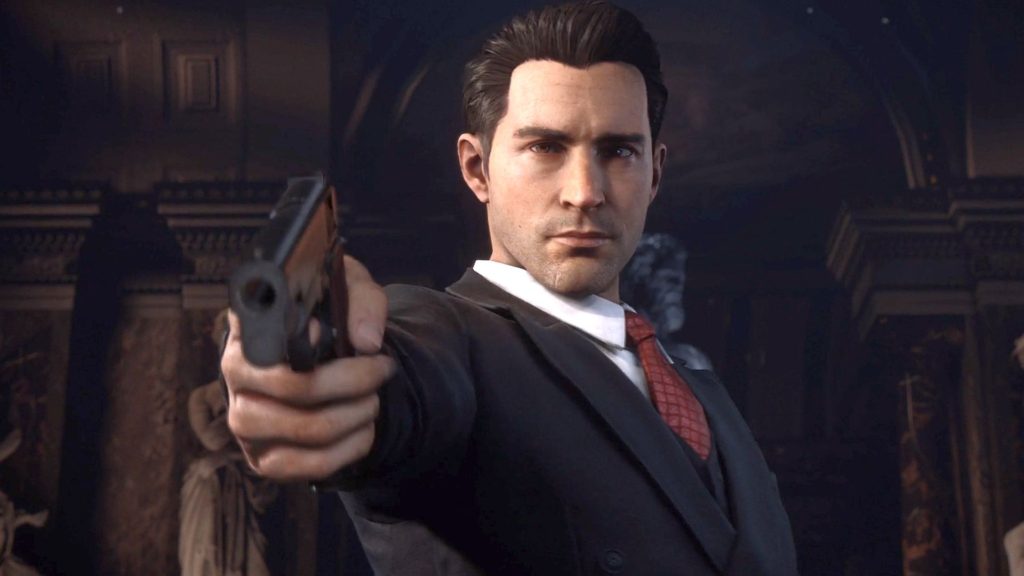 The Story is Pretty Good

The story in the original game was pretty good, so the remake is playing with a stacked deck, but Mafia is full of interesting characters that it’s easy to get invested in, or at least like. The remake adds to this with an updated script, but the game feels confident in its storytelling ability, and it’s pretty easy to get drawn along for the ride.

The voice actors also deserve praise. The game is filled with great performances, even from minor characters, and minor conversations end up being memorable, whether for their wit, humor, or the strength of their characterization. Mafia isn’t high art, but it knows what it wants to be and does it well, and there’s something to be said for that.

Without seeing the entire game, it’s impossible to know how Mafia: Definitive Edition will play out, but Hanger 13 is building on a strong foundation and what I’ve seen so far looks very promising. Here’s hoping they can do this modern classic justice. Given what I’ve seen, I’m fairly optimistic, but only time will tell if they can deliver the goods.