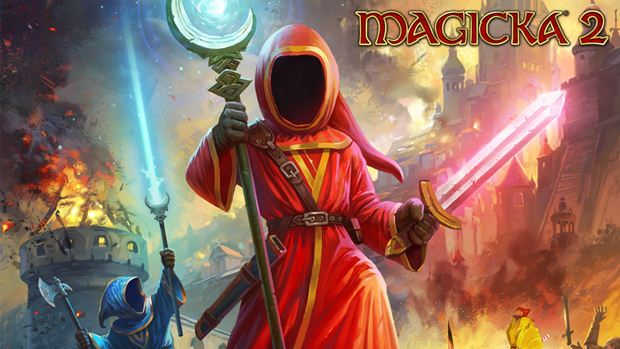 When Magicka first arrived on the scene in 2011, I don’t think anybody would have expected it to become as popular as it did. Now Paradox Interactive have announced the launch date and the pre-order details for the next instalment in the Magicka series.

Set to launch on PC and the PlayStation 4 on May 26th of this year, the latest iteration of the popular magic mixing game will be available for pre-order on the PlayStation 4 soon. PC players however can get their pre-order in now. The announcement of this was accompanied by a nice little 60FPS trailer which you can watch above.

Going on sale at the low price of $14.99 across both platforms, players that pre-order the game will be granted access to the game a little bit earlier than others. You and three of your friends will get into a sneak peek version of the game on May 5th on both PS4 and PC. For European gamers on PlayStation, that will be set for May 6th.

Players that pre-order the game will also be given a unique in game robe as part of the “Game of Robes” which will be available in both Magicka 2 and Magicka Wizard Wars, the PvP counterpart of Magicka.