Make a quit pitstop for the F1 Race Stars boxart

Posted By Jordan Garland | On 20th, Jul. 2012 Under News | Follow This Author @MostUnfurrowed

If you’ve ever actually been to see Formula 1 then you’ll know that unless you’re willing to spend an arm, a leg and a first born child on seats, it can be really rather dull. I had the misfortune of going to the Monaco GP a couple of years ago, for my trouble and €70 I got to sit on a cliff-face, half a mile from the track, watching tiny flashes of car go by through a pair of €10 binoculars. Bugger that, I said.

Thankfully, nobody has yet made a Formula 1 game with that much realism in mind, Codemasters went even further than that recently and decided to make a F1 game devoid of any reality, exchanging dull realism for tyres full of fun and dreams.

Codemasters today unveiled the official boxart for F1 Race Stars and not only does it look as fun as a box of frogs in a washing machine, it also uses a delightful shade of purple that should be used all of the time, everywhere, ever. 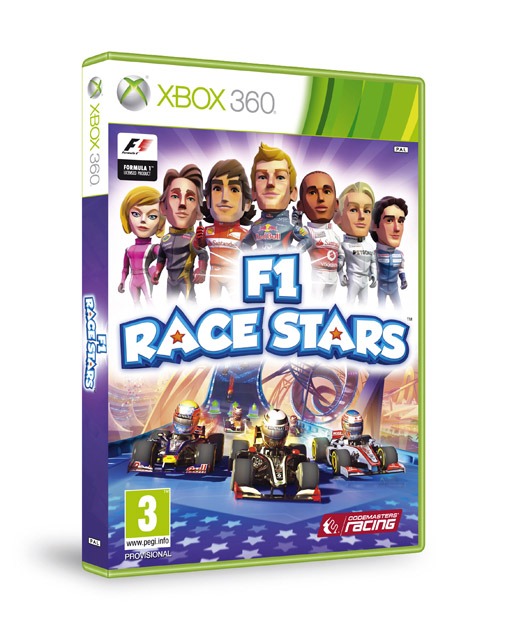 F1 Race Stars is currently slated for a November release on PC, PlayStation 3 and Xbox 360.