Breath of the Wild, Splatoon 2, and Super Mario Odyssey are consistently maintaining a high pace of sales too.

Mario Kart 8 Deluxe is, much like previous games in the franchise, a freak of nature. The game, an enhanced port of the fantastic Wii U entry, has been one of the highest selling Switch games around the world since it launched last year—and, Nintendo noted in its briefing to investors in the wake of its earnings report, the pace of the game has not slowed down at all in this period.

In fact, according to a graph Nintendo shared, which you can see for yourself below, Mario Kart 8 Deluxe has very consistently been selling 300,000 to 400,000 copies every month worldwide. It is currently by far maintaining the best pace of Nintendo’s so called “evergreen” Switch games, although Splatoon 2, The Legend of Zelda: Breath of the Wild, and Super Mario Odyssey have all consistently sold in the ranger of 200,000 copies every month all year too. Given the age of these games, those are some fantastic legs right there.

Mario Kart 8 Deluxe, The Legend of Zelda: Breath of the Wild, Super Mario Odyssey, and Splatoon 2 are all available now, exclusively on Nintendo Switch. 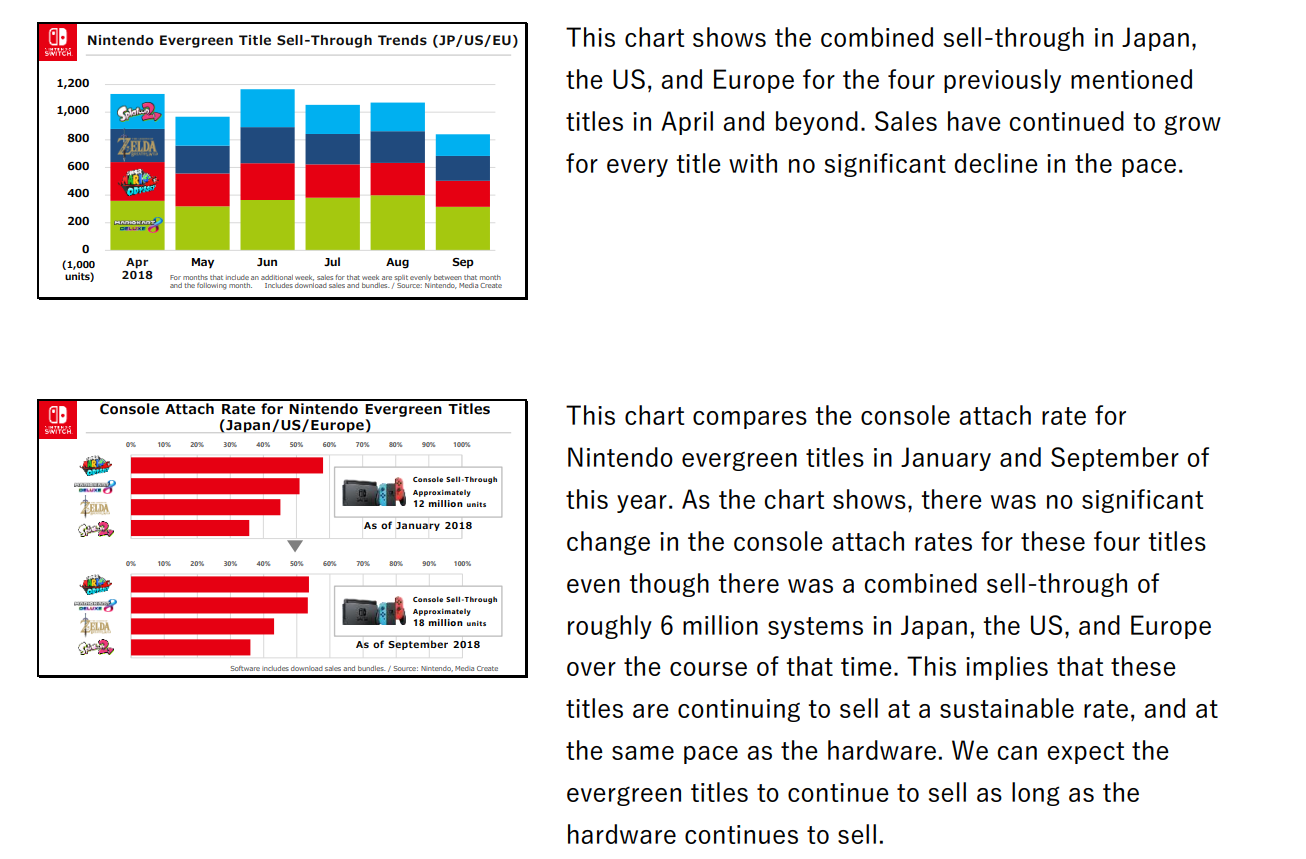