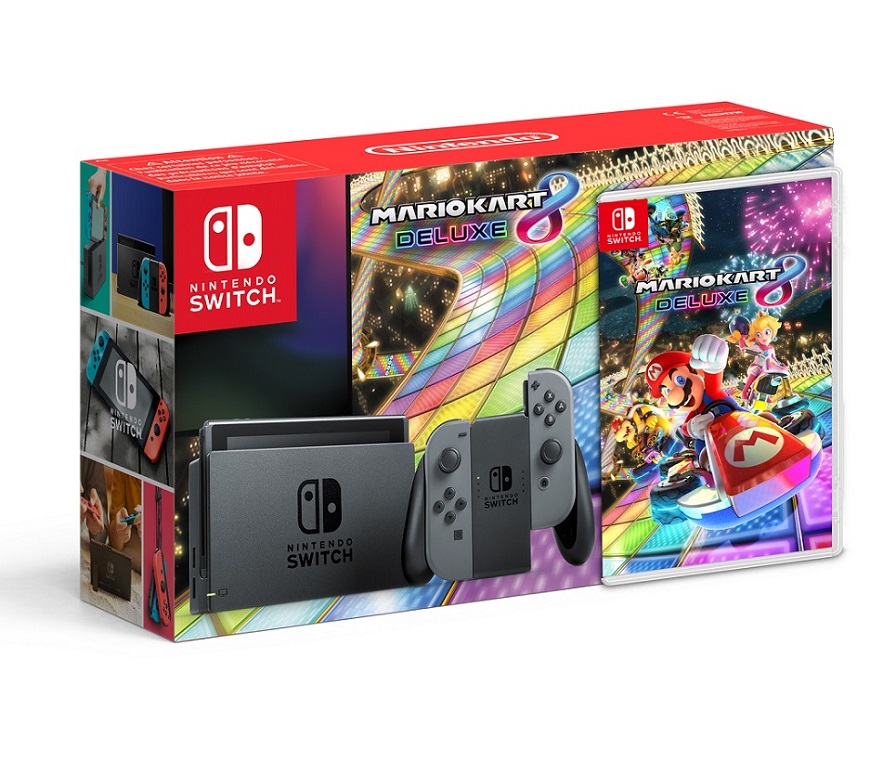 It looks like Nintendo will be making it more compelling to pick up a Nintendo Switch soon- it seems as though a Nintendo Switch bundle with Mario Kart 8 Deluxe, the upcoming enhanced remaster of the Wii U hit, is coming up.

The bundle, which you can see pictured above, is online on Nintendo’s Russian Store right now, according to Reddit. Pricing details are unknown, but if this sells for $299, then sales of the Switch, which are currently record breaking, are likely to hold- especially since for most people, Mario Kart 8 is a brand new game. Currently, the Switch is sold for $300 without any game included- so this will automatically make this SKU the best deal (though I do find myself wishing that they had the neon Joycons included).

Mario kart 8 Deluxe itself is due to launch on the Nintendo Switch exclusively later this month. It will include the base game, all free content updates, all DLC, and a brand new, extremely extensive battle mode. Stay tuned for more coverage.