Treyarch: “Near-future” setting for Black Ops 2 was planned from the beginning 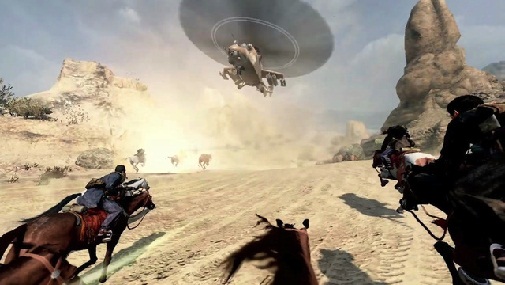 Activision’s premier development studio Treyarch is giving its all on Black Ops 2, when you look at the amount of people they’ve hired to develop the game. It’s no secret that Treyarch has been pushing the boundaries of innovation with each Call of Duty instalment.

So the boss of Treyarch, Mark Lamia has mentioned in an interview with OPM (via CVG) that, they were planning to make a Call of Duty game set in the near-future for a long time.

“From the very beginning, going to the near-future was on the table for us,” said Lamia.

“We really wanted to do something fresh and exciting and new and create this epic fiction. Black Ops doesn’t talk about a timeframe, Black Ops is about what you’re doing.

“It’s about being in black ops and these deniable operations and I think the dark mystery we presented in Black Ops comes through dramatically in the characters, the story, the setting, it’s more about that than any particular timeframe,” he added.

He also said that the villian will kick ass and he is the “the most compelling villain in Call of Duty”.

“To do that, we wanted to be able to tell a story that required part of it take place in that first Cold War era in the 80s, not about 20 years after the end of Black Ops 1 where we learn about that villain’s motivations.

“And it isn’t until we get to this later point in time about a decade out or so from now where technology has advanced at such a rapid pace and has been incorporated into our technologies and our military infrastructure to the point where our villain is able to turn our greatest strength into our greatest weakness.”

You can check out the game’s reveal trailer over here. Also we have a gameplay interview for you courtesy of CVG, so check it out below.