We’ve been hearing about Marvel’s Iron Man VR for a while, and how developer Camouflaj has tried to translate the superhero to virtual reality. Now we have a release date for the project, as well as a look at the game’s story and the various pre-order bonuses you can get.

The game will release early next year, and it will have both a physical and digital standard edition. The digital deluxe edition will have four armors as well as the digital soundtrack and an exclusive PS4 theme. If you pre-order you’ll also get access to four additional armors and another dynamic theme. You can check them out below.

Marvel’s Iron Man VR will release for PlayStation VR on February 28 2020. Along with this this we also got a quick trailer that highlights the story of the game where Tony Stark must face the ghosts of his past when weaponry he developed falls into the hand of a deadly enemy. 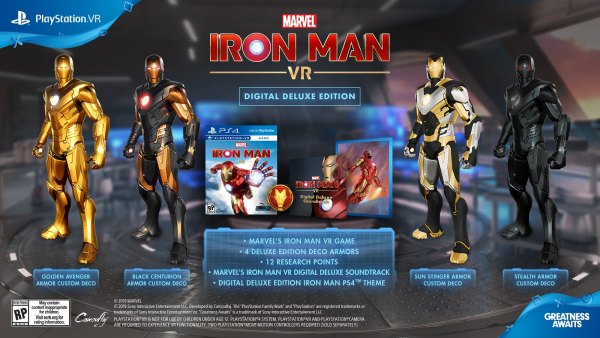 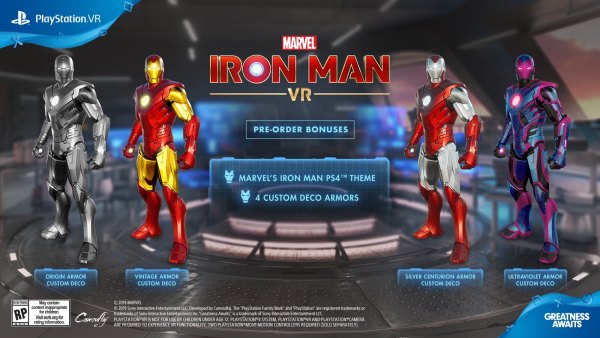