All the newest crucial details you should know about the game.

Posted By Shubhankar Parijat | On 28th, Oct. 2020 Under Article, Feature

Given how excellent Marvel’s Spider-Man was, the upcoming Miles Morales would have been a surefire hit even if it was literally just more of the same. But the more Insomniac have shown of this game, the better it has kept looking. Recently, loads of new details on the game have been revealed, and here, we’ll be going over some of the highlights. Without further ado then, let’s get started.

This game is all about Miles Morales, of course- it says it right there in the name. But Peter Parker is a crucial part of the story, and he’s not going to completely sit it out, as you may have expected. When Marvel’s Spider-Man: Miles Morales starts out, Peter Parker will very much be in the picture, and he and Miles together will be acting as Spider-Men and the city’s protectors, with Miles still in training. After an initial scrap (which we’ll get to in just a bit), Peter will tell Miles that Mary Jane is heading to Symkaria  to cover peace talks for The Daily Bugle, and that he will be going as well, as her photographer. Until he returns, Miles will be the only Spider-Man in New York, and his responsibility of protecting the city and figuring out what kind of a hero he wants to be will be what will drive the rest of the story.

That early hurdle that Miles and Peter will come across in Marvel’s Spider-Man: Miles Morales’ opening will be none other than Rhino. He’s going to be the game’s first boss fight, and it seems Insomniac have every intention of beginning the game with a bang. From the bits and pieces of footage we’ve seen courtesy of Game Informer so far, Rhino will break out of his cage (or box) while he’s being transported, which will lead into what looks like a pretty dramatic and (hopefully) thrilling swinging chase sequence, which will in turn lead to the confrontation against Rhino. Details have also been revealed on the fight itself, which will see Peter going down against Rhino, and Miles stepping up and awakening to new bioelectricity powers (more on this in a bit), which he uses to defeat Rhino.

The Friendly Neighbourhood Spider App – designed by Miles’ friend Ganke Lee – is essentially going to be your main hub menu in the game. By swiping left on the touchpad, you’ll get Miles to pull up his phone. A screen will appear in the bottom right of the screen, at which point the game itself will go into slow motion. Using the app, you’ll be able to look through and select various activities, check crimes, and more.

Like the first game, New York in Marvel’s Spider-Man: Miles Morales will be divided into six districts, and each will have various activities that you will have to complete to 100% the area, while many activities will also reward you with tech parts for mods. There will also be more collectibles to hunt down, some of which will be related to Miles’ music-related hobbies. Crimes will also be returning, and though some will be reused from the 2018 game, there will be some new ones as well. 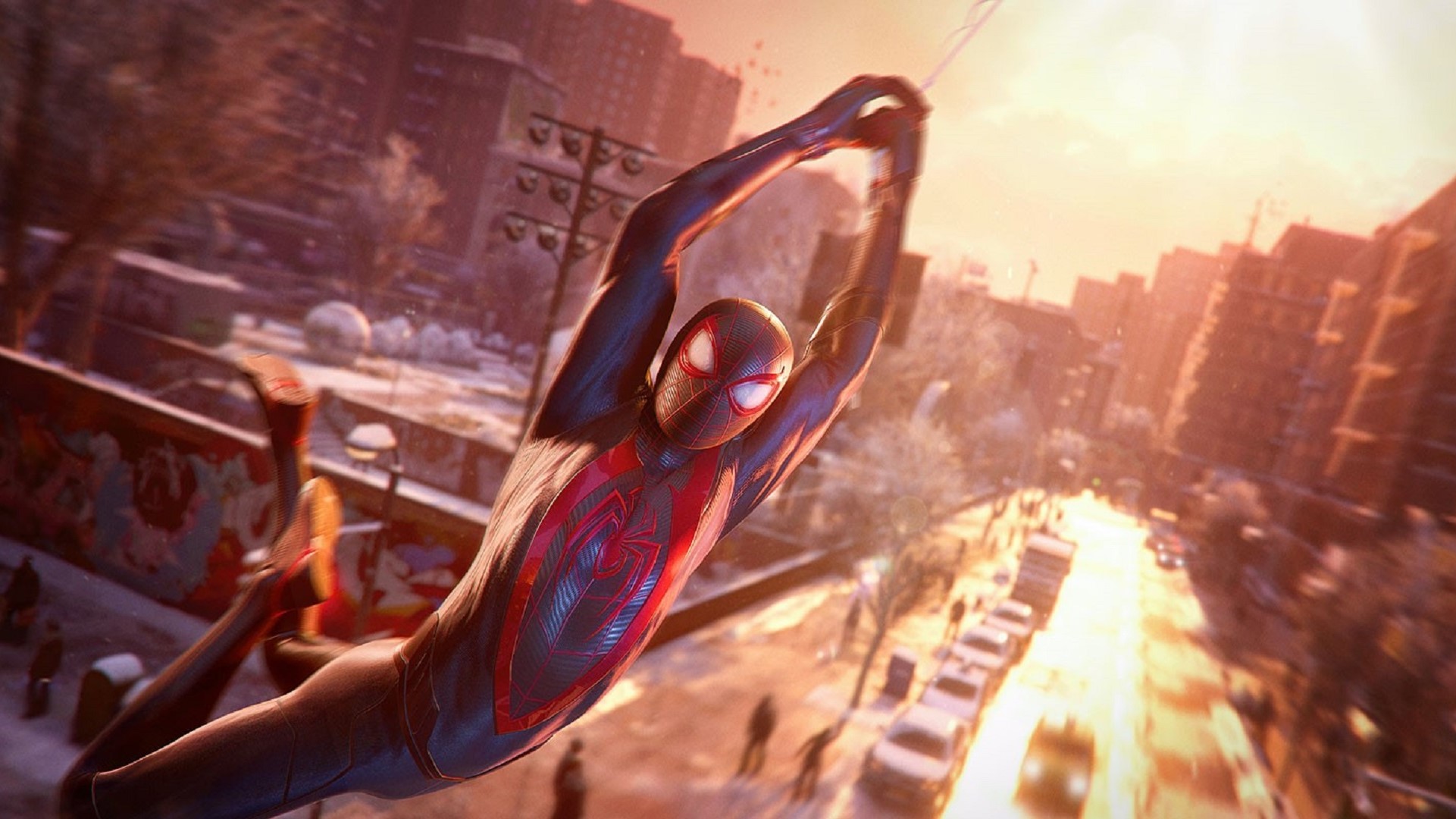 Web-swinging is, of course, the heart of the experience here, just as it was in its predecessor, and while we can expect it to not rock the boat too much, it will be tweaking some things here and there. Given the fact that we’re going to play as Miles, a much younger and much more inexperienced Spider-Man, you can expect his animations while swinging to be a little less fluid than Peter’s, a little clumsier, rougher around the edges. Meanwhile, Miles also has more tricks he can use (to earn XP) while swinging than Peter, which have supposedly been inspired by skydiving techniques.

Just like Peter, Miles will also have a collection of various suits to choose from, each of which will come with its own powers. We don’t know yet just how many of these there will be on the game, but some of them have been revealed. The default suit and the T.R.A.C.K. Suit were both revealed a while back (the former especially), while recently, Insomniac also showed the the Crimson Cowl Suit. One particularly interesting suit is the Spider-Cat, which you get after completing a specific side mission. As its name suggests, this suit sees a cat hopping into your backpack- yes, it wears a Spider-Man mask, and of course, it helps out during combat finishers as well.

It’s not just with swinging animations that Insomniac are drawing clear distinctions between Miles and Peter as Spider-Men. Miles has his own unique suit of combat abilities, which sound quite interesting. The biggest of these is Venom (no, not that Venom), which can be used in combat by holding down L1 and pressing one of the face buttons, allowing Miles to tap into and use his bioelectricity powers. All Venom attacks call stun damage, and stunned enemies take additional damage from regular attacks. There is another move called Venom Jump, which allows Miles to leapfrog several feet into the other. Meanwhile, there are also charged attacks and finishers. Similar to Peter’s Focus in Marvel’s Spider-Man, Miles’ Venom also has to be charged up. 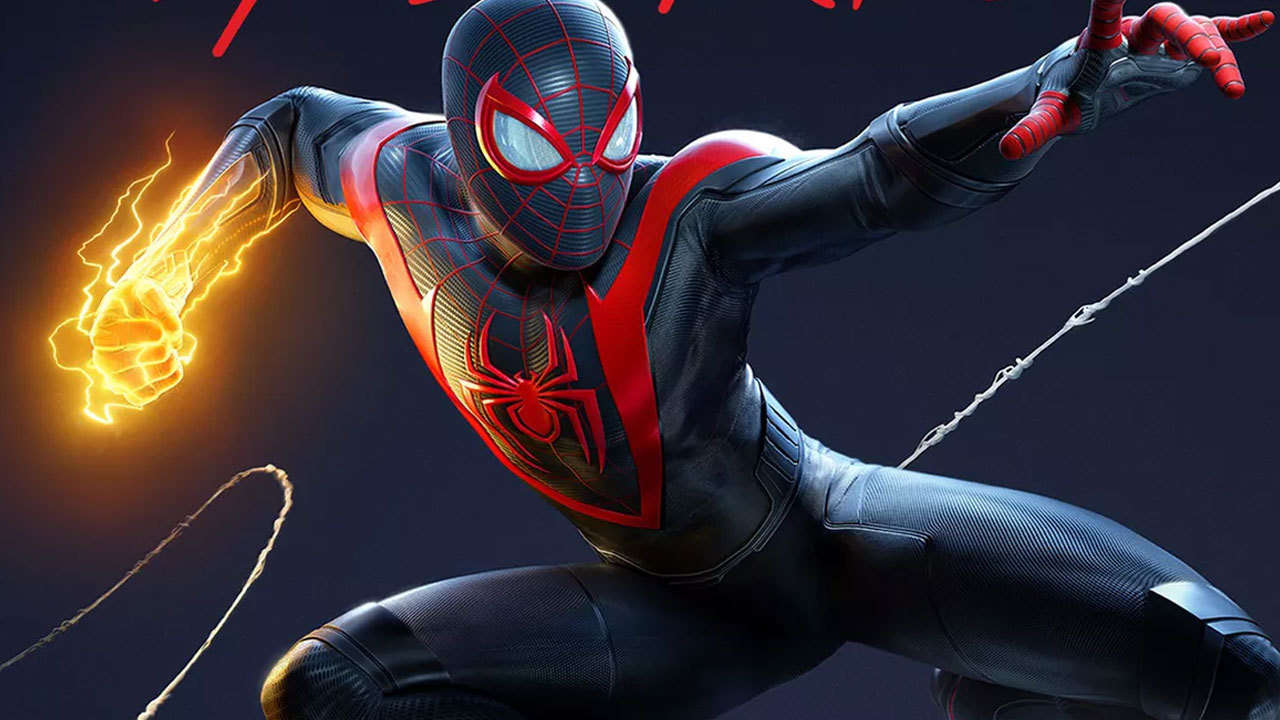 Similar to combat and swinging, stealth gameplay is also receiving some changes and improvements. For starters, Miles can use his camouflage ability (which runs on a cooldown) to temporarily render himself invisible. Not only can he sneak up on unsuspecting enemies, this also means players can now re-enter stealth, at which point enemies will begin looking for you again. Additionally, stealth takedowns can now also be done while sticking to ceilings and walls.

We’ve known for a while that Marvel’s Spider-Man: Miles Morales will have a 60 FPS option on the PS5, but Insomniac have now also shared exact details on the two modes in the game. Performance Mode will allow 4K at 60 FPS, while Fidelity Mode will offer 4K at 30 FPS. So why go with the latter at all, then? Well, unlike Performance Mode, Fidelity Mode will (at the expense of frame rate) feature ray-tracing and other visual improvements.