Bioware has announced the next DLC pack to hit Mass Effect 2 in late March.  It is entitled ‘Firewalker’ and it will be free to anyone who bought the game new, which gives you access to the Cerebus Network.  If you didn’t buy Mass Effect 2 new then access to the Cerebus Network will run you $15 and includes the rest of the free DLC within the Network.

The Firewalker DLC will add five new missions.  In these missions you be able to use the ‘Hammerhead’.. think MAKO from Mass Effect 1, but it flies.  The Hammerhead is a heavy assault vehicle that hovers over the battlefield at up to 120 kilometers per hour and features a guided missile system ensuring accuracy even during aggressive maneuvering.  The DLC will be available for the Xbox 360 and PC towards the end of March. 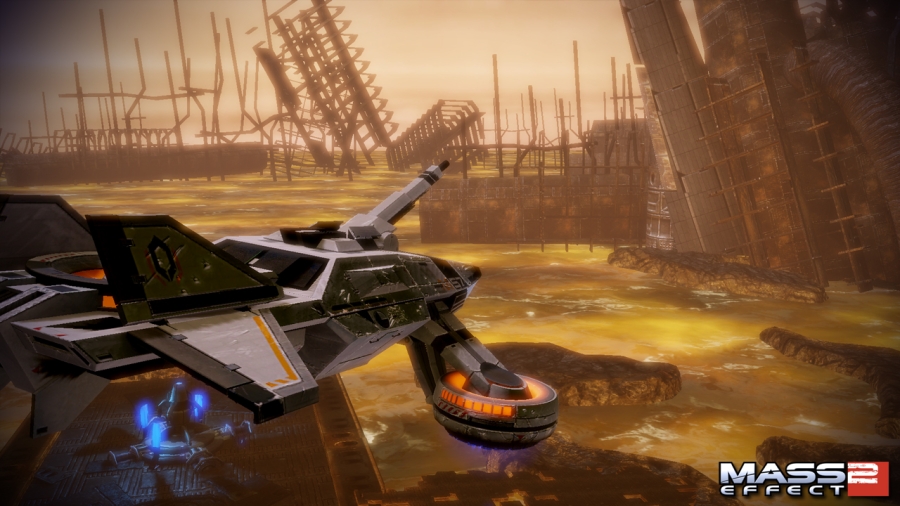