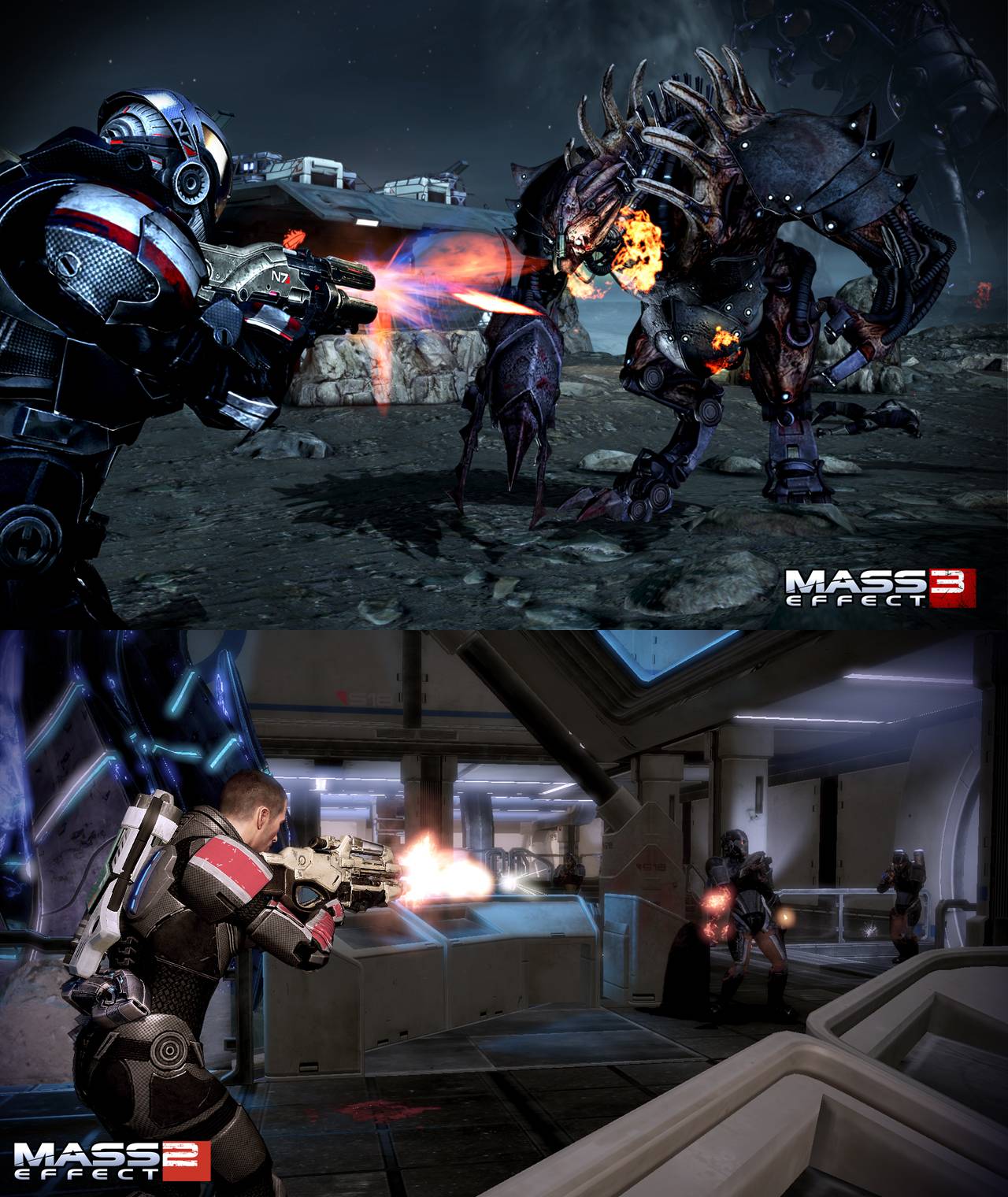 We have an amazing comparison for you this time between Mass Effect 2 and Mass Effect 3. Both these games run on the Unreal Engine 3, and look extremely good. Mass Effect 2 really shined when it came to graphics and that’s mostly because the splendid art design stood out. Mass Effect 3 on the other hand features more improvements as Bioware mentioned earlier that they have really optimized the engine well. Mass Effect 2 was released on the PS3 as well, and while it had some frame rate issues, it did look spectacular for an Unreal Engine 3 game. We have a lot of screenshots which show Mass Effect 2 and 3 in all its glory, and it’s hard to choose between any one of them because the art design is so similar in both games, but tell us which ones do you prefer?
We have to give it to Mass Effect 3, though, just because the overall image quality seems better, but tell us what you think in the comments section below.