Mass Effect 4: The Direction That Bioware Needs To Take

An epic trilogy deserving of an equally epic sequel.

Role-playing-games have come a long way over the past century, evolving from simple tabletop games to people dressing up and enacting their favourite fantasy characters, This trend finally stepped into the world of technology and gaming fully in the 1980s. Adventure, a game developed by William Crowther in 1972, is often accredited for being the first computer RPG of the age. Although not an RPG in essence, the game had a group of warriors battling a dragon. This may not sound much, but Adventure was the advent of a new genre of gaming that has found its place and established itself fiercely in modern gaming industry. Starting from Adventure, Ultima and Wizardry the RPG genre sprouted upwards and upwards just as technology was punching its mark in the daily lives of people.

Almost half a hundred years after the world was introduced to a new style of gaming, we are cannoned by a number of developers who have proved their ardour and ability in the field of RPGs. But every now and then, there’s a little bit of something from the hoard that catches our fancy; like spotting something shiny in the garbage while walking down the aisle that you tread day in and day out. That little shiny something came to us in late 2007, from the cradle of Bioware and it goes by the name of Mass Effect.

"The ‘mass effect’ concept was ingeniously employed which allowed the characters to carry 4 weapons, all of them retractable and compact, and all having the same weapon clip while firing a bullet the size of a grain of sand."

Mass Effect was a huge step forward in gaming with its unique setting, compelling gameplay, varied characters, ravishing environments and the sheer impact the concept of the game had. Set in the future with where humans become a part of the galactic order after discovering the ‘mass effect’ field, allowing them to travel faster than light. Even the weapon technology was based on the mass effect.The ‘mass effect’ concept was ingeniously employed which allowed the characters to carry 4 weapons, all of them retractable and compact, and all having the same weapon clip while firing a bullet the size of a grain of sand.

The amount of detail in the game, from the characters to the concepts involved, the logs and the journals, the main missions and the ability of the players to explore more than two dozen planets throughout the galaxy made gamers weep and laugh with joy. The fact that the decisions that players took throughout the game had severe consequences on the story and the gameplay and even character (and further dialogue) availability in the future had everyone spellbound. No game extant had offered such immense freedom to players with so much at their disposal. No wonder that Mass Effect set a gold standard for modern RPGs.

Mass Effect 2 followed this legacy in a slightly different manner. The game was more linear in order to attract the attention of the non RPG players who were averse to the idea of exploring such a huge world as in Mass Effect while still being dissatisfied with not completing the game fully. Bioware succeeded in this beautifully with the second iteration. It was the perfect mix of frustration and achievement, with the same storytelling brilliance as the first and propelling forward the gripping story that everyone found tenacious into further awesomeness with its further refined shooting and RPG elements.

After two very successful games, Bioware seemed to have taken to their recesses a little too strongly as was evident from Mass Effect 3. No doubt the game was as good as the previous two, but maybe in lieu of attracting more and more people to the Mass Effect franchise, Bioware became tentative in their approach and botched some aspects of the game.

Mass Effect 3 was a little too linear in its approach to the story although it saw some decent improvements in weapons technology but that was at the cost of exploring the scintillating galaxy at leisure. No doubt still the finest of games of all time, the game’s story (or how Shepard’s journey ended actually ) saw some criticism as did the always impending moral dilemma Shepard found himself/herself in while talking to almost everyone. The end of the game was satisfying in some bits, too obtuse in some regard and left you wanting more in some other respects. 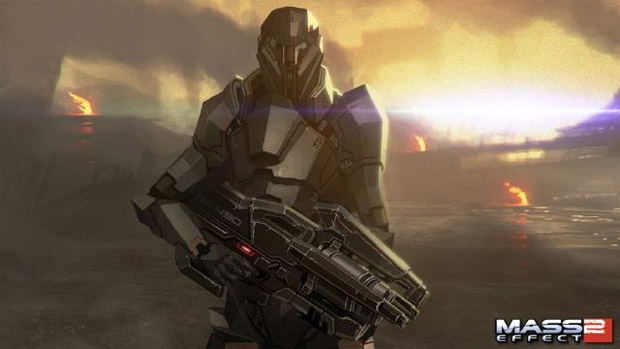 " It will do wonders if Bioware lets players play as characters from different races in Mass Effect 4. This will give gamers a chance to look at the world from a different vantage point since most races were already a part of the galactic council long before humans joined. "

What has made Mass Effect aficionados particularly garrulous in recent times is the announcement of the new mass Effect game. Of course the game would see the departure of our beloved Commander Shepard and yes, that can’t really be helped. But what everyone is fervently hoping is that Bioware reincarnate Mass Effect 4 in the way they did the first game of the series. Of course the developers showed shrewdness over the years with every subsequent title in the series but concurrently, they forgot what was that had made Mass Effect such a good game.

Bioware has a lot to learn yet and simply put, they only need look around a bit. One of the most important reasons for the success of the Mass Effect series was its characters, a number of which had been with Shepard through thick and thin and it’ll be justice undone if Bioware deprives Mass Effect followers of embarking on a new journey minus all the characters they have always come to associate with the series.

It will be good to see if Mass Effect 4 would retain its relevance to the previous games, dropping in a reference here and there about the events of the previous games, remembering Shepard and his/her actions. Another thing expected of Bioware is to let players gain an insight into the lives of characters who accompanied Shepard throughout the journey. Mass Effect has had us acquainted with a lot of races.

It will do wonders if Bioware lets players play as characters from different races in Mass Effect 4. This will give gamers a chance to look at the world from a different vantage point since most races were already a part of the galactic council long before humans joined. The prospect of expanding the world beyond the galaxy sounds like a good one too but both these paths Bioware needs to tread with utmost care and precision.

Although the prospect of a map beyond the galaxy may sound too much to digest because it may become very repetitive and recursive, but so was the thought of a world spanning the whole galaxy in a game a dream. If Bioware does take up the idea of going beyond the galaxy, they’ll have to put their nose to the grindstone to come up with new ideas and elements to put in the extensive world in order to keep it from becoming redundant and monotonous. Everyone is sick of the rinse repeat theory. Even the phrase itself has become hackneyed.

"After delivering to us a whole new world, luring us to the tempting worlds that the Mass Effect series unveiled with laudable characters to walk us through with our individual journeys, the series has had its name etched in gold in everyone's heart and mind."

Carrying forward the legacy and the essence of the trilogy, it’ll be great to see our choices in the first three games affecting the story and gameplay of the fourth game. Improving upon the third games failings, Mass Effect must have a wider variety of vehicles like in the first game only that now everyone would be expecting a better and advanced variety of vehicular transport.

Although the first game in the series had its share from the critics for its AI and humongous world, it will be exhilarating to have more freedom to explore the world in Mass Effect 4. The weapons arsenal had always received attention aplenty from the developers, but customisation options the like of Mass Effect sound like a good idea albeit, the game mechanics in this regard will have to be much more refined than before.

Definitively, Mass Effect 4 is expected to carry forward the trilogy’s quintessence. It’s mandatory that the game feature the same moral and choice mechanics, the enticing and brilliant characters against the backdrop of a stunning world whilst focussing more on the role-playing aspects of the game and introducing and refining the stupendously fun action and thrill that the third instalment in the series gave us.

After delivering to us a whole new world, luring us to the tempting worlds that the Mass Effect series unveiled with laudable characters to walk us through with our individual journeys, the series has had its name etched in gold in everyone’s heart and mind. And none of us wants to see such an excellent creation ruin and thus are there such high expectations from Bioware and since they have delivered in the past, we all have our hopes stacked against the odds. Bioware, don’t let it be a bolt from the blue that catches us unawares and singes us.