The first two Max Payne games are certainly something that can be termed as all-time classics. They had intense shoot-outs; niftly bullet-time mechanic that made it a joy to obliterate whoever stood in your way, and also a depressing story which tried to make you feel the pain that Max was going through. 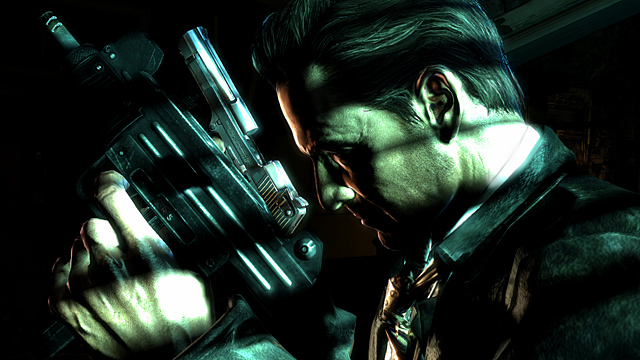 The original developers Remedy aren’t behind the helm anymore – it’s Rockstar Games. There are a lot of changes in the third game and it is, in a lot ways, different than its predecessors. The bullet-time mechanic is still in, and no, they don’t try to explain how Max can do all sorts of things he does in the game because it’s a damn video game. This isn’t the same agile Max Payne from the first two games; this is a slow and lumbering Max Payne, and combined with a janky cover system – it’s going to be a little troublesome early on in the game.

I always tried to wonder how Max can take so much punishment in game, and not to mention, fill his body with painkillers and drinks and still end up mowing down hordes of enemies. Going with the, “It’s a damn video game,” logic, I can bypass these questions, but Max Payne 3 takes the violence to a whole new level. Not as gory as Soldier of Fortune; however, if you are interested in this game, chances are you’re going to have a lot of fun seeing bodies littered around.

Max Payne is a gun-for-hire in this game, found by his friend in a terrible state, drinking away his life in a lonely apartment in New York. Unpleasant things happen soon after that which requires him to do what he does best. It involves explosions! This is a shooter game to its core; a game where you will face insurmountable amount of goons, cops and all sorts of baddies, who know nothing about mercy and compassion. It’s time to find out how the life is in Sao Paolo, Brazil. 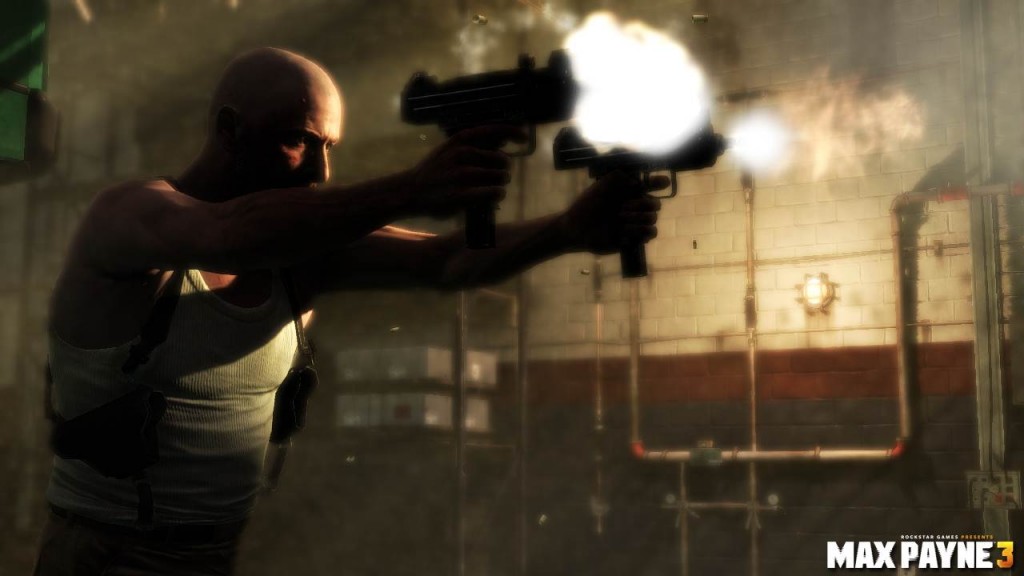 Max Payne 3 is a meaty game. It took me approx. 12 hours to finish the game on normal difficulty, and there’s hardly any fillers to artifically boost the length. However, the inability to skip some cutscenes, and having to stare at the ‘Still Loading’ prompt is something that I’m not too fond of. It is not that the cutscenes are bad; it’s having to view them again after dying which results in annoyance. The cutscenes are nicely done, and usually appears after a gameplay segment, giving much needed breather before the action resumes.

You travel to exotic locations like the Favelas in Brazil, and if you have watched that movie Fast-Five, or played that mission from Modern Warfare 2, you should know that all those things pales in comparison to what you’ll see here. These gangs have a brutal way of killing traitors: they put you in a barrel, douse you with kerosene or any equivalent, and throw a match stick in. The end result is not pretty, and there are some disturbing scenes in the game. It’s one of the good design philosophy that Rockstar have; you get to see things that normally other developers don’t have the balls to implement.

What are you doing in Brazil, though? Apparently, you have to rescue a guy’s wife who has been kidnapped, and the fact that women keep dying around Max Payne, does this one as well? Things like these keep you guessing and new problems are created on the way. The visuals, stunning audio, and frequent cutscenes give you an experience like none other, or well, maybe like Uncharted – set-pieces and cinematics galore. 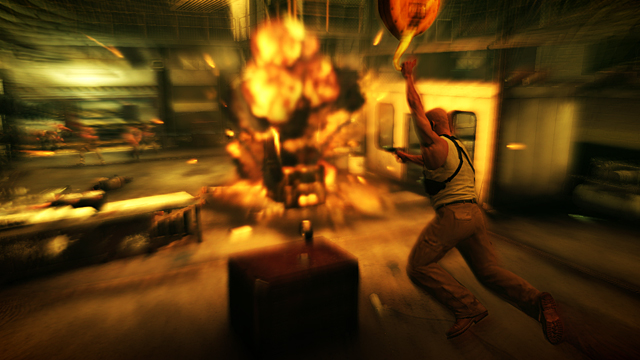 Having played the game on a PS3, the performance was pretty satisfactory along with the image quality. These are the technical things that Rockstar have not got right on the PS3 this gen, but Max Payne 3 changes that. The visuals  are projected in such a way to disorient you and show you what Max is going through. The lighting in particular, is quite overdone I feel. My ocular sensors don’t need to be overloaded with flashy lighting, Rockstar. This is the main reason why it’s difficult to play the game for longer periods.

The story is broken into three parts, each set in a different area. Hoboken gunfights are in! I was pretty pleased to see that, because it’s a Max Payne game after all. However, it’s surprising that the classic Max Payne theme was so underutilized in the game, but giving way to some brilliant alternative, with the sole purpose of pumping you up. That’s understandable because you aren’t really that motivated to go after your enemies early on like in the first game – revenge isn’t a big theme here – it’s about saving the people you were paid to protect while encountering twists in the way.

I really love the way Max carries a big weapon like Shotgun or Sniper in one hand, and his entire walking animation changes – even reloads. It makes the whole thing realistic in a game where questioning some of the things will only end up confusing you. The bullet-time mechanic has been enhanced with a last to live system, where you have a chance to kill the guy who drained your health, and if you manage to put a bullet anywhere in his body – you live.  The painkillers can be found in select locations like, uh, you know – bathrooms, shelves and stuff. You can use that to increase health just like in the previous games. 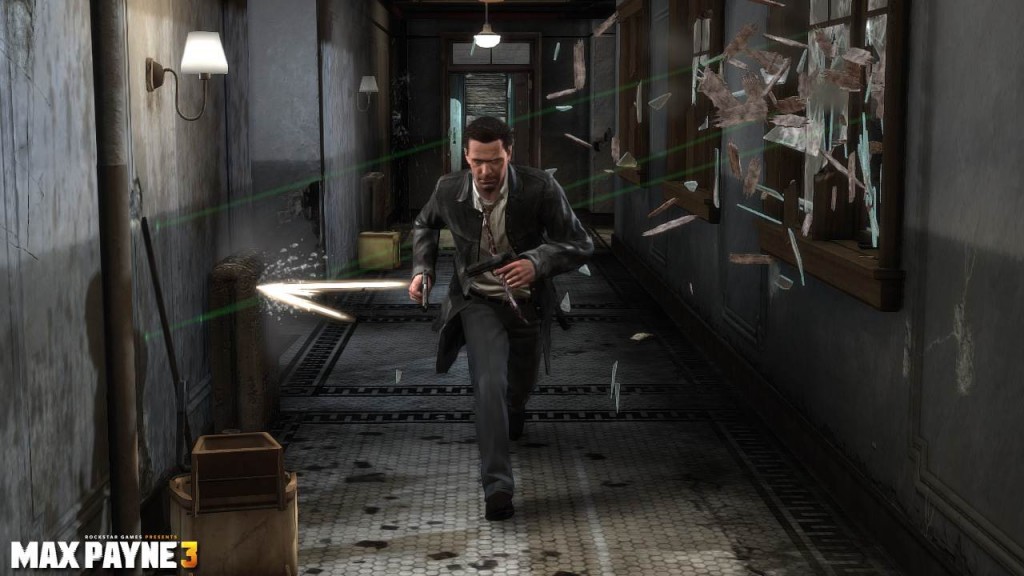 The new direction isn’t really that refreshing, because you just kill a lot here. However, the pacing is pretty spot on and you will meet characters loaded with some witty writing from Rockstar’s side. With a lot of weapons at your disposal, all you can do is shoot your way out of trouble, and in style. This is Max Payne 3 in a nutshell. The Max Payne I know and love.

After finishing the campaign, you can participate in time trails and arcade modes to rack up as much scores as you can. There’s also a fully featured multiplayer suite with plenty of maps, ranging from the Favelas to Downtown Hoboken – all expertly designed with a lot of locations to hide. The bullet-time mechanic carries over in the multiplayer, and you are also given a plethora of modes like Deathmatch, Team Deathmatch and some new interesting ideas. Rest is all simple – level up, customize your character, finish challenges to gain XP and all that standard things we see nowadays.

It remains to be seen if the multiplayer is played for a long time as the quality is definitely there, but there’s also a lot of competition in that front from other games. I doubt the multiplayer component of Max Payne 3 can stand out from the crowd, and given the crowded release schedule these days, it’s going to be tough. 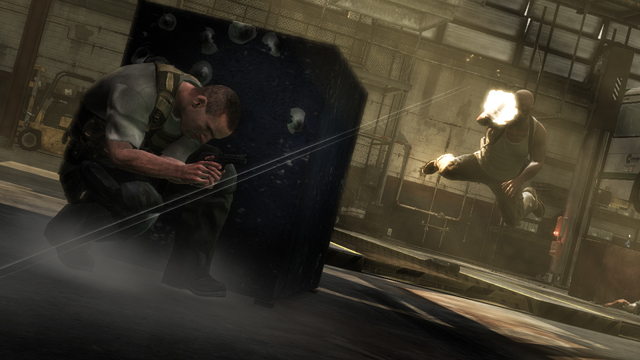 However, the campaign is simply sublime and is something that any Testestorene charged male would fancy. It’s classic Max Payne; he’s betrayed, mentally and physically destroyed, but he’s going to raise some hell and you  can count on that.

The cover system and Max's movements are questionable. The lighting can strain your eyes. Unskippable cutscenes.

Final Verdict:
EDITOR’S CHOICE
It's classic Max Payne; he's betrayed, mentally and physically destroyed, but he's going to raise some hell and you can count on that.
A copy of this game was provided by Developer/Publisher/Distributor/PR Agency for review purposes. Click here to know more about our Reviews Policy.