Max: The Curse of Brotherhood Review

Miniature hero Max must overcome the wilds of another world to save his little brother.

Be careful what you wish for. If our titular hero, the well-coiffured protagonist Max, had heeded this very simple warning then he’d never have needed to dive through a magical portal to rescue his kidnapped brother…

Younger siblings can be a pain but inadvertently banishing them to a weird and magical world full of chomping beasties and perilous pitfalls is just plain mean. Fortunately, in Max: The Curse of Brotherhood, our hero is armed with a Magic Marker that allows him to manipulate his environment and help him on his way. It’s up to you to guide him across seven chapters through arid landscapes, lush forests and gloomy caves to save Felix from the clutches of aptly-named bad guy, Mustacho (he has a massive moustache, you see). 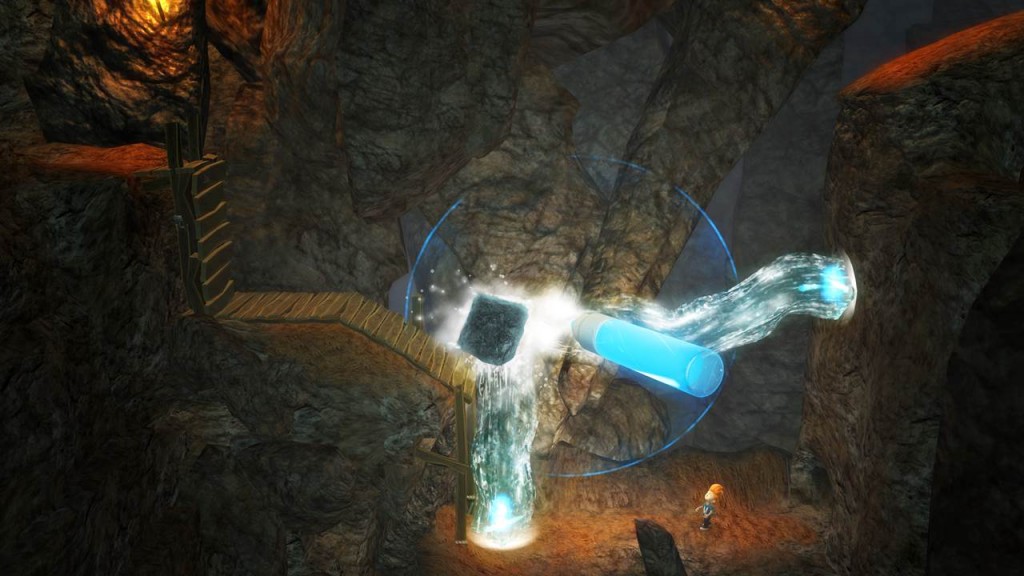 "Aimed at all ages, the puzzles throughout are fairly simple and never prove too challenging; areas that can be manipulated by your pen are clearly signposted and the controller even rumbles when you hover near the appropriate spot."

Press Play’s side-scrolling platforming puzzler is a follow up to the popular 2010 Wii and iOS game, Max & the Magic Marker. It’s this Marker that differentiates the game from all those other platformers; at any time, pressing RT brings throws a large pen tool up on the screen, which can be used to harness the power of the elements by interacting with highlighted objects. This means Max can draw vines to swing on, make pillars of earth erupt from the ground, create streams of water or shoot powerful fireballs.

On your travels you’ll have to outmanoeuvre fireflies, avoid voracious vegetation as well as escaping club-wielding troll types and spikey snail-like critters. It all concludes with the final confrontation at Mustacho’s castle – perhaps the weakest portion of the game where learning to avoid a few set-piece attacks will see you safely return home with your bro.

Aimed at all ages, the puzzles throughout are fairly simple and never prove too challenging; areas that can be manipulated by your pen are clearly signposted and the controller even rumbles when you hover near the appropriate spot. Some do require a far bit of trial and error to succeed, however. You could, for example, be standing at the edge of a precipice with only a branch and a short length of vine ahead of you, knowing full well that neither will help you get across if used independently. But connect the vine to the branch, then sever it at its root and the vine becomes just long enough for you to swing to the next platform. Very clever. 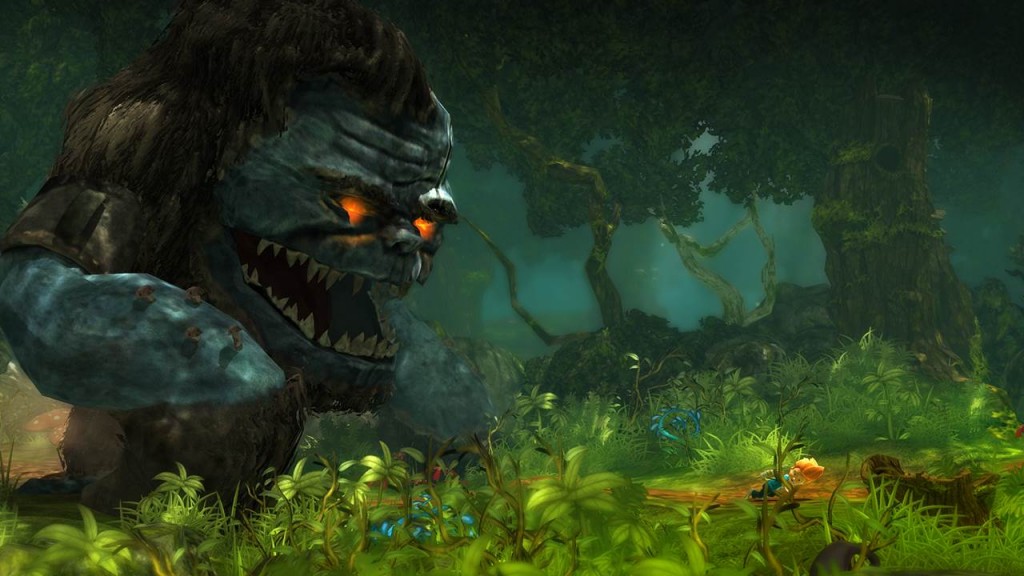 "The Curse of Brotherhood is a fantastically good-looking game, with the 2.5D environments boasting a depth of field akin to recent titles like Mickey Mouse’s Castle of Illusion and Flashback."

Lives are unlimited and the checkpoints are generous so it’s really not a problem if you do mess up. For that reason, it’s worth experimenting and seeing whether a chasm can be leaped across or an enemy disposed of.
My only real bugbear was the inaccuracy of the controls using the gamepad – but you quickly master them and will be able to quickly draw/destroy your creations in no time. And the fact the pen snaps to the nearest point of interest helps things no end.

Thankfully, Press Play opted against trying to shoehorn Kinect functionality into the game too. In theory, the Magic Marker mechanic would be perfect for motion control but in those fraught moments when a monster is chasing you, rocks are tumbling and lava is flowing, it’s tricky enough to draw a vine to shimmy up with your controlpad; Kinect integration, would quite honestly, have been a big mistake. So well done the developers on that front.

The Curse of Brotherhood is a fantastically good-looking game, with the 2.5D environments boasting a depth of field akin to recent titles like Mickey Mouse’s Castle of Illusion and Flashback. The backgrounds are truly gorgeous, with the bright colours, lighting and detail really making it a spectacle to savour. The camera cleverly pans in and out, changing perspective and perfectly showcasing the dangerous surroundings in which you find yourself. Ropes ripple and bob after you’ve leapt from them, lava flows convincingly, lightning storms flash in the background, rocks fly out of the screen towards you when smashed, and the screen shudders when the massive Beast chases you. Even some of the cave levels where Max’s silhouette darts along the caverns is really attractive and has clearly been influenced by the likes of Limbo. It’s a fantastic experience. 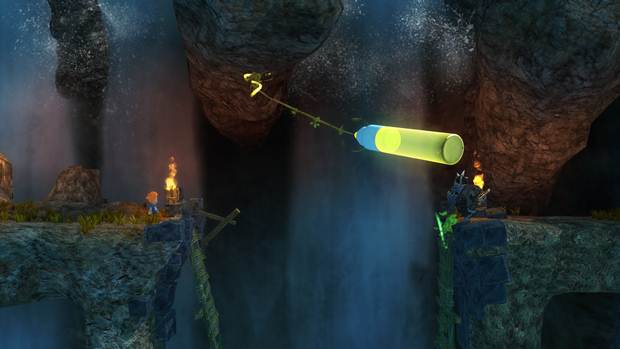 "Quite unexpectedly, it was Max’s escapades that dominated my gaming time over the holiday period, despite the lure of all the other big budget Xbox One titles."

My first playthrough took around six hours and 300 deaths, but I soon delved back into the level select to track down those missing collectibles and mop up a few achievements. There are 75 evil eyes to yank from their roots and 18 amulet shards to find in total, some of which are tucked away in devilishly tricky places.

Quite unexpectedly, it was Max’s escapades that dominated my gaming time over the holiday period, despite the lure of all the other big budget Xbox One titles. It’s an engrossing tale and quite addictive once you master the slightly unwieldy pen.

Looks stunning for a side-scrolling game and the clever implementation of the Magic Marker and ability to play with the elements really adds to the gameplay. Boasts a decent play time and replayability factor for mopping up collectibles.

The game often requires intricate control of the Marker but the gamepad sometimes comes up a little short. Would have been great if puzzles had multiple solutions. Chase sequences often result in cheap deaths.

Simply put, Max is a fantastic indie game and a far better purchase than many of the others currently available for download. In Curse of Brotherhood, Xbox One has a fun, good-looking platformer at a budget price. Highly recommended.

A copy of this game was provided by developer/publisher for review purposes. Click here to know more about our Reviews Policy.
Tagged With: Max: The Curse of Brotherhood, Microsoft, Press Play, xbox 360, Xbox Live, Xbox One