The gorgeous co-op indie beat 'em up from studio Hero Concepts will release on August 18th for PC, PS4, Xbox One, and PC. 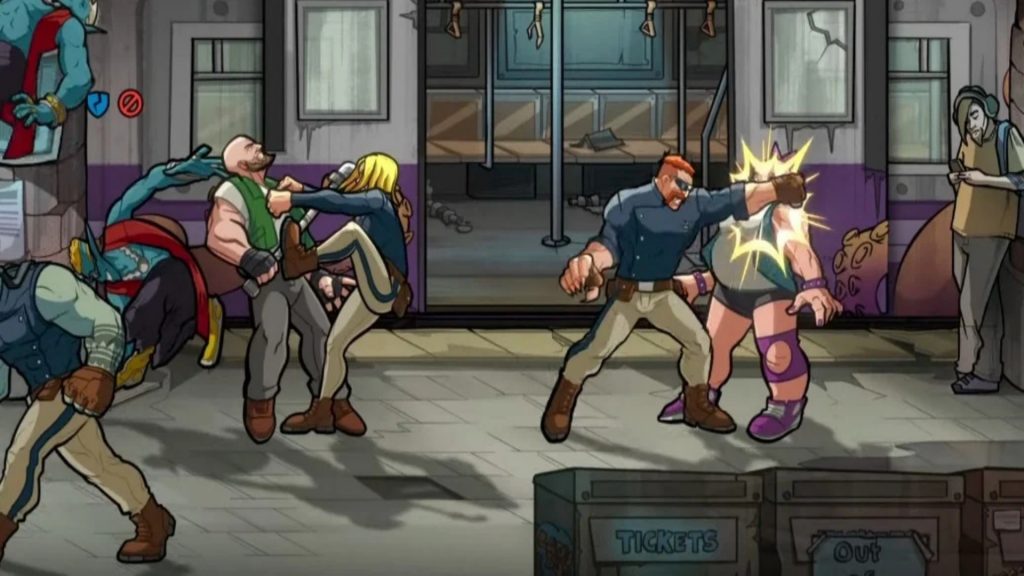 It’s a good time to be a beat ’em up fan. The genre has experienced something of a resurgence in recent years through releases like the excellent Streets of Rage 4. Fans of the genre also have something to look forward to this year in the form of Mayhem Brawler a new game from indie studio Hero Concept. The comic-book brawler will be coming to PC, PS4, Xbox One, and Nintendo Switch on August 18th.

A self-described urban fantasy title, Mayhem Brawlers is set in a city controlled by a megacorporation and its army of mutants. If that’s not enough, there’s also werewolves, vampires, wizards, and other fantasy creatures to fight. PLayers choose from one of three characters – Star, Dolphin, and Trouble – and clear out the bad guys who stand in their way.

Hero Concepts has put in an impressive level of work here. Aside from being gorgeous, the game features three-player couch co-op, a fully-voiced story mode with multiple paths and endings, and tons of enemies and bosses. Hero Concepts will be showing Mayhem Brawler at June’s Steam Next Fest and Xbox Summer Games Fest events, so we won’t have to wait long to see more.

You can check out some gameplay from Mayhem Brawlers below: