Baseball games can be fun and unrealistic- that much we found out when we played MLB Bobblehead Pros when it was released this July. Based on that game, Konami has released yet another unique take on the sport and, of course, wobbly headed sportsmen, with MLB Bobblehead Battle. The question is, is the game as much fun as Pro was? Or does it fall flat in its drive to do something different? 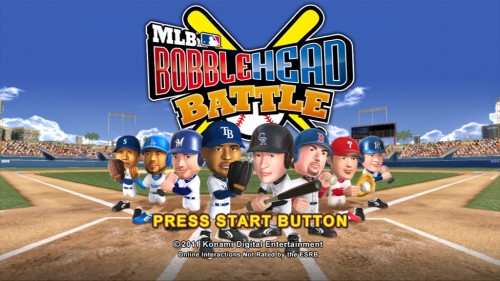 The answer to that is this- it does succeed at being quirky and creative, and some of the things it does are really fun and provide a great deal of depth and replayability to the game. But at the end of the day, the cons far outweigh the pros, and MLB Bobblehead Battle comes across as a really frustrating, gimmicky, clunky and not-so-enjoyable game.

The biggest change in the game is that there’s only two things you can do- pitch and bat. No watching the second plate, no catching of balls, no positioning your fielders, nothing. You pitch, or you bat. You get 3 strikes, 4 balls and 3 outs before the sides switch, and this goes on for 9 innings, or 3, depending on which mode you’re playing. Mechanics for pitching and batting are the same as Bobblehead Pros, but it is not the controls that are different in this game.

The field is divided into grids, each having their own unique perks. Some zones have conveyer belts that move the ball around the pitch, some boost the ball and give it more speed, some are Out zones, and if the ball lands on them, you’re automatically out, and then there are the normal Single, Double, Triple and Home run zones.

Your goal, when batting, is to land the ball in the areas which will help you, and your goal as a pitcher is to throw the ball in such a way that the batter is forced to shoot down into one of the zones that will deter his progress. It’s a simplistic approach. Maybe a bit too simplistic, since basically all you have to do is position your bat/aim the ball and hit the ball/throw it. It takes away a lot of fun from the game, since we cannot play the role of the fielders either, and while things like Cards (more on this later) keep stuff fresh, the game is a bit too monotonous and repetitive.

Then there’s the fact that the zones are really frustrating, and while I do acknowledge the fact that Konami’s thought of something really refreshing and creative here, and given their own unique twist to baseball, it’s just a bit too quirky for my liking, and it gets in the way of the experience, rather than enhancing it. 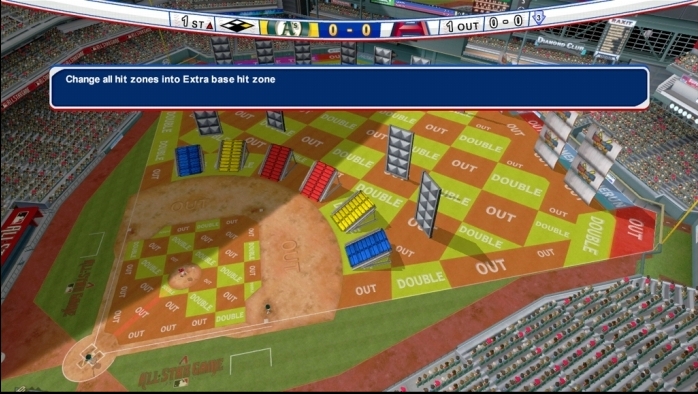 Now, onto the Cards, which are, perhaps, the best mechanic of the game. The cards are like perks, they effect everything around you. The opposite team, the pitch, the obstacles, the position of the zones, the speed of the ball, everything. As you complete different challenges and do stuff successfully while playing the game, you gain points, and it is these points that you spend to use these Cards. The system adds an unexpected level of strategy and depth to the game, and while some of the cards are really annoying, the system is, on a whole, a welcome addition.

Technically, Bobblehead Battle isn’t all that impressive. The sound effects are dull, the announcer keeps on repeating a few select lines, most of which he can’t even finish due to sound glitches on the game, and the soundtrack only contains 3 tracks in all, so they get very monotonous too. Graphically, the game’s much worse than Bobblehead Pros. The grass effects are all gone, replaced by haphazardly scattered labelings of the zones. The obstacles and players do not look very good, and the pitch appears unnervingly static and empty, with no players on the field at all.

The game does provide some amount of fun with its Stadium Editor, which is fun to toggle with- messing around with the stadiums and placing the obstacles as you please is kind of engrossing- and Challenge Modes, but at the end of the day, it’s a pretty underwhelming experience. 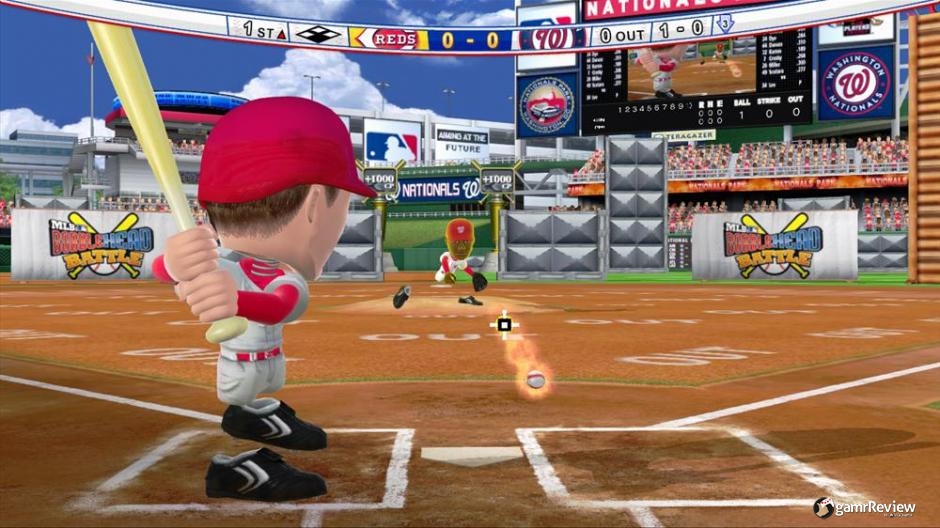 Ultimately, MLB Bobblehead Battle is definitely not worth the 800 MSP it costs, since it is low on content and not a lot of fun to play, and has very little replay value. If it were an expansion pack or a DLC for Bobblehead Pro and had costed less, it would have been a reasonable purchase- maybe- but at its price, we do not recommend it.

Watching the heads of your players wobble on their shoulders as they pitch or bat is hilarious; A unique twist on the sport; Stadium Editor is fun;

Stadium is static and devoid of movement; Announcer sucks, the one liners are boring; Frustrating gameplay due to the "Zones"; Not enough content to justify a purchase; Visuals downright suck; A bit too simplistic to grab hold of hardcore fans of the sport

Final Verdict:
MEDIOCRE
MLB Bobblehead Battle lacks the enjoyability and charm of Bobblehead Pros, but might still interest a few players looking for a rather unique baseball experience.
A copy of this game was provided by Developer/Publisher/Distributor/PR Agency for review purposes. Click here to know more about our Reviews Policy.