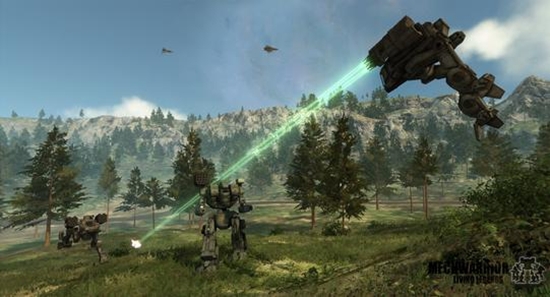 Mechwarrior Online has been announced for the PC and it is a free-to-play game. It’s been developed by Piranha games and and published by Infinite games.

“We’re excited to lead the MechWarrior franchise online for fans of the series,” said Russ Bullock.

“We’re proud to partner with Infinite Game Publishing, and are thankful for the fans of the MechWarrior series that have been so patient for the next MechWarrior game to arrive.

“Infinite Game is a partner who understands both the world of games publishing and the crucial technical needs of today’s AAA online gaming experiences. Together we are bringing fans epic next-generation Mech combat online in 2012.”

It’s been a long time since a fully fledged Mechwarrior title. Mechwarrior 4 was the last instalment which was released in 2002.