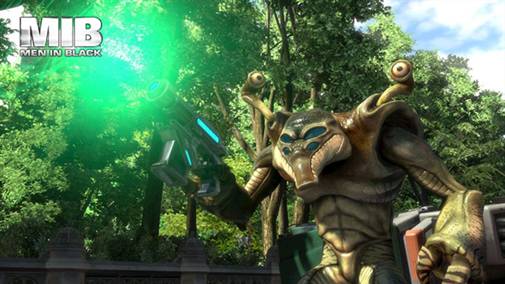 Men In Black: Alien Crisis will hit shelves on 25th May for the PlayStation3 system with PlayStationMove support, Xbox 360 and  Wii.

In Men In Black: Alien Crisis, players take on the role as Peter Delacoeur, a MIB Agent in training, assigned to unearth enemy aliens who are planning to destroy planet Earth. With hidden surveillance and stealthy guards on the prowl, players must ambush confidential alien intelligence and stop all alien attacks.

Activision have bought in Jeff Gomez and Mark S. Pensavalle’s Starlight Runner Entertainment to create the story and script of the upcoming videogame.

Men In Black: Alien Crisis will be available 25th May.