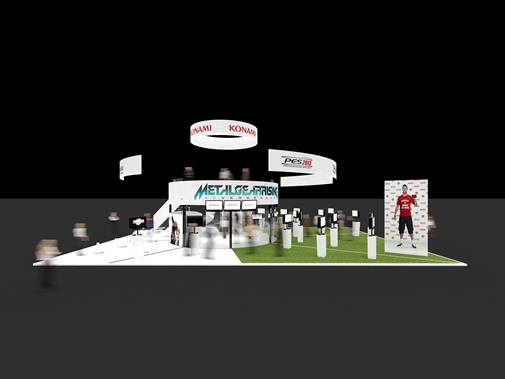 Konami have announced it’s line up for GamesCom 2012.

Held in Cologne from August 15th-19th, gamescom is the premier European gaming event.

Konami will be using the event to show titles such as Metal Gear Rising Revengeance, PES 2013 and two new installments in the Castlevania: Lords of Shadow series.

“Innovation and strong brands – that is what Konami is all about at this year’s gamescom“, explained Martin Schneider, General Manager of Konami Digital Entertainment GmbH. “With new versions of Pro Evolution Soccer, Metal Gear and Castlevania: Lords of Shadow, fans and gamers are introduced to our best brands. And via Konami onAir, we can connect directly with our community and bring Konami’s gamescom attractions to gamers all over the world – an exciting interaction that has never been at the show before.“

Sure, the line up sounds great. But Konami will surely will win the event if they bring back a certain legendary hero back. You get the drift?