Pre-order now if you want!

Could Metal Gear Rising: Revengeance be running on the PC? This image that was tweeted by one of Kojima Productions’ employee looks like it is running on a PC, however, plenty of 360 kits are also installed on a PC and we had a similar situation earlier with Crysis 2 where people got confused when Crytek was demoing it with a 360 controller. 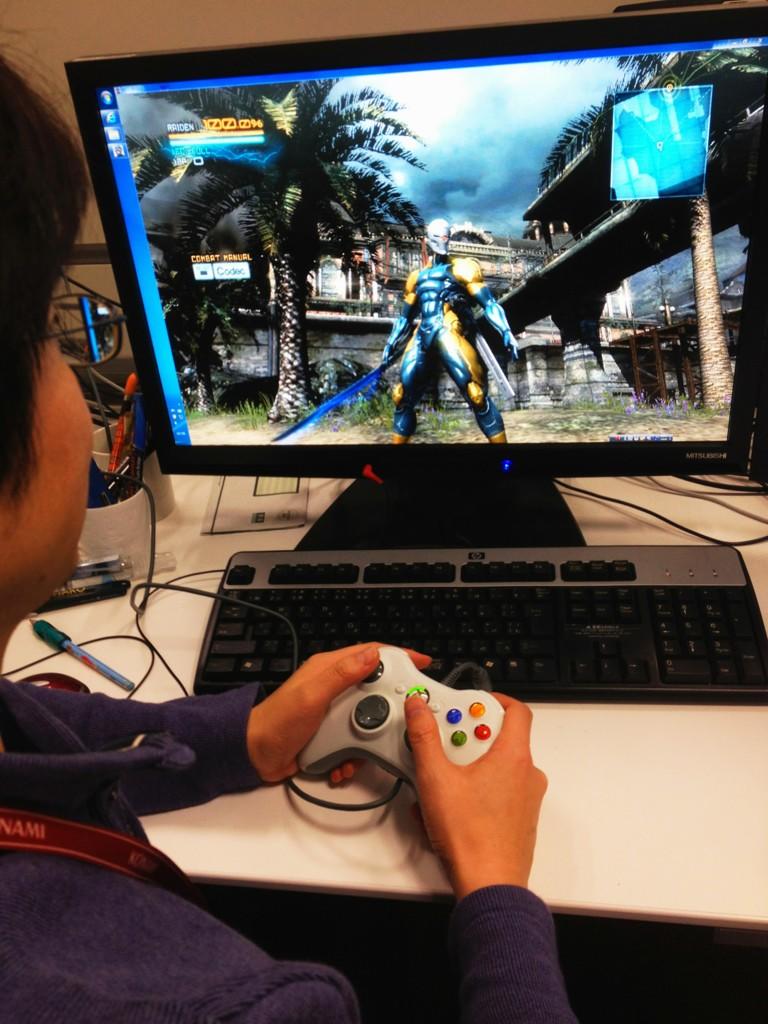 There’s another thing you can see in this image, it’s that, it’s the Cyborg Ninja Costume for Raiden. How awesome does it look? In case you don’t know Cyborg Ninja Costume was actually a thing in the MGS series, and it’s not surprising to see Raiden pull it off so well.

One thing I am confused of is whether this is running on the PC or 360, as you know I would love for a PC version because, the engine that Platinum uses looks a bit washed out on consoles, but the bright side is that it runs at 60 fps.