Kojima doing what he does best: TEASING. 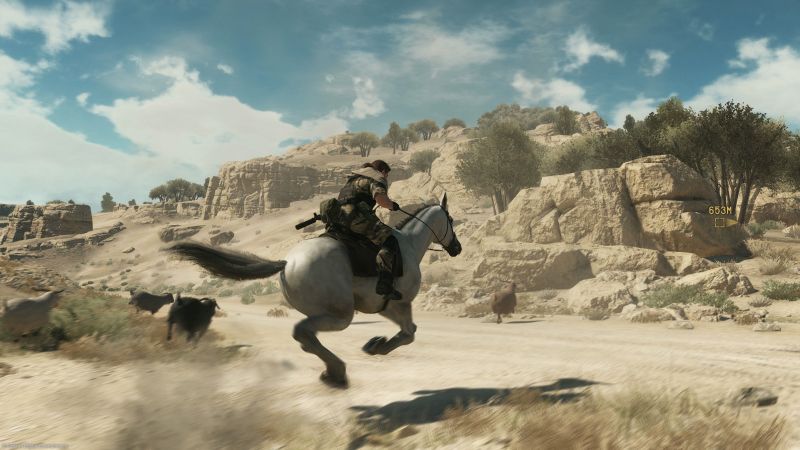 On August 13th, Konami and Kojima will be demonstrating new gameplay from Metal Gear Solid V: The Phantom Pain. The session will also have Q&A and will last an hour. So what can fans expect from the demo? Hideo Kojima has just teased few interesting images from their Gamescom set up.

It seems like we will be seeing more footage from the Afghanistan level. Kojima tweeted the image below showcasing the passage of time using the Phantom cigar. So does this mean there will be no footage from the African level? We have to wait and see. We also see images of real jeeps and an incarnation of a watch tower. This means that there might be a possibility that the demo will take place during the night time and will feature an escape scene.

In the last tweet, we also see Kojima checking something that looks like a new trailer. Although there is no conformation, we might very well see a new trailer to go along with the gameplay footage. Metal Gear Solid V: The Phantom Pain is due in 2015 for the PlayStation 3, PlayStation 4, Xbox One and Xbox 360. For more on the game check out our hub page here.

TPP giant wall at KONAMI booth. Video shows the passage of time as if u smoke phantom cigar. pic.twitter.com/NFLmVAVxUK”