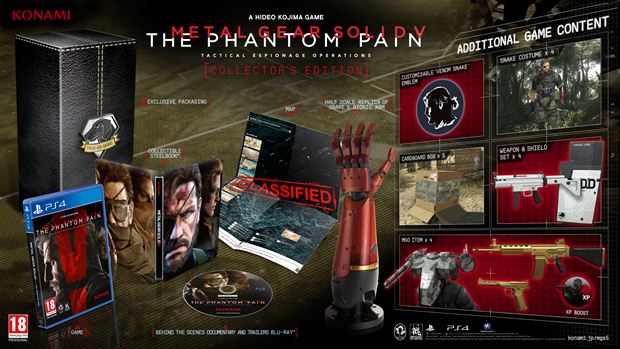 So no matter how you slice it, the Metal Gear Solid V: The Phantom Pain Collectors Edition is a collectors dream. Not only does it come with a totally badass half scale model of Snake’s bionic arm, awesome colour scheme and all, it also comes packed with some gold weaponry, a set of four weapons and shields, three cardboard boxes, four costumes for Snake and much much more, it’s also proven to be a horrifying popular piece of collectors memorabilia.

The collectors edition has already sold out on Amazon where it was listed for sale on Xbox One and PlayStation 4 for the low price of $99, which for the wealth of content included is a fantastic bargain.