How did one of the most legendary franchises of all time end on such a divisive note?

While it’s hard to argue against Metal Gear Solid 5: The Phantom Pain’s strengths from a pure game design perspective, it is still a game that a lot of veteran Metal Gear fans harbour very complicated feelings towards. The hand of mastermind Hideo Kojima is clear to see in a lot of what The Phantom Pain does, even when it’s actively trying to set itself apart from its precursors, but for many fans of the series, the game feels like a betrayal of everything the legendary franchise has always stood for. While Metal Gear Solid games have never shied away from taking risks from a game design standpoint, and have always featured best in class gameplay, their focus, first and foremost, has always been on story and storytelling.

With Metal Gear Solid 5, Hideo Kojima and his team at Kojima Productions set out to do something different, and while the excellence of how the game plays is evidence of the fact that they definitely had the right idea, one look at the final product in its totality also tells us that they couldn’t quite execute that idea the way they had hoped they would. “Unfinished” is a word that is used to describe games quite commonly (unfortunately enough), but rarely does that description ring as true as it does for Metal Gear Solid 5- because it’s not unfinished because of technical issues, neither because of a lack of polish, nor because of half-formed ideas. No, it is unfinished because it literally feels like half a game- like it had so much more to say, so much more to show, but midway through, it just… stopped.

So what happened? How is it that Hideo Kojima and Konami, the two of whom had collectively created one of the most legendary and astoundingly consistent franchises ever, a franchise that had a reputation for always having a stunning clarity of vision and doing everything in its power to make that vision a reality- how is it that Kojima and Konami ended a franchise such as that on such a disappointing note? The Phantom Pain is, unquestionably, an excellent game, but it’s one that has crippling flaws, the kind that even its staunchest defenders would not – could not – argue against. But how did we get here- what the hell happened to Metal Gear Solid 5?

It’s very tempting to answer a question like that with just one word- Konami. Konami happened to Metal Gear Solid 5. And while it would be foolish to argue with the blame that the now widely disliked corporation shares for the state of The Phantom Pain, and really, the current state of Metal Gear in general, it would also be a little reductive to do so. Surely, Konami is very, very responsible for the botched development process of the final Metal Gear game made by Hide Kojima- but how, exactly? That is a question the answer to which is intrinsically tied with the mess that was Hideo Kojima’s acrimonious departure from the publisher.

While the exact details of how and why Kojima left Konami haven’t become known even more than three years since their split, it’s no secret that the development of The Phantom Pain was at least partially responsible for it. Of course, it’s become clearer in the last few years that the direction Konami wanted to head in as a business – and has been heading in – wasn’t something that Kojima agreed with, but it also doesn’t take a genius to figure out that issues surrounding Metal Gear Solid 5’s development must have strained the relationship between the two parties as well. Hideo Kojima’s tendency for taking his sweet time with developing his games is something that we all know very well about- and while we, as gamers, ultimately appreciate the time he takes, since that results in the excellent products that he and his studio put out, Konami, as a corporation, would obviously not have be too pleased with that. As a business, they want a more frequent output of their best and most profitable products, and with The Phantom Pain, from Konami’s perspective, Kojima was simply taking too much time.

But of course, it’s not as simple as that. For Konami, even more egregious than the amount of time Kojima Productions was taking with the game’s development was how much money they were spending on it. The Phantom Pain is a game that had a development budget of over $80 million by the time it was done, a figure that is by no means a small one in and of itself, but if Kojima had had his way, and had been given free rein to do everything that he wanted to do in The Phantom Pain, that number could have gone a lot higher. But it didn’t- wanting to release the game after a long development cycle, and not wanting to spend any more money on it than the large sum they had already invested, Konami cut short the development of Metal Gear Solid 5. 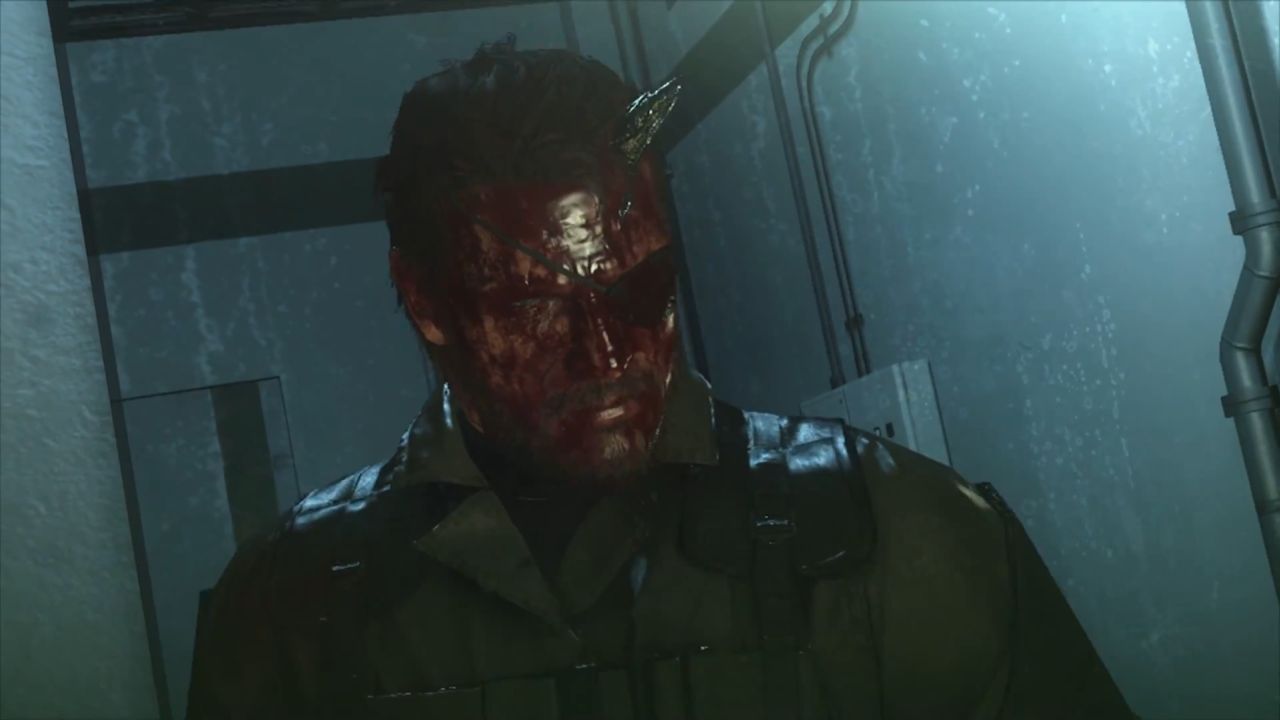 And that was, in so many ways, the root of so many problems. The criticism that is levelled at The Phantom Pain most often is that it’s incomplete, something I mentioned earlier as well, and looking at its development, it becomes easy to see just why it is unfinished. A vast majority of Chapter 2 sees us returning to locations that we’ve already visited, and having to play through missions that we have already played- even without the knowledge of what went on behind the scenes during the game’s development, the most logical assumption would have been that the developers had to do a copy-paste job, to put it crudely, to fill out the game, but with said knowledge, that much becomes painfully obvious.

The existence of Episode 51 has also become well known by now – an episode that would have been central to the game’s story but wasn’t even included in the final product – while it also didn’t take dataminers long after the game’s release to discover that original plans for the game had also included an entire third chapter, titled “Peace”, as well. A significant portion of content was cut from The Phantom Pain due to time constraints, and due to Konami’s growing dissatisfaction with how much they were having to invest in its development. But in the absence of all that content, what we were left with was an incomplete story that was never fully told- sure, fans can connect the dots about what happened between The Phantom Pain and the first Metal Gear, as many obviously have, but if the game had been allowed to tell that story itself, all the criticisms about it not having a satisfying conclusion, and about not tying up a large number of narrative arcs, would have rung hollow. We also shouldn’t forget the fact that Kojima Productions also had to abide by Konami’s mandate of putting The Phantom Pain on last gen platforms as well, and for having parity across all versions- for a game releasing in 2015, when the PS4 and the Xbox One were two years old, it made very little sense for it to have to be cross-generation, and having to work with such restrictions must surely have crippled a great many ambitions.

Beyond the blame that Konami shares for the troubled development of Metal Gear Solid 5, though, we also need to look at the vision that Kojima himself had for the game. Cut content and being released in an unfinished state are of course some of the biggest issues people have with the game, but something else that Metal Gear fans often bring up is how different The Phantom Pain feels to what came before it. Metal Gear is by no means the first franchise to have radically reinvented itself, and nor will it be the last- the likes of The Legend of Zelda, Resident Evil, and more recently, God of War have all successfully reinvented themselves, but while those franchises managed to do so while retaining the essence of their identities, that wasn’t so much the case with The Phantom Pain. While previous Metal Gear games were all about the story, with a heavy focus on storytelling through long, expository cutscenes and oodles of rich dialogue, with Metal Gear Solid 5, Kojima went for the exact opposite- focusing almost entirely on the gameplay aspects of the game, delegating some of the most important bits of storytelling to things such as cassette tapes, and completely de-emphasizing the focus on cutscenes that the franchise had become synonymous with. 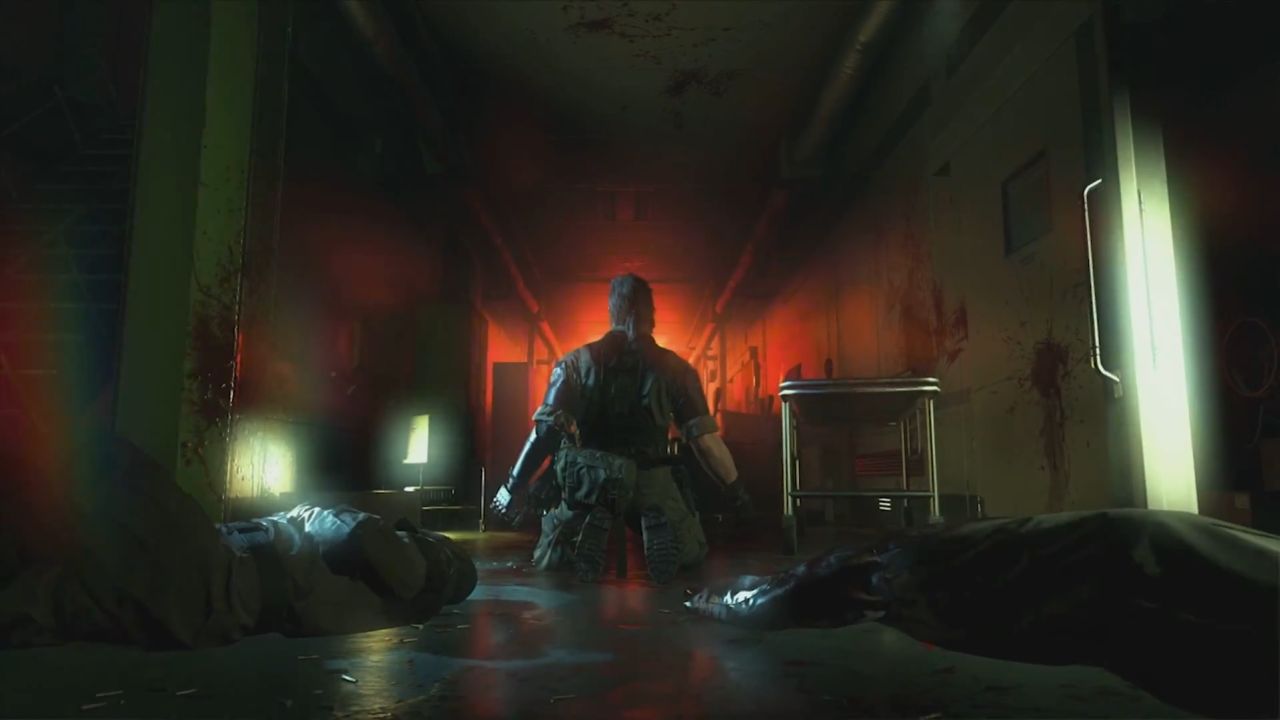 Something else that stung for a large portion of the series’ fanbase was the removal of David Hayter, a man who had become almost as synonymous with the series as Kojima was himself, having provided the voice for Solid Snake and Naked Snake for as long as the series had had voice acting. Replacing him with Kiefer Sutherland seemed almost blasphemous to hardcore fans of the series, and that dissatisfaction was only exacerbated by how criminally underused even Sutherland’s voice and performance were throughout the entirety of the game. There’s no guarantee, then, that even without any constraints and with full freedom to make the game he wanted to make, Kojima would have delivered something with The Phantom Pain that would not have been divisive among the fanbase. But then again, it would have at least been a complete game, so those issues would have been much easier to swallow.

Sadly, we’ll never really know either way. With Kojima Productions now independent of Konami and hard at work on Death Stranding, they’re never going back to Metal Gear. Even if we do miraculously see a proper Metal Gear sequel in the future, it won’t be part of Kojima’s vision, and it won’t be a culmination of his ambitions. The Phantom Pain will, sadly, always remain unfinished, and for all its greatness in terms of systemic-based emergent gameplay in an open world environment, it’ll remain a ghostly and half-formed part of the franchise’s larger narrative. That almost gives its name greater meaning- though not, I’m sure, in the way Kojima and Konami would have imagined.