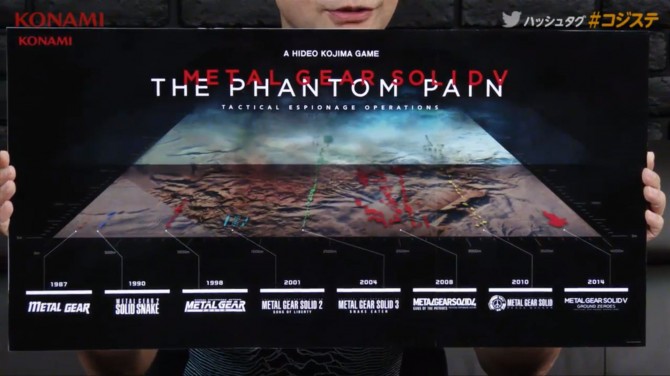 Metal Gear Solid V: The Phantom Pain remains somewhat of an enigma, even though there is no shortage of snippets and information on the game coming to us courtesy of Hideo Kojima. In his latest webcast, Hideo Kojima finally showed us the map size of Metal Gear Solid V: The Phantom Pain, and then compared it to the maps in all the previous games in the series. And, well, it’s pretty massive (as you might be able to see in the image above).

The image also seems to indicate that the game map will be at least 24 square kilometers (and might be even bigger), putting it on par with the maps in games like, say, The Elder Scrolls V: Skyrim. If Kojima is making an open world game, at the very least he seems to be doing it properly.

Meta Gear Solid V: The Phantom Pain is the fifth installment of the Metal Gear Solid saga; it was released in two parts. The first, Ground Zeroes, was a 40 minute mission released earlier this year, while The Phantom Pain itself is due for release some time later next year. Hopefully, we get to learn more about it at E3, so stay tuned.