Metal Gear Solid V: The Phantom Pain Wiki – Everything you need to know about the game

Everything you need to know about Metal Gear Solid V: The Phantom Pain.

The game is currently set to be published by Kojima Productions parent company, Konami Corporation. Directing, co-producing and co-writing the development is the head of Kojima Productions and the man behind Metal Gear Solid franchise, Hideo Kojima (vice president of Konami Digital Entertainment). The title, which will be running on the proprietary cross platform engine, the “Fox Engine” which was made with the intent of being the “best engine in the world”.

Metal Gear Solid V The Phantom Pain will be available on the Xbox One and Xbox 360, PlayStation 3 and PlayStation 4 via retail disc and digital download. There have been rumours of a PC port of the games predecessor, “Ground Zeroes” and that “The Phantom Pain” may make the jump as well, this is however somewhat unsubstantiated with nothing more than a brief statement saying it might come “in the future”.

There is no official release date yet, but an expected early 2015 release date is the common standard after fans registered their copy of Ground Zeroes and were told “Come back early 2015 to claim your Downloadable Content”. Metal Gear Solid V: The Phantom Pain has been confirmed to be in the works for PC, but it’s not a priority.

The development cycle surrounding Metal Gear Solid V: The Phantom Pain is ironically similar to the Metal Gear plot, meaning it’s twisting and complex. In February of 2012, a website owned by Konami went live called “Development Without Borders”, a play on the Metal Gear Solid Peace Walker Faction, “An Army Without Borders”. The sites purpose was to promote the  development of “The “next” MGS”. While at GDC, they put out applications for those who were willing to work on the game, especially because it was targeted at the next generation of consoles.

One of the roles that they hoped to fill was that of engineers who could help with the Fox Engine, saying they were needed to “help develop next-gen game engine technology for use with the Fox engine”. The idea was to begin “recruiting” staff from the floor at the GDC pavilion in March of 2012. Later on, a series of screenshots of the Fox Engine in action were shown in two columns, one showing photographs and the other showing real time renders. The images displayed the raw power of the Fox Engine with real time and highly accurate physics based lighting so the objects being rendered blend seamlessly with their environment.

Some time later on August 30th of 2012 as development progressed, the game was announced to be titled Metal gear Solid: Ground Zeroes. The reveal came from behind closed doors at a private celebration event marking the Metal Gear franchise reaching it’s 25th year and was revealed to the public 2 days after at the Penny Arcade Expo. Stressing the strength of the Fox Engine, Hideo Kojima confirmed that Ground Zeroes was actually not Metal Gear Solid 5, and that it would actually serve as a prologue of sorts to the main game.

In the following months, there was little to no information regarding the projects development until December of 2012 at the Spike Video Game Awards. During the show a trailer was shown for a game that was titled “The Phantom Pain”, the trailer was said to be comprised of 100% Gameplay in the Fox Engine. This trailer wasn’t officially a Metal Gear Trailer however.

With this being said, many fans began to speculate that this was indeed the next entry into the much loved steal action series. Some time later, bandaged Joakim Mogren (leader of Moby Dick Studio who developed the above mentioned trailer) appeared on Game trailers TV in an interview with Geoff Keighley where he showed a series of screenshots to the host.  Geoff however quickly took note of a Fox Engine and asked “so this game is running on the Fox Engine?” to which Joakim reacted with a largely surprised reaction and the section quickly came to a close.

At the Game Developers Conference in 2013 on March 27th, Hideo Kojima announced that Metal Gear Solid V> The Phantom Pain was indeed the final title of his current project, this announcement was followed by a trailer that showcased The Phantom Pain and some of the more important aspects of the Fox Engine. It was later revealed that the official trailer showing the game was in fact running on a PC rather than an 8th generation console. This fuelled the fires of a PC port of the massive stealth action franchise. Addressing this, Kojima has said “we are making it”, but it’s also been made clear that the PC version is not a priority.

A few months, later it was made clear that Ground Zeroes will act a prologue to the main game i.e. Metal Gear Solid V: The Phantom Pain. 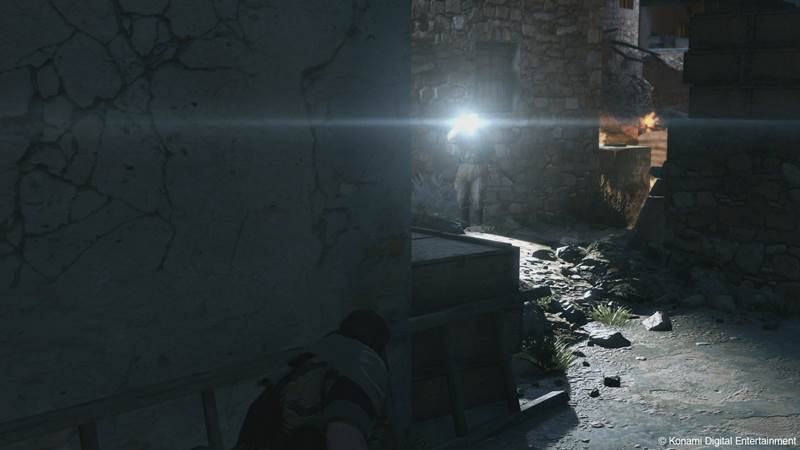 Returning super soldier Big Boss will be the players character in Metal Gear Solid V The Phantom Pain. Players of Ground Zeroes will instantly recognize the gameplay of Phantom Pain but with a number of changes. Players will make use of reactions, stealth, gun-play and hand to hand combat in order to progress.

A variety of weapons and tools will be available to the player. Similar to Peace Walker (a PSP Metal Gear Game later ported to consoles) players will have a base of sorts, from which the player can develop weapons and recruit soldiers. Players  can even actively interact with this base in the real world via their smart phone and the companion app. The games lighting is directly attached to a real time day/night cycle. As time passes the world will grow brighter and darker as the sun sets and rises, this is also impacted by how you choose to travel.

Unlike Ground Zeroes, The Phantom Pain will also see the return of boss fights. It remains to be seen how these fights will use the open ended nature of The Phantom Pain.

Metal Gear Online will also make a return in The Phantom Pain, however there are no details on the same yet. 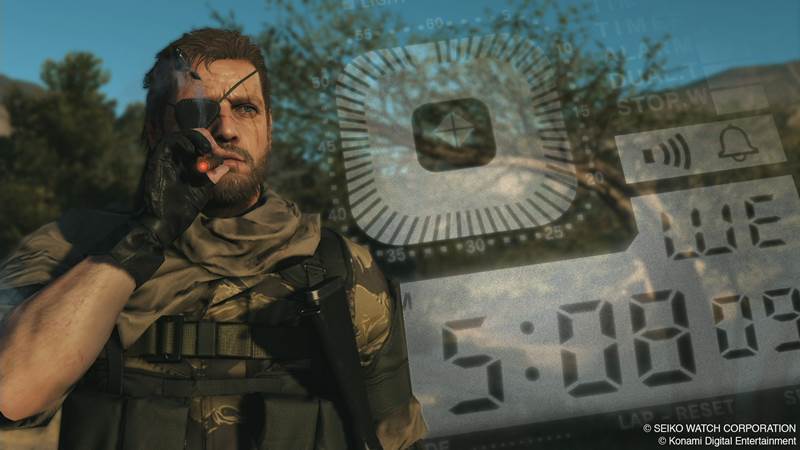 Following the events that unfolded in the aftermath of Ground Zeroes and the destruction of the Militaires San Frontieres (French for Soldiers without borders) Big Boss falls into the throes of a coma, waking after a 9 year period to form a new militant branch of mercenaries that was called the Diamond Dogs. Adopting the new code-name Punished Snake, Big Boss sets out on a quest of vengeance with Kazuhira Miller (Kaz) against Cipher [The Patriots].

Big Boss will also meet Ocelot, who apparently helps him to enter Afghanistan to rescue Miller. Big Boss will also face against a group of warriors without any pasts, a present or a future. Not long after, a plot to design a new super weapon that could surpass the Metal Gear weapons platform which quickly changes the vengeance missions mandate to stopping the Cipher Organizations new plot.

Many Characters are returning from past titles whereas some are completely new to the series, so one must continue with caution, this list of names may well include spoilers.