Metro Last Light Comes To Linux, And It Largely Survives The Transition

A Porsche Cayman is still a Porsche.

When Metro: Last Light released earlier this year, it was a revelation. The sequel to the promising Metro 2033 took everything that was good about that game, removed everything that wasn’t, and gave us a sequel so improved that it rivals Assassin’s Creed II, Killzone 2, or Uncharted 2 in terms of the reinvigorating effect it had on its franchise.

On the presentation front, Metro: Last Light nailed it- it had an incredible, moody atmosphere that properly impressed upon the player the bleakness and desolation of post nuclear Russia, the graphics were stunning, the game made the best use of sound in game design that a first person shooter has in a while, the story it had to tell was genuinely compelling (which makes sense, given the source material it was drawing from), and all the characters and events in the game felt real. On the gameplay front, its unique brand of survival horror/stealth/shooter gameplay made it immediately stand out from other games on the market. Metro: Last Light was a game which involved very real threats, threats that you needed to take down, but you had to be wise about how you picked your fights, because you wouldn’t always have what you needed to dispose of your enemies.

Happily enough, everything that was great about the game on its original release is still great. The core game was so incredible that nothing would change that. Metro: Last Light is still highly recommended. Perhaps the question in this case, then, is whether the game is recommended on Linux at all. 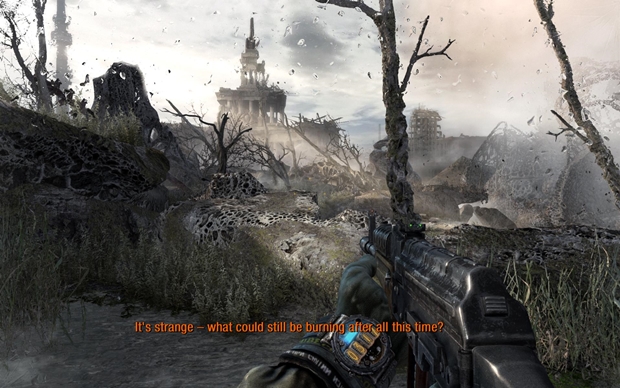 "By and large, Metro: Last Light survives this process. As a matter of fact, the porting process is as smooth as one can reasonably expect, especially for such an intensive game."

Bringing a game to Linux is always a tricky proposition. More than even Windows PCs, with their infinite permutations of hardware and the drivers that go with them, Linux can be a bitch to achieve any kind of standardization on. This is because now, in addition to considering the liquid hardware and the drivers, the core OS itself can vary from one unit to the next. No two Linux machines run the same variation of the OS and software, and this, alongside the variable hardware configurations, can make porting a game to it (which is by definition resource intensive) a complete mess.

By and large, Metro: Last Light survives this process. As a matter of fact, the porting process is as smooth as one can reasonably expect, especially for such an intensive game. The game manages to get running, and it looks as great as ever. It suffers from some incredible slowdown in cutscenes (which is really odd, considering that the cutscenes are probably the least resource intensive thing it has to render), and the sound is sometimes choppy. Apparently, a lot of these problems stem from some sort of inherent incompatibilities with the drivers on Linux- depending on exactly what driver on what hardware configuration on what flavor of Linux you are using, your mileage may vary greatly. 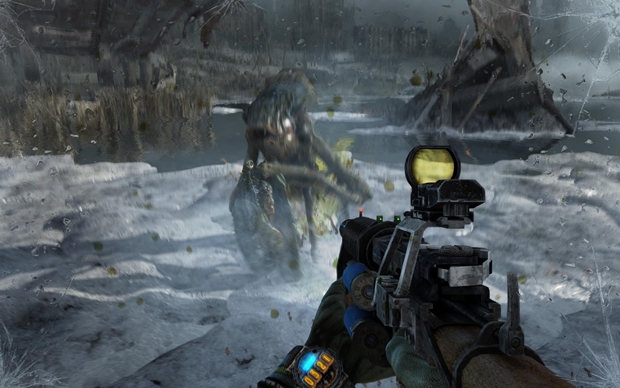 "One day, perhaps, and especially if Valve's initiative with Steam OS/Steam Machine goes well next year, we will see games being ported to Linux with near technical perfection and minimal issues. That might happen one day, but it is not this day."

Gamepads are ostensibly supported, but the only two that I tried to use were flat out not recognized. The game flat out refused to acknowledge they were there (which again, might be bringing us back to the drivers issue), but the actual keyboard and mouse control scheme is great, and it ran like a wonder with those.

On the whole, it runs pretty well- yes, I know reading that laundry list of issues up there might be freaking you out, but don’t. Seriously, my only point with these impressions is to ensure that any Linux gamer out there who goes into this game understands the potential sources of issues. The game still works, it runs, it runs well, and it does not impede with the experience at all. There are minor crashes (I experienced one), and yes, driver incompatibility issues exist, but all of this should be a given when you have a game as resource intensive as this being ported to Linux.

One day, perhaps, and especially if Valve’s initiative with Steam OS/Steam Machine goes well next year, we will see games being ported to Linux with near technical perfection and minimal issues. That might happen one day, but it is not this day. Today, as it stands, porting to Linux is a very complicated procedure (especially given the minimal install base), and given that context, and the general quality of the game, I’d say that yes, if a Linux PC was the only way for you to experience Metro: Last Light, then go for it. Just know that any other OS or system would be a better way to play it, but think of it this way, a Porsche Cayman is still a Porsche.