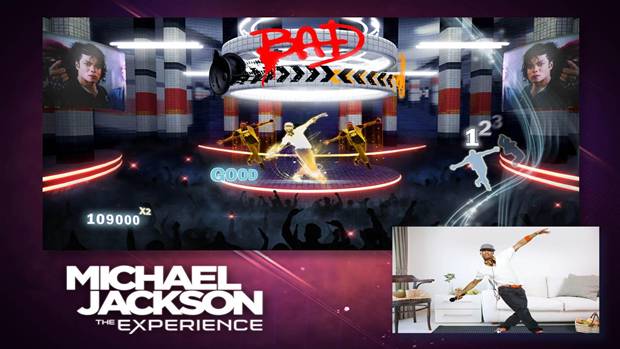 Today Ubisoft revealed three new tracks that players will be able to perform in Michael Jackson The Experience, the video game that allows players to experience the magic of the King of Pop by dancing and singing to some of his biggest hits in environments inspired by his most iconic music videos. The Wii version of the game will be playable at the Tokyo Game Show, a consumer and trade show that will take place in Tokyo, Japan from September 16–19. Smooth Criminal, Black or White and They Don’t Care About Us will be available to play for the first time.

The Michael Jackson The Experience line-up of tracks announced to date now includes:

Ubisoft Montpellier, in collaboration with Ubisoft Paris has put all of its expertise into crafting Michael Jackson The Experience for the Wii system from Nintendo to match the expectations of Michael Jackson fans across the globe. With multiplayer mode on Wii, fans are never alone as up to three more players can get in on the performance and perform Michael Jackson’s greatest moves together.

Michael Jackson The Experience for Wii will make learning to dance like the ultimate pop icon fun and accessible for everyone. In Michael’s School Mode, players will be able to rehearse before their show, with video training to practice Michael’s most challenging moves in order to pull them off to perfection.