Codemasters bringing the game to consoles and PC this Spring. 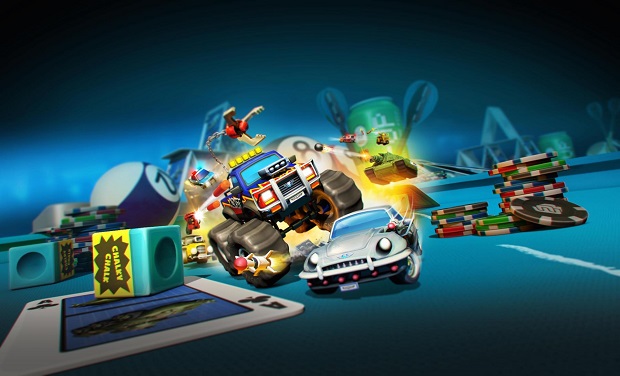 First hinted at with a new teaser image, Codesmasters officially confirmed that Micro Machines World Series is not only a real game, but it’s coming rather soon. The developers announced the title is going to be hitting the PS4, Xbox One and PC in April of 2017, meaning anyone excited about the potential of the game won’t have to wait long to see if it lives up to expectations.

Codemasters has said Micro Machines World Series is going to try and hold onto what made the series a fan favorite back in the day. At the same time, the company is adding better visuals and performance that can only be pulled off on current generation PCs and consoles.

The announcement of Micro Machines World Series appeared on the company’s official blog where it stated that, “the game’s been designed around fun and frantic play at every turn, meaning there will never be a dull moment on the racetrack or in the arena. Micro Machines World Series is the ultimate pick-up-and-play experience for players of all ages and abilities, offering intuitive, easy-to-learn controls that make the controller impossible to put down.”