Can you hear the excitement in my voice? 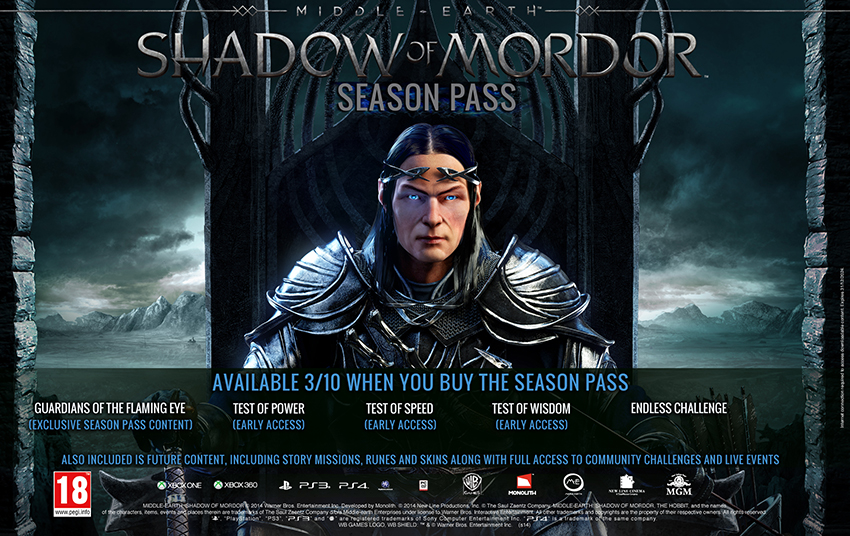 I hate Season Passes. Well, I generally dislike the idea of DLC, even though it does have a place in so many modern games (a game like Mario Kart 8, for example, would benefit greatly from added tracks released over time as DLC), but at the same time, the idea that DLCs have been planned far out in advance, far enough to sell to the customers upfront in the form of a ‘season pass,’ doesn’t rub well with me- I mean, if you were planning them so far ahead, why didn’t you include them in the base package to begin with?

In any case, all that whining is neither here nor there. I am here to tell you that Warner Bros. has announced a Season Pass for its upcoming action adventure game set in the world of the Lord of the Rings, Shadow of Mordor. The season pass will be offering exclusive content to customers to begin with, as well as guaranteeing them access to future DLC. Yay.

Stay tuned to GamingBolt for more coverage of the game.