Quite a bit to chew through.

Middle-Earth: Shadow of War is meant to be one of the prime showcase titles for the Xbox One X, and one of the games that has been most prominently showcased in the system’s marketing. And today, we finally learned about what the game will be like on Microsoft’s new superpowered console.

Essentially, the game will have two modes to play in, one favoring resolution over all else, the other favoring better graphics with increased texture detail, draw distance, effects, and more. The game will play in a dynamic resolution on the Xbox One X, going as high as native 4K. It will also benefit from being played on 4KTVs thanks to the Xbox One X’s system wide supersampling.

So it sounds like there will be a lot for Xbox One X owners to chew through with this game. It looks absolutely fabulous on a PS4 Pro- and hopefully, it scales up as beautifully to the Xbox One X, too. 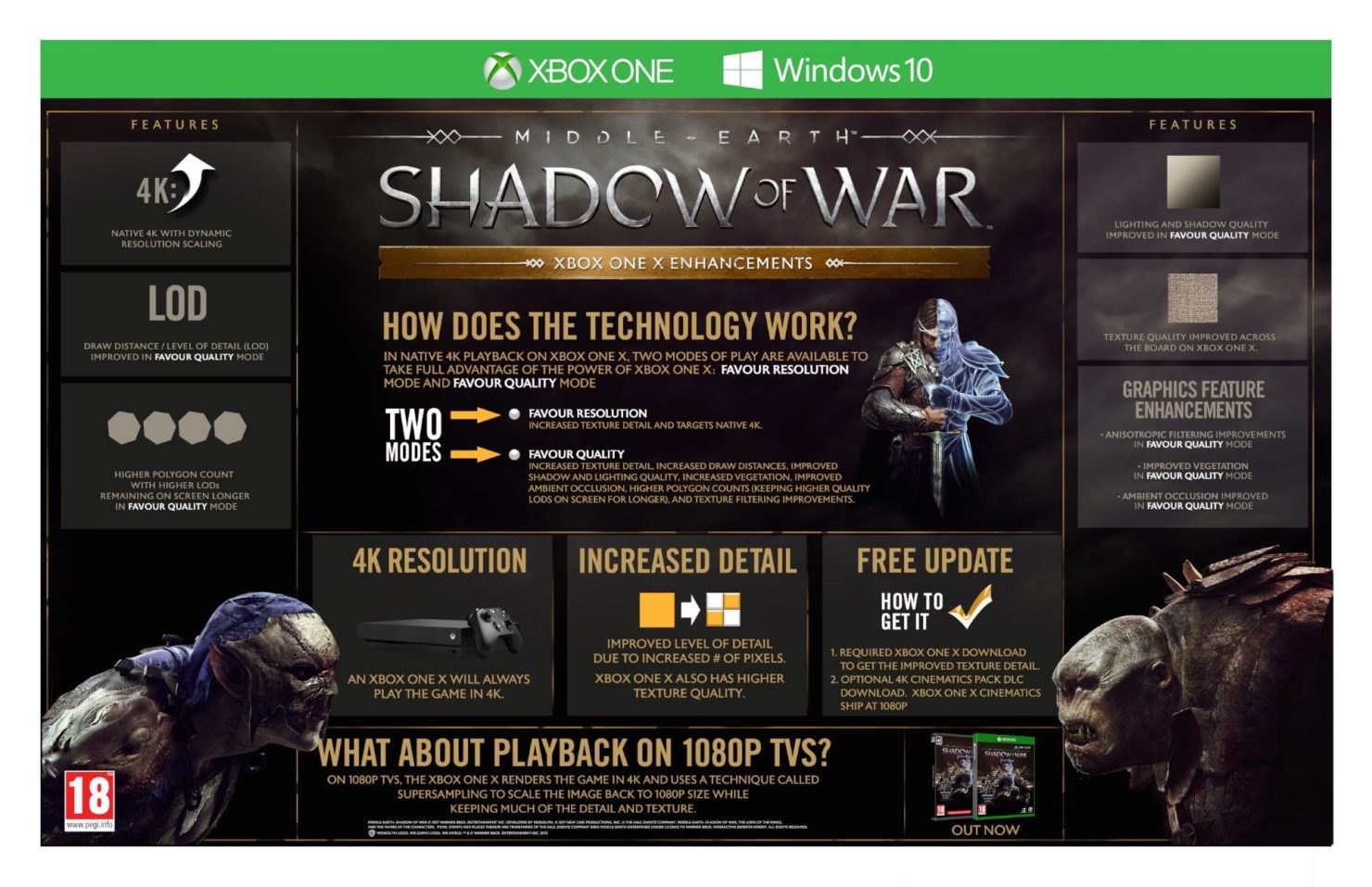