I grew up in the arcades. I spent the better part of my childhood pumping quarters into countless machines. It was sincerely the best part of going on vacations and finding a game room in hidden in back of the hotel, or going to the giant arcade rooms. You’d walk into the rooms and the collected sounds from all the arcades at the same time were just a great thing to hear. Over the years I watched as games went from 1 quarter, to 2, to 4. The side-scrollers and movie tie-ins gave way to the fighters. The throw away games turned into games that got you tickets to cash in for pencils, or if you got enough, a outdated camera. All of this was done to compete against the true game room killer, the home console. 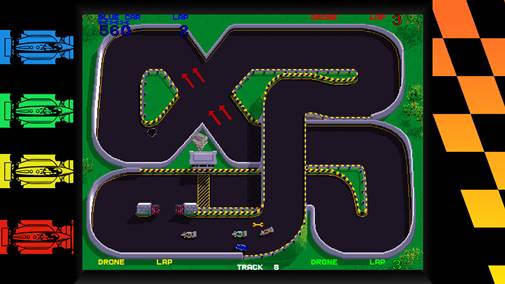 I remember the first time I saw Pac-Man on a home console at my neighbor’s house. You couldn’t fool me, it looked horrible. You clearly got a better deal with the dedicated upright cabinet in the game room, and nothing was going to change that. But then the home consoles did get better, and the dedicated uprights weren’t holding our interest anymore. By the ’90’s we were clearly getting a better gaming experience on our couch at home, instead of a musty game room with outdated machines that broken often and took too many quarters.

With all these HD remakes now being brought to our current generation consoles, it’s nice to see Midway jump on the band wagon. I don’t see the point in some of these games that came out 2 years ago, and now they’re getting and HD remake. Did your game age that much? But for Midway, they were the kings of a era, and it’s been far too long since they’re ruled. Midway Arcade Origins is a nice package of over 30 games that once graced the game rooms and sucked up our quarters, and know that I played almost every one of them back in the day.

Although it’s a pretty simple feature, by far my favorite aspect is the menu. Not only does it display the game title, but also the year it was created, AND what the upright arcade cabinet looked like. For me, it’s been such a long time since I’ve played, I remembered the cabinet more than the game’s name, and so I was happy to reconnect with games like Xenophobe and Robotron 2004. You try explaining to your friends a game about robots playing football in the future, or a game split into 3 side-scrollers for 3 people to play at the same time. You’ll get the same looks I got, but it’s in here, and it’s nice to know I wasn’t crazy. 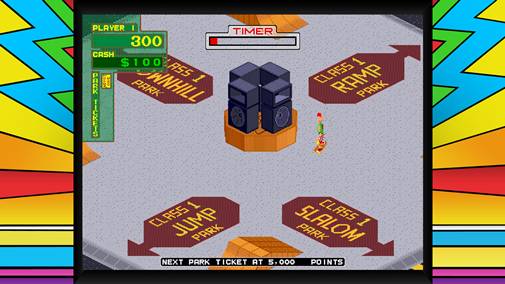 With some games, it doesn’t matter how much you try to uprezz them, they won’t look good, but some games like Tapper, who just happened to be featured in Wreck-it-Ralph, look so good, you have a hard time believing the game is nearly 30 years old. All games come with multiplayer options, if the original version was built that way. In games like Gauntlet, when you have multiple people playing, your second select screen asks where you want to stand at the arcade, since the original cabinet had enough controls. Rampage was the biggest hit in my house and as simple as the game was, it still holds up to some of these over the top, in your face games that clearly suck, but no one wants to admit.

Not being able to bring my son to a game room for the same experience I had, this is actually the next best thing, outside of the pumping quarters until you’re out of your vacation money, and having to spend the rest of time sitting at the pool, watching your siblings have fun in the arcade without you. It was a good lesson of not blowing all your money at once and also making sure to know when to stop and save your money for the ice cream floats everyone else bought, as you continued to sit by the stupid pool. By son, now the same age I was when I first entered the game room, has much more experience playing games from the home consoles. He absolutely loved Rampage, but found most of the other games, like Spy Hunter and 720 too hard. When he played Gauntlet II he couldn’t understand why the characters weren’t leveling up, or why they didn’t get better axes or arrows. It blew his mind that none of that sort of stuff existed back then. 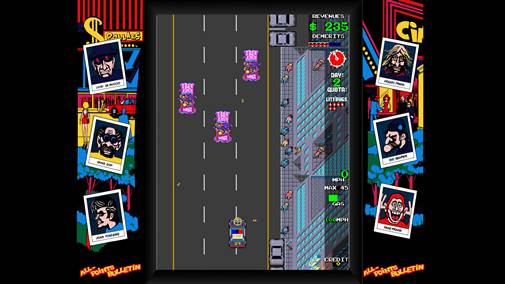 Now, I have to admit Spy Hunter is really the only game I found to have a hard time with controls. Most games translated over the control pad, and games like Smash TV works nice with both analog sticks, much the same way the original cabinet was. The port to the NES sucked, and you had to use both player 1 and 2 controls if you wanted to get close to using two sticks. But with Spy Hunter the trick to the game was getting into high gear and then only putting your foot on the pedal half way. When you got into a sticky situation, you stomped your foot all the way down on the pedal and you were gone. Even though I could replicate that on the controller, it would have been nice to have an option to turn down the sensitivity. My son couldn’t perform the maneuver and crashed into everything and was done after about 5 minutes. Spy Hunter II, was easier for him, but man I hated that game in the arcades and I don’t know why. It just seemed like a bad sequel, but my son and I actually had a good time.

I’m not saying I’m as old as dirt, but I certainly remember the golden age of the arcade room, and I think Midway has done a great job of preserving that in this capsule. Of course some of these games are showing their age, but with the HD, some look better than their original upright counterparts. With Wreck-it-Ralph coming out, there’s a collective remembrance of what it was like in the game room, and I miss those days. I wish my son could have seen the rows and rows of uprights, but I’m glad I don’t have a pocket full of quarters anymore. This is great blast from the past, done well. Hats off to Midway.

Final Verdict:
SUPERB
A time capsule of some of the best arcade games that Midway has to offer, now in HD.
A copy of this game was provided by Developer/Publisher/Distributor/PR Agency for review purposes. Click here to know more about our Reviews Policy.