Might and Magic Clash of Heroes heading to PC

Posted By Rashid Sayed | On 17th, Aug. 2011 Under News | Follow This Author @GamingBoltTweet 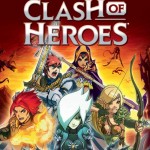 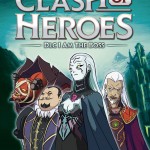 Ubisoft have announced that Might and Magic Clash of Heroes is heading to PC on 22 September, 2011.

Might and Magic Clash of Heroes takes place 40 years before the Heroes V saga. Scattered across five different regions of Ashan, 5 young heroes must travel their own dangerous paths to grow in strength, unravel a demonic plot, and ultimately save the world from Chaos.

The PC version promises to have better HD graphics, online multiplayer, exclusive items to unlock as well as a 1 versus 1 offline hot seat mode.

Gamers who preorder from UBIshop will receive the first DLC for free, which allows players to master four new powerful bosses in Quick Battle and multiplayer modes.

You can preorder the game from August 18th onwards over here.

Tagged With: Might and Magic Clash of Heroes, pc, Ubisoft