Graphical hitches and minor annoyances hold back Might and Magic X Legacy from achieving greatness.

Detailing an intricate narrative about deceit, war and supernatural creatures, Might and Magic X attempts to lure the player through the use of its opening cut-scene in order to get your interested in its story. The illustrative scenes of war, creatures of light and darkness are no strangers to the RPG and turn-based action genres. While the introduction is an impressive piece of work, the use of dialog trying its hardest to get me to care simply wasn’t cutting it.

The core of the game lies within its gameplay, and I had to switch focus on what the game was trying to deliver to to the player. That being said the game needs a reason for playing through, so if deception and troubled kingdoms are to your liking, then take a seat.

Placing a huge focus on customization from the get go, you are required to make a group of warriors that will take their place within the game’s story, and this is done through its creation mode. Creation mode allows you to create and customize a party based on your preference of Humans, Elves, Dwarves, and Orcs. Random and default party options are available for those who would like to get straight into the game, but the time taken to create your own party may pay out for you better in the long run. 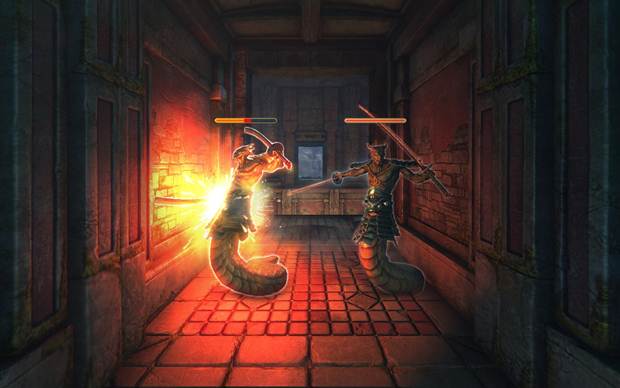 "Adventurer presents a less challenging path towards character progression and enemy encounters, paired with a higher focus on the story. The Warrior difficulty is designed for those who wish to go all out, and who desire greater rewards from a more devastating challenge."

Character creation mode takes the player into a more detailed path whereby traits, advantages, sub-division classes from within the chosen race, and in-game history are available to select from. Starting my first playthrough with a group purely consisting of Elves, I was given the choice of Bladedancer, Ranger, and Druid all with their each unique set of weapons and skills.

At the heart of these sub-division classes the obvious assets which they provide are those that favor swordplay, a bow and arrow, and lastly spellcasters who as you may have guessed it are those of magic based abilities. Each member of your group can be given various weapons and magical traits, as well as a small selection of faces for thumbnail purposes during gameplay.

Before entering the game upon your completion of building your character, the game allows you to allocate a short amount of skill points which you will later earn more of in the game, to add to your list of current attributes, such as Might, Magic, Vitality, and Health. As the party creation mode is relatively time consuming the options for random and default parties are appreciated.

As fun and intuitive as the creation mode is, this is only for those who wish to fully get the most out of the game and invest real time into it. Those looking for a couple hours of mindless enjoyment not to mention a challenge will benefit from getting to grips with the game initially from the random party creator, and venture back into the creation mode later on or when they’ve finished the game.

The game provides two levels of difficulty: Adventurer or Warrior. Adventurer presents a less challenging path towards character progression and enemy encounters, paired with a higher focus on the story. The Warrior difficulty is designed for those who wish to go all out, and who desire greater rewards from a more devastating challenge. 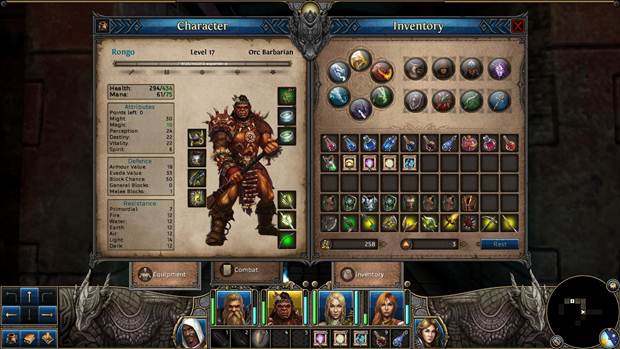 "The game runs smoothly when it wants too and craps out in certain instances when it so desires. After adjusting the settings from a mix of both low, medium, high, and ultra, as well as playing around in between it was clear that this was an issue with the game itself."

Might and Magic X Legacy plays like a traditional turn-based action game, and as the game is viewed through a first-person perspective your characters are represented through icons located at bottom of the screen. Combat works in a manner of switching between your group members and making use of their current attacks and skills available. Mana, health potions, and antidotes are at your disposal, as too are the items, armor, and jewelry you may have found along your quest. Different race and character classes differ from each other in terms of resistance and how they fair against enemy attacks like poison damage and evasion.

The game allows for a fair amount of exploration through caves, forests, towns and the like where character progression and looting becomes more open to you as you venture along. These areas and environments differ from each other and provide a  reasonably distinguishable setting from the last. There’s only so much emphasis that can be taken to the immersion of a fantasy world in which games that follow this theme dare to be different from one another. There’s no doubting the beauty in its level design and the game world itself looks downright amazing, but how the game handles these visuals is another story.

While the settings vary across a peliphera of scroll bars and toggle boxes in order to please the graphics enthusiast that lays buried within the PC gamer, the game clearly has optimization issues that need to be addressed. The game runs smoothly when it wants too and craps out in certain instances when it so desires. After adjusting the settings from a mix of both low, medium, high, and ultra, as well as playing around in between it was clear that this was an issue with the game itself. These issues also extend onto the game’s controls and key-bindings, and as the game doesn’t deliver a friendly tutorial or hint system for you to get to grips with its control scheme. Players new to the series will no doubt suffer. 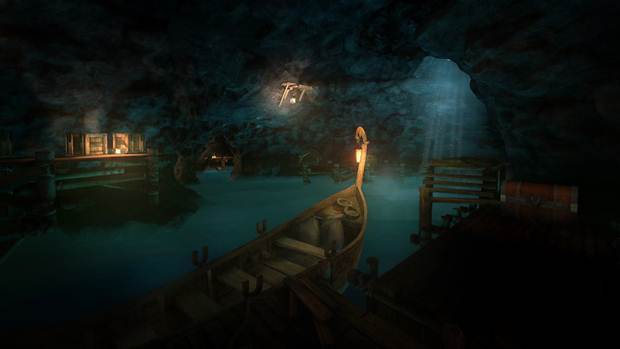 "The key-bindings itself do take a decent amount of time to come to grips with and will often have you referring back to the menu during your first hour or so of the game."

The bugs present within the game’s control scheme occasionally suffer from being unresponsive, this directly affects character navigation throughout the world and its gameplay. The key-bindings itself do take a decent amount of time to come to grips with and will often have you referring back to the menu during your first hour or so of the game.

This feels punishing almost and non-friendly to games of this type. Once you are familiar with it however the enjoyability of the game begins to take hold and you’ll find yourself rebinding them to a style that suits your needs. As there are plenty of them I would have appreciated some ease to its learning curve.

Despite the various graphical hitches and issues in key bindings, the game features rewarding combat and vast customization options. Might and Magic X Legacy is an enjoyable game that will mostly be appreciated by old school gamers.

Rewarding combat and an intricate level of customization make it a joy to play.

Graphical hitches and an issues in key bindings are annoying.

Despite a few minor set-backs within its graphical options and overall appearance, Might and Magic Legacy X is an enjoyable game that fans of the Old School owe it themselves to play.

A copy of this game was provided by developer/publisher for review purposes. Click here to know more about our Reviews Policy.
Tagged With: might and magic x: legacy, pc, Ubisoft