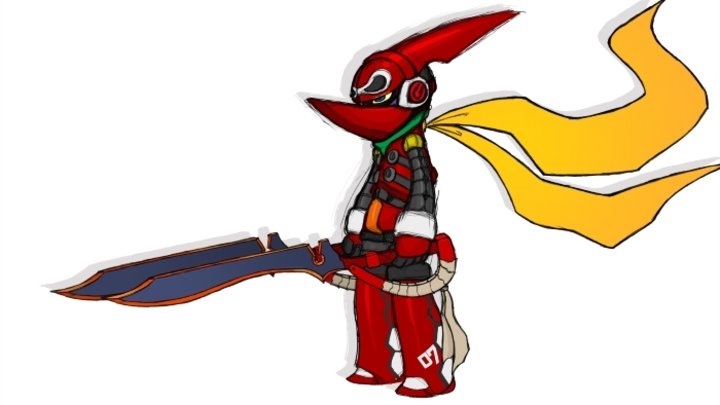 Mighty No. 9, Keiji Inafune’s spiritual successor to the Mega-Man series, has just got its ultimate boss revealed today- Mighty No. 7, and he is the design that you see above.

The design wasn’t originally meant to be what it is now, but positive feedback from the community after some unintentional leaks solidified the decision to go through with it anyway.

“To be honest we were a bit apprehensive at first at the idea of a single boss with such a strong fruit motif, but when we saw how much attention and love the early leak got from our community, the entire team got behind the idea,” game designer Imaeda wrote. “Inafune especially loved his crimson coloring and felt a special bond with him right from the start.”

His design ties in very closely to his backstory and motives, apparently, so maybe players who are familiar with how the lore in Mega-Man games usually works can figure out who and what he is and why he is the ultimate boss.